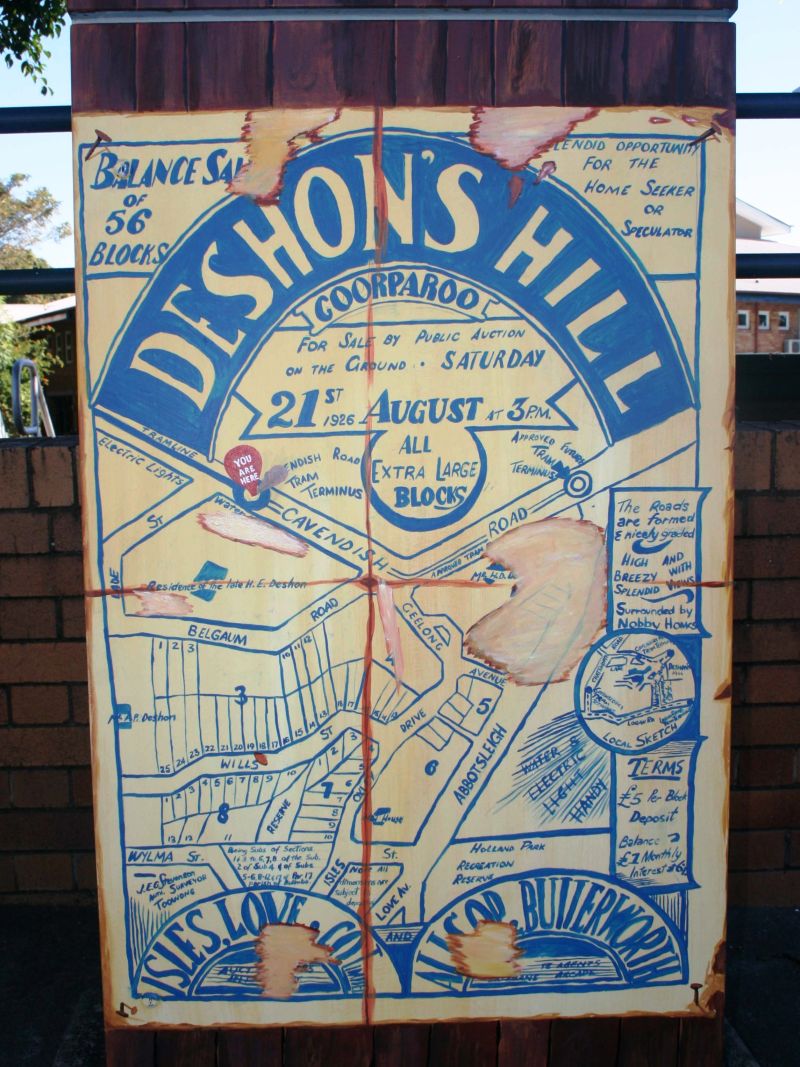 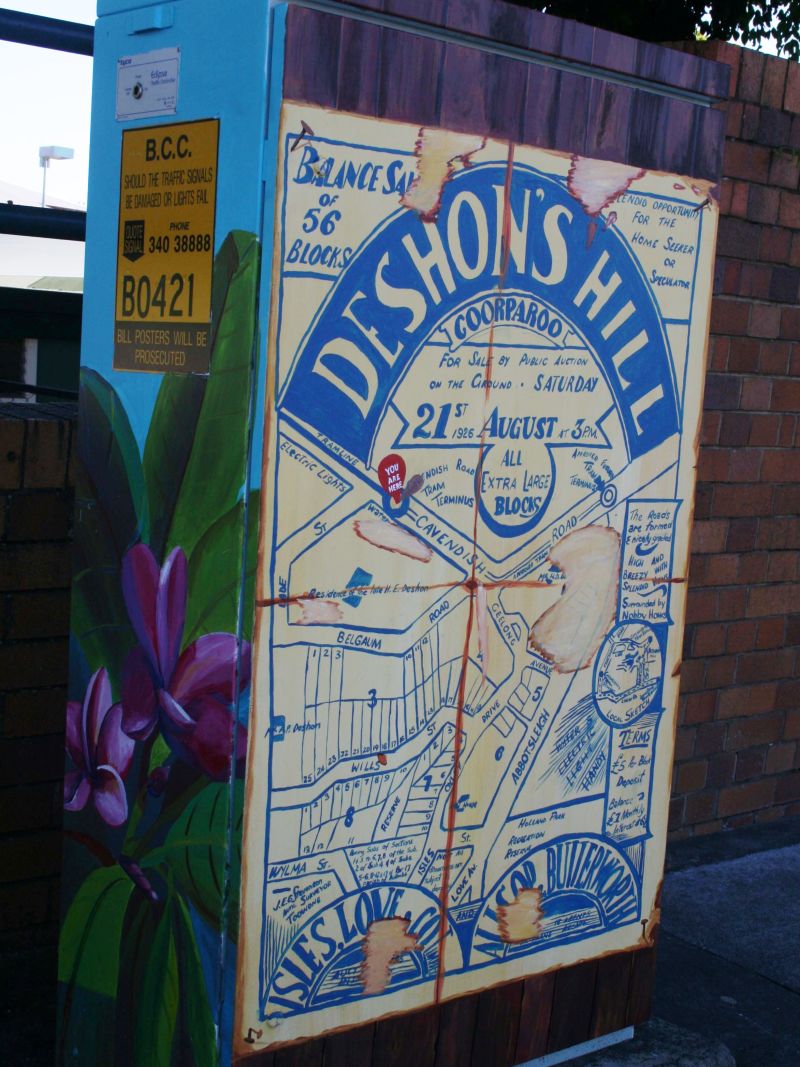 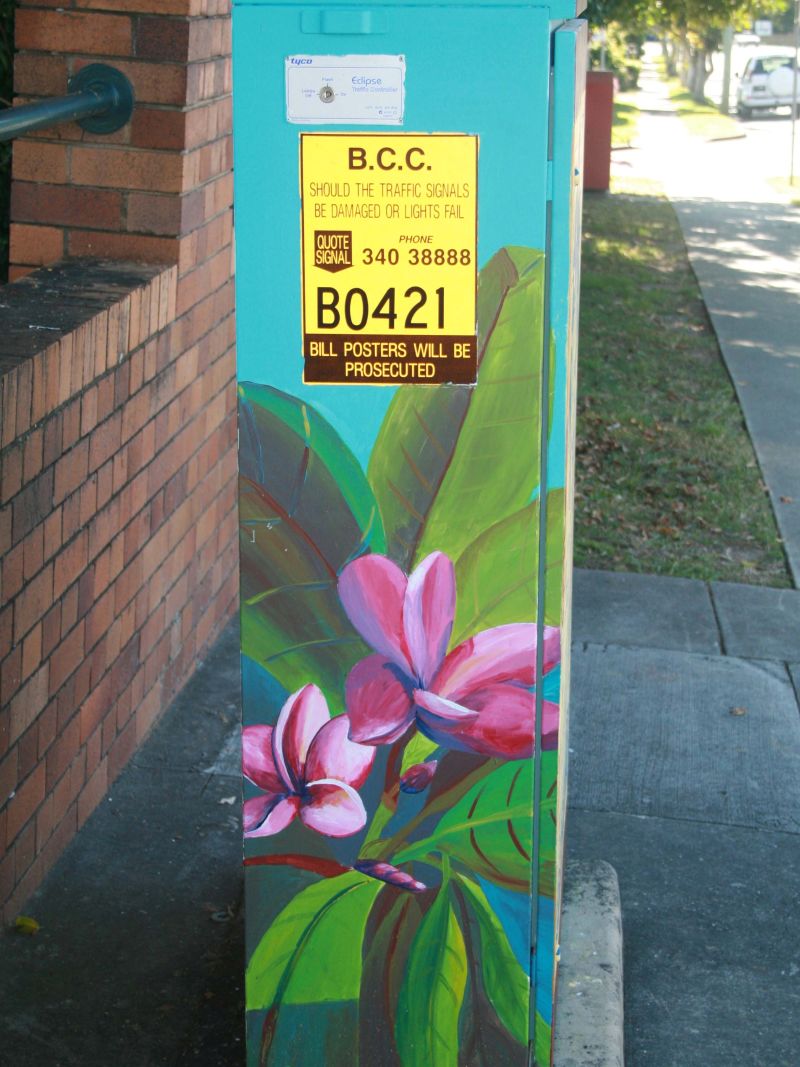 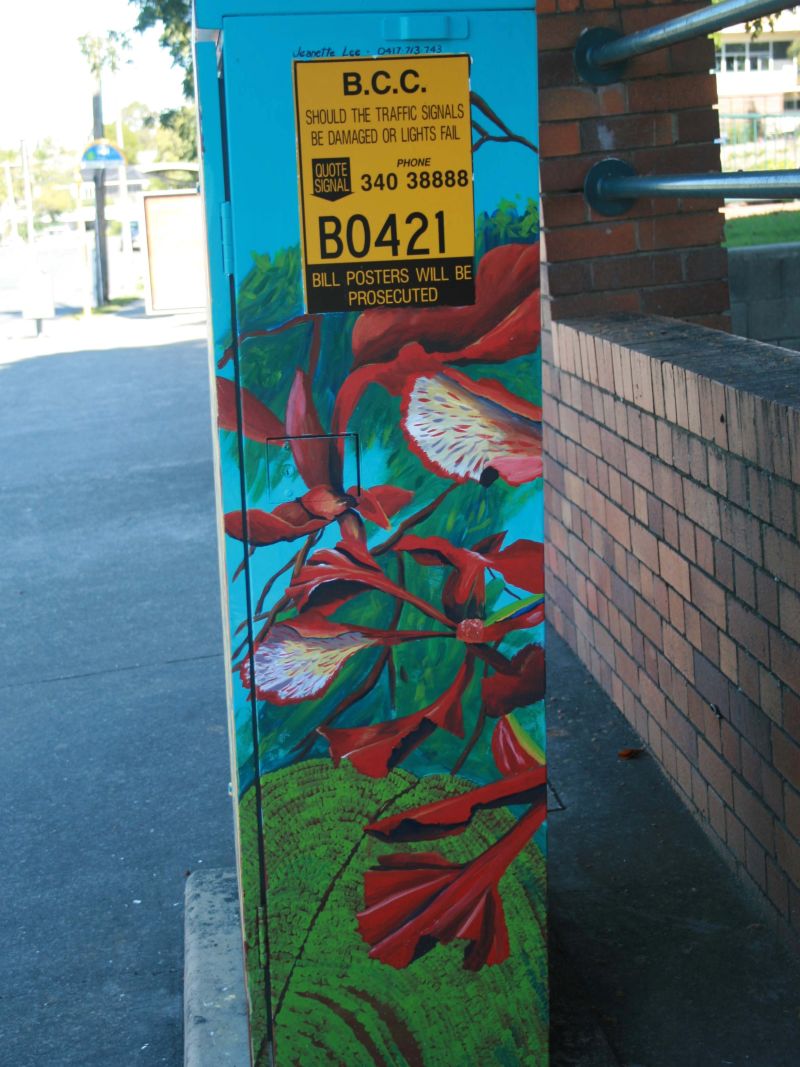 “Deshon’s Hill” was given to us when we bought our house from John Deshon. His family settled this area of Coorparoo in the late 1800’s. His family owned much of the land in the area which was later subdivided as per the flyer. The old family home was donated to the Loreto Convent which is now the site of the Loreto College Catholic girls school. 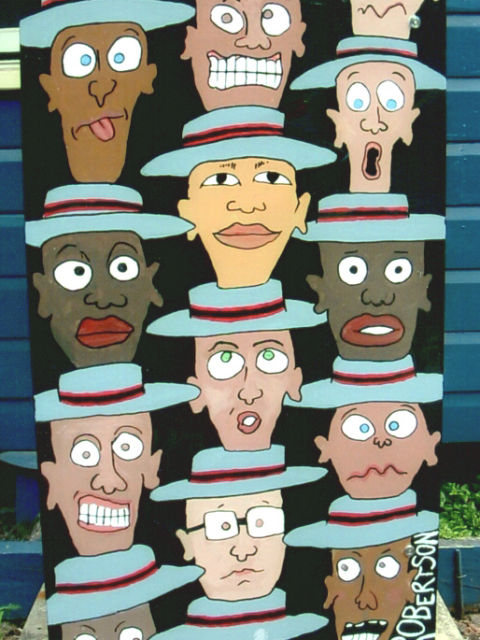 Other artworks by Jeanette Lee 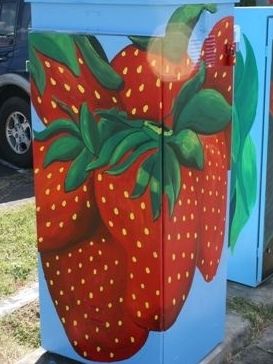 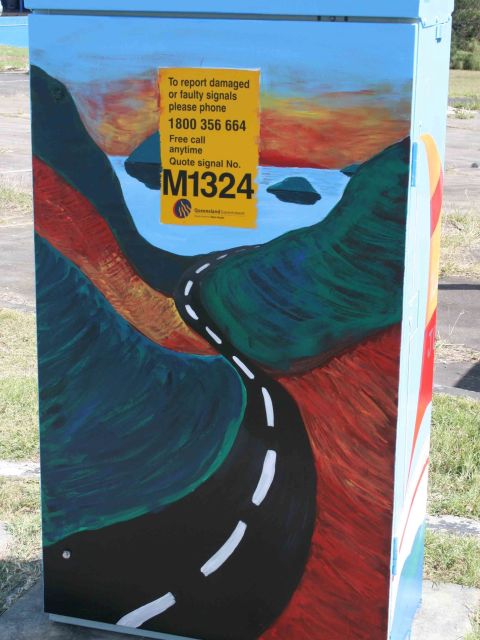 All Things Redlands I
Capalaba, QLD