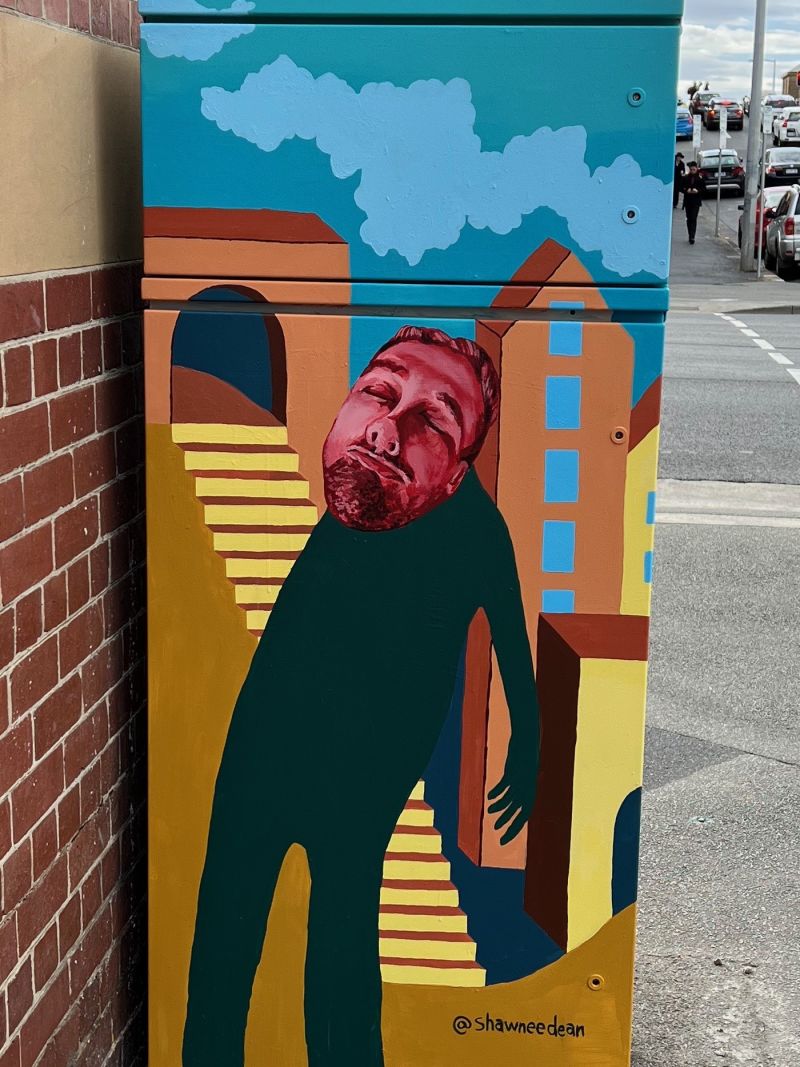 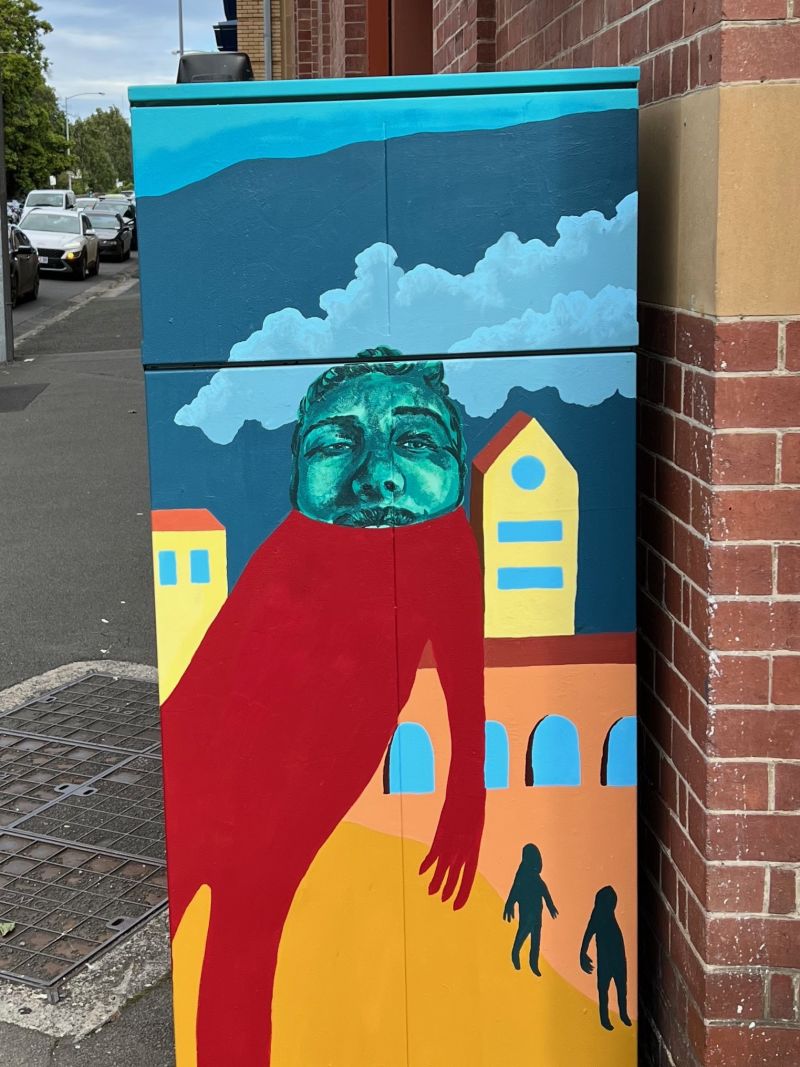 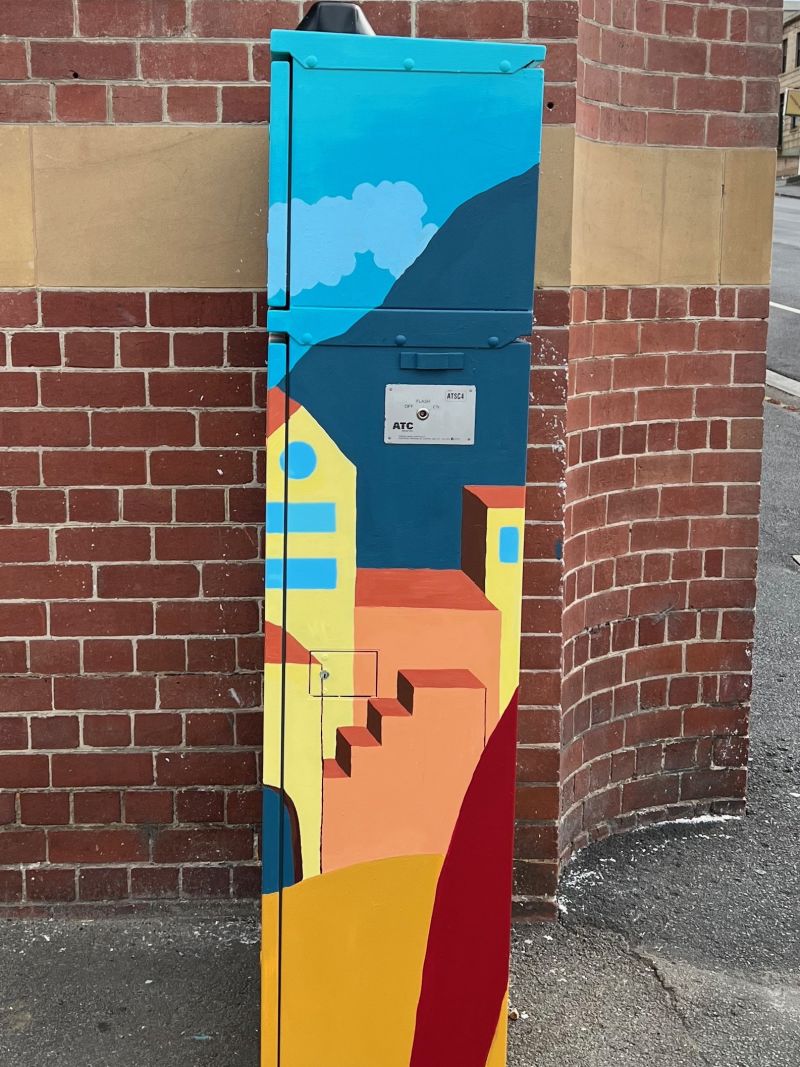 The artwork presents a conceptual view of the way people move through and interact with the city space and each other. I have depicted the city as a kind of dreamscape with elevated tones and simplified shapes, while presenting the key figures as similarly simplified forms that are floating through their environment. However, the two main figures appear to be poking their heads or parts of their faces above the metaphorical water or pushing flow of the city below. The contrast of detail in their revealed faces to the rest of the scene highlights how once we make the effort to look up and around things come more into focus and we may connect in ways we didn't expect. 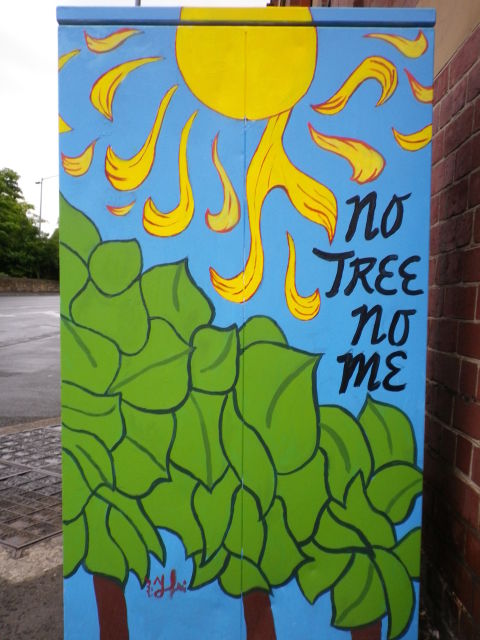