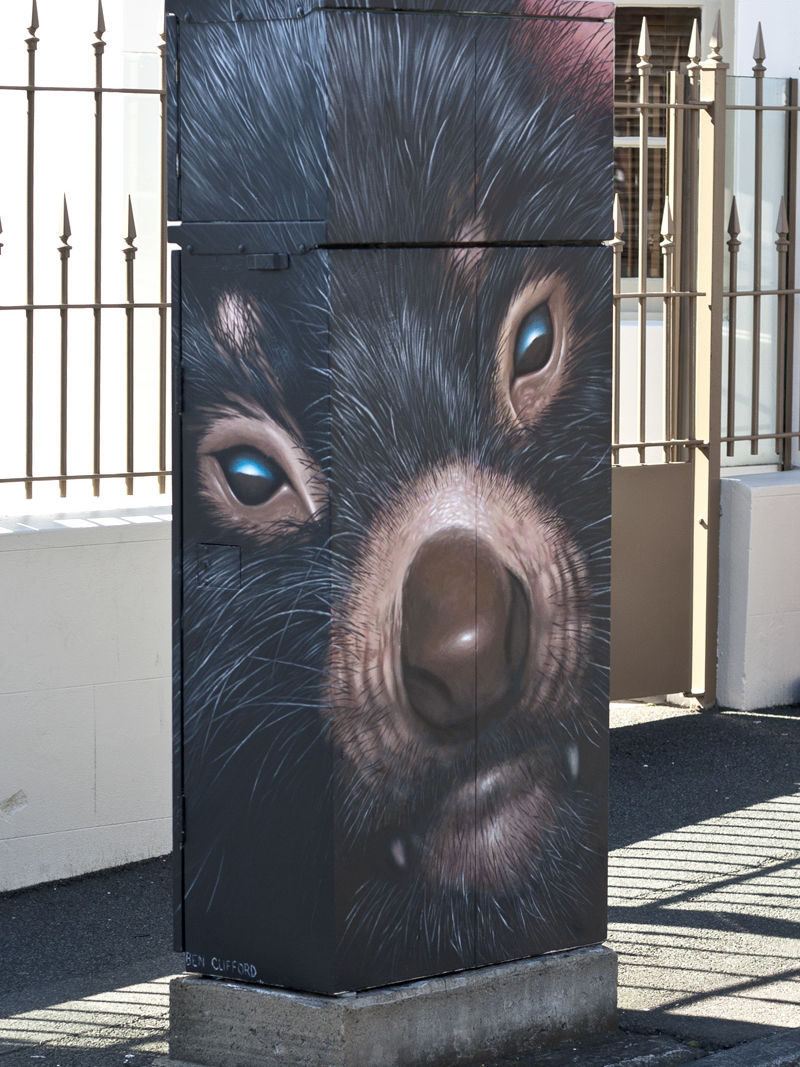 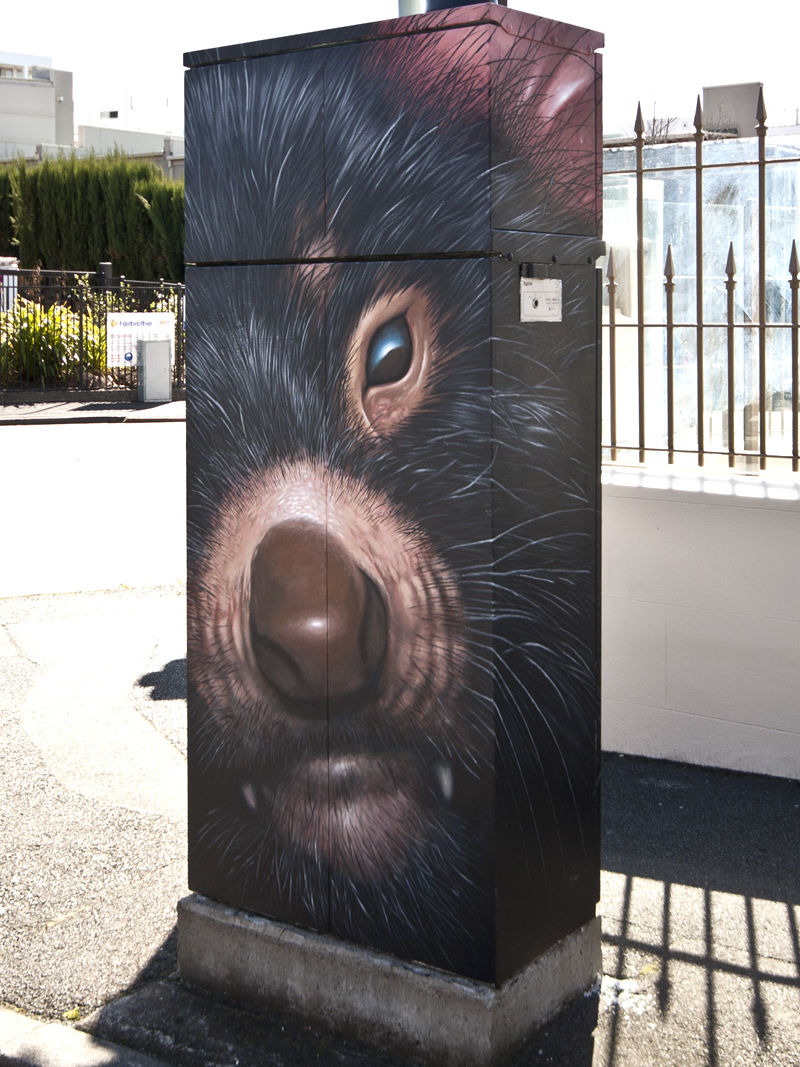 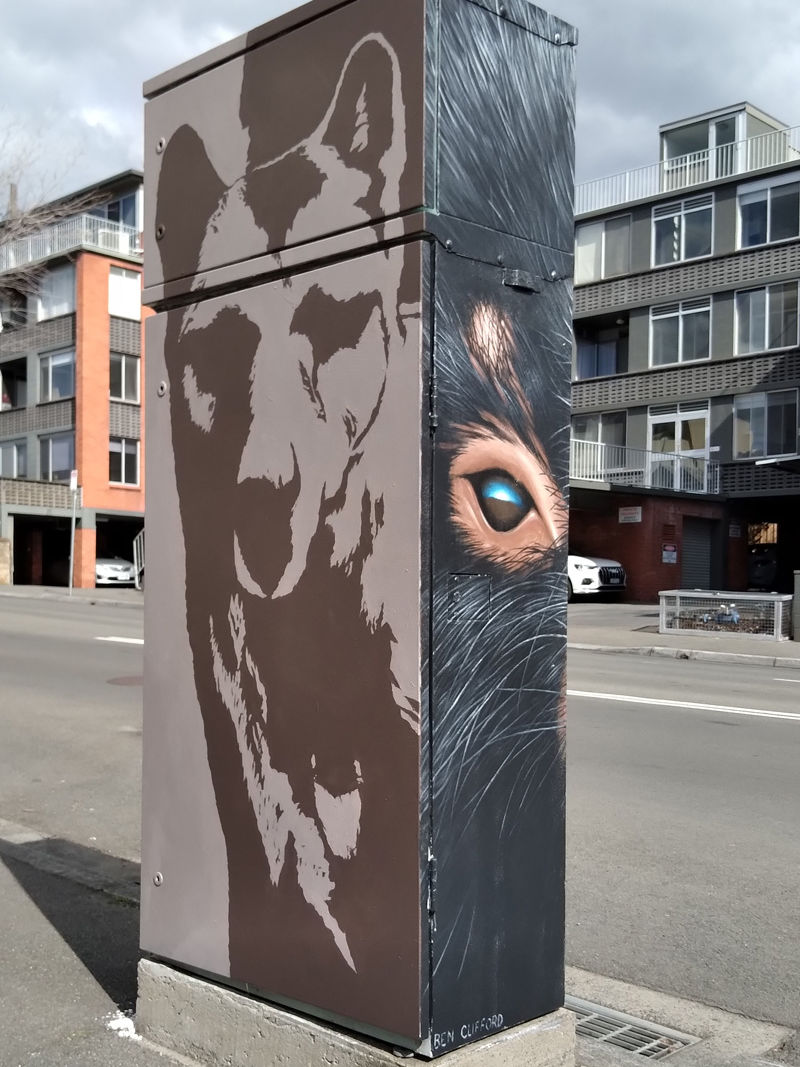 Featuring a Tasmanian Devil as a tribute to Mary Grant Roberts (1841 - 1921) who lived near by this location.
On her property Mrs Roberts built enclosures for animal welfare. With no formal scientific training Mrs Roberts was skilled in animal care. Her property that was set in attractive gardens became noted for its display of thylacines. As the first Tasmanian keeper to attract international attention to indigenous Tasmanian fauna, she was elected a corresponding member of the Zoological Society of London in 1910. She was well known as the first to breed Tasmanian devils in captivity, publishing a study of her achievement in the society's Proceedings of 1915 (something difficult for a woman at the time).

Mrs Roberts joined in many social issues. Concerned for the welfare of native animals, she founded the Game Preservation Society and the Anti-Plumage League (1910) and was responsible for the Royal Society of Tasmania's campaign to strengthen the State's protective legislation. She helped to found the Tasmanian branch of the Girl Guides' Association, was a council-member of the Art Society and the Mothers' Union, committee-member of the National Club and Young Women's Christian Association and a delegate to the Tasmanian National Council of Women. 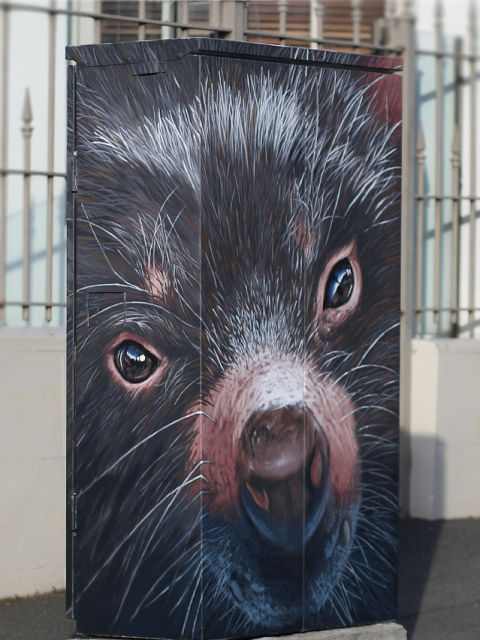 Other artworks by Ben Clifford