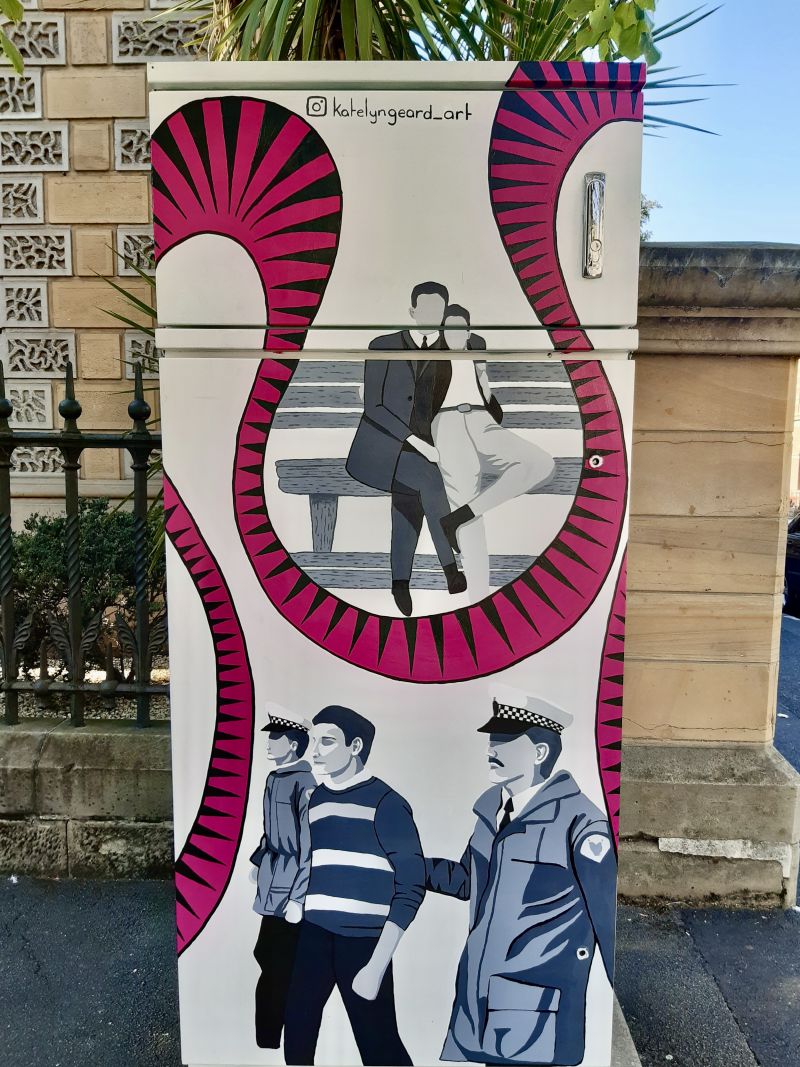 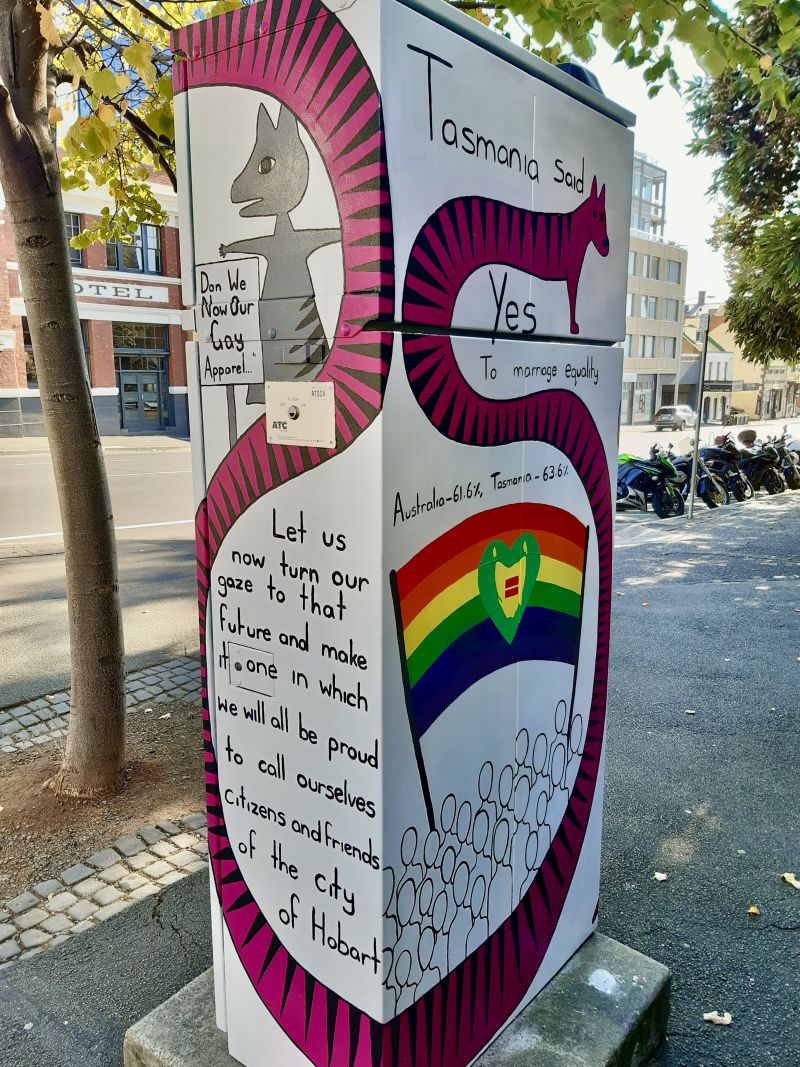 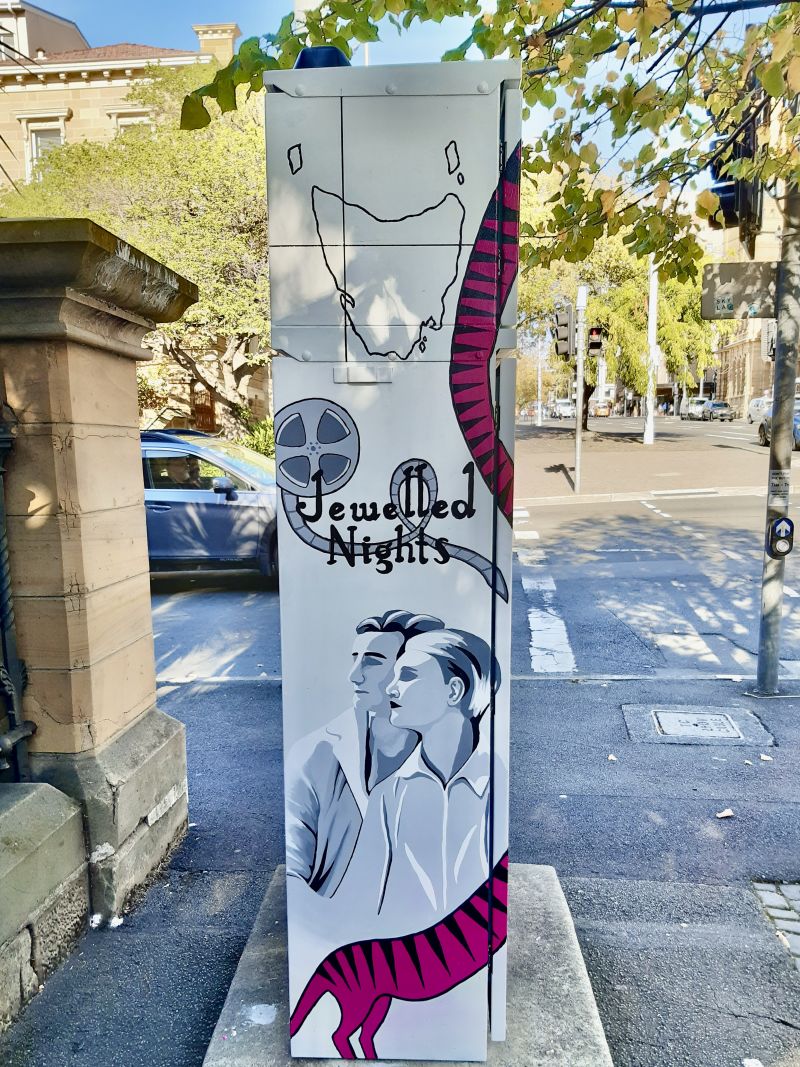 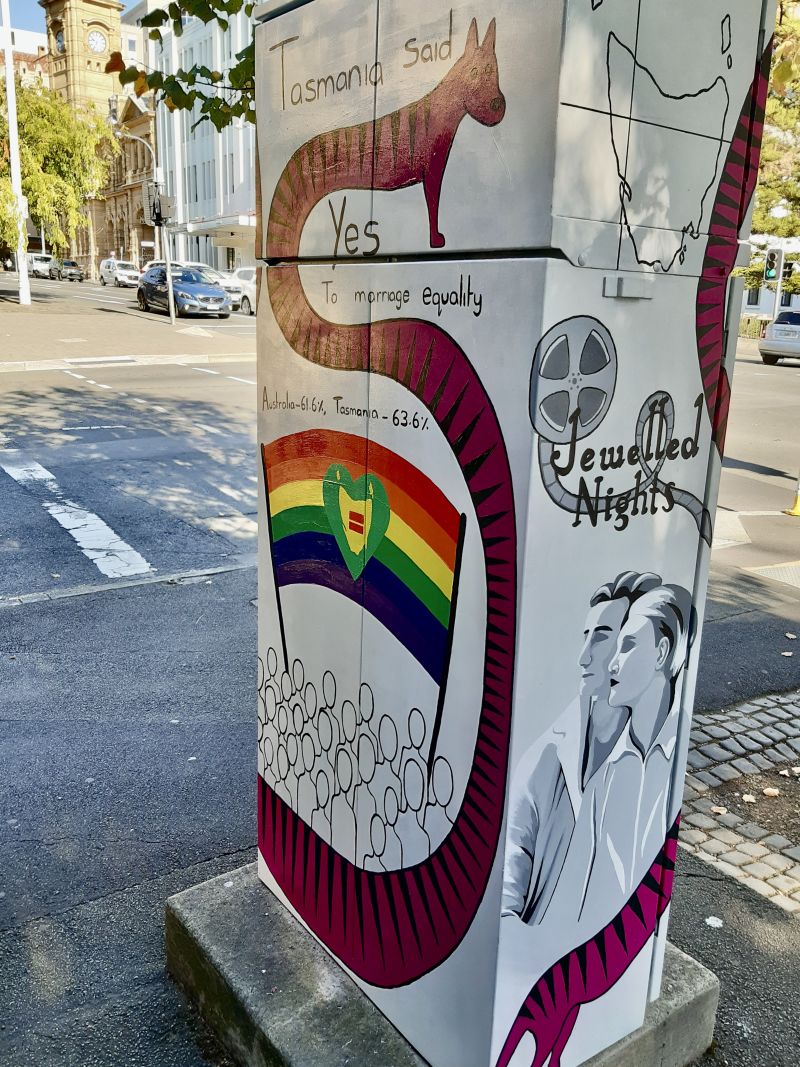 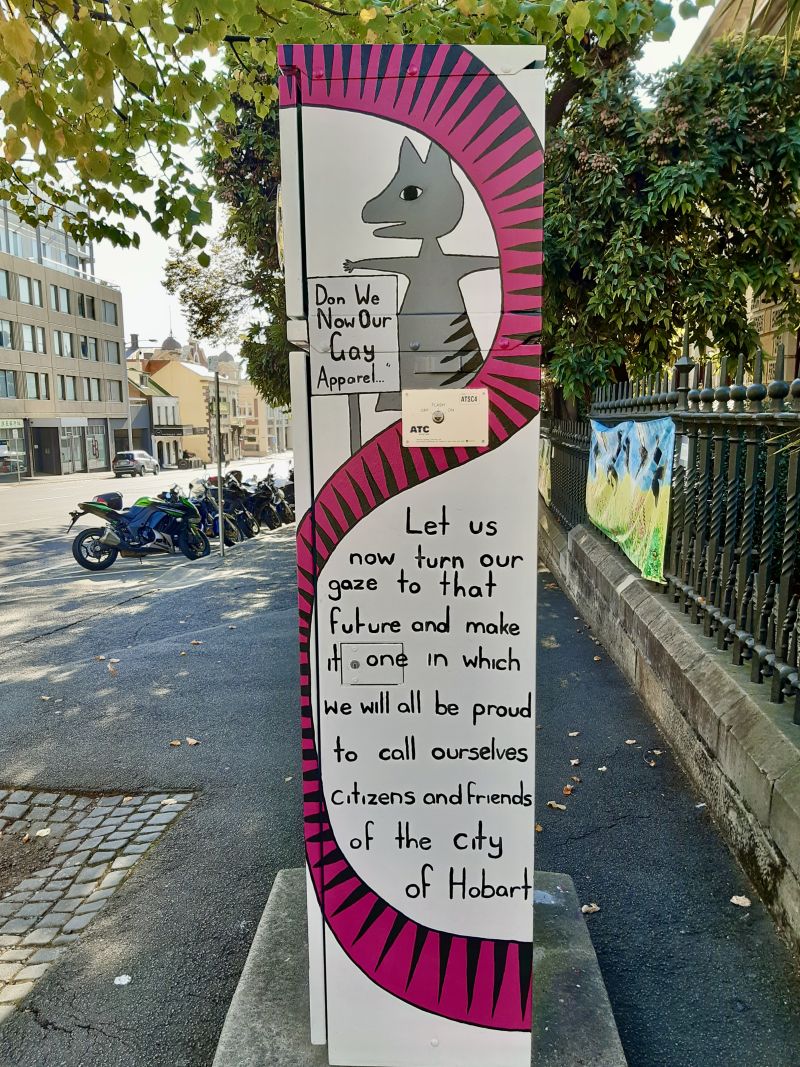 A Journey Through Tasmania's LGBTQIA+ History

Three sides of a box telling the story of Tasmania's rich and nuanced LGBTIQA+ history. The first side represents the silent film Jewelled Nights that was filmed in Tasmania in 1925. Jewelled Nights had a strong theme of sexual and gender ambiguity. It was based on a novel by Hobart writer, Marie Bjelke Petersen, who was in a same-sex relationship. The first Australian female star to succeed in Hollywood, Louise Lovely, wrote, directed and starred in Jewelled Nights. The producer was her husband Wilton Welch who was gay. Louise Lovely later ran a lolly shop at a cinema directly opposite this signal box.

The middle panel represents the earliest surviving photo of a gay couple in Australia, taken in the 1890s at Ferntree in Hobart. There is also a depiction of the arrests of LGBTIQA+ rights supporters at Salamanca Market in 1988. Protesters defied the Hobart City Council 's order to close down a stall calling for the decriminalisation of homosexuality. 130 arrests were made in what remains Australia's largest act of LGBTIQA+ rights civil disobedience.

The final side shows the LGBTIQA+ community's involvement in the annual Christmas Pageant in 1991 despite opposition from the Hobart City Council. Some Councillors expressed their disdain by turning their backs on the LGBTIQA+ contingent from the balcony of the Town Hall, just across Argyle Street. There is also an excerpt from the Council's formal apology to the LGBTIQA+ community in 2008 delivered in the Town Hall ballroom. The final side represents reconciliation and the Tasmanian community becoming more accepting of its LGBTIQA+ members in the future.

Stretching across the three panels like a ribbon is a pink thylacine, an image that has been used to represent Tasmania's LGBTIQA+ community for some time, including in the style of a Chinese Dragon in the Christmas Pageant and in Mardi Gras parades. The thylacine being the only colour element of the box will draw attention from people a distance away from the box and the timeline of images will be viewed from a closer proximity. 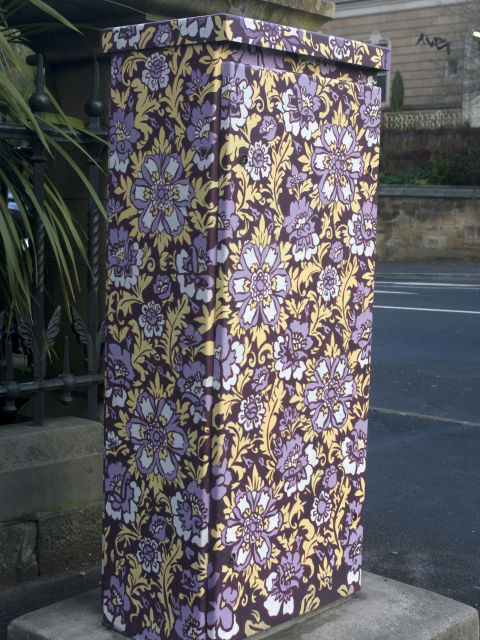