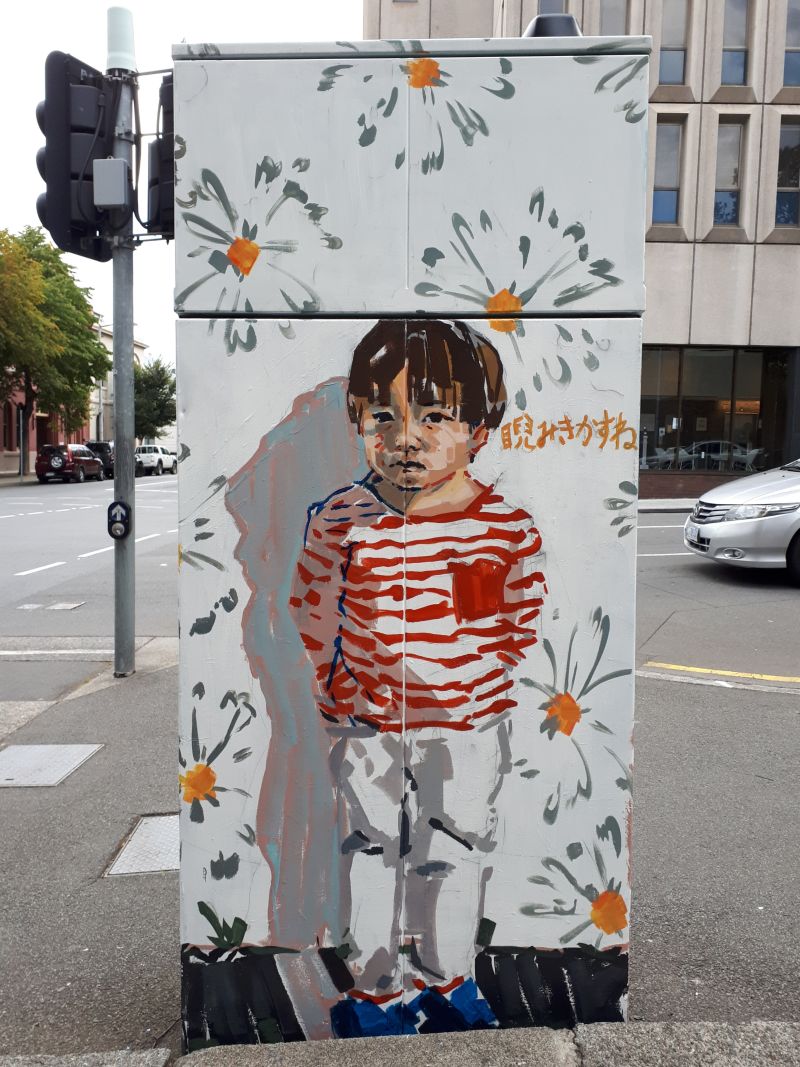 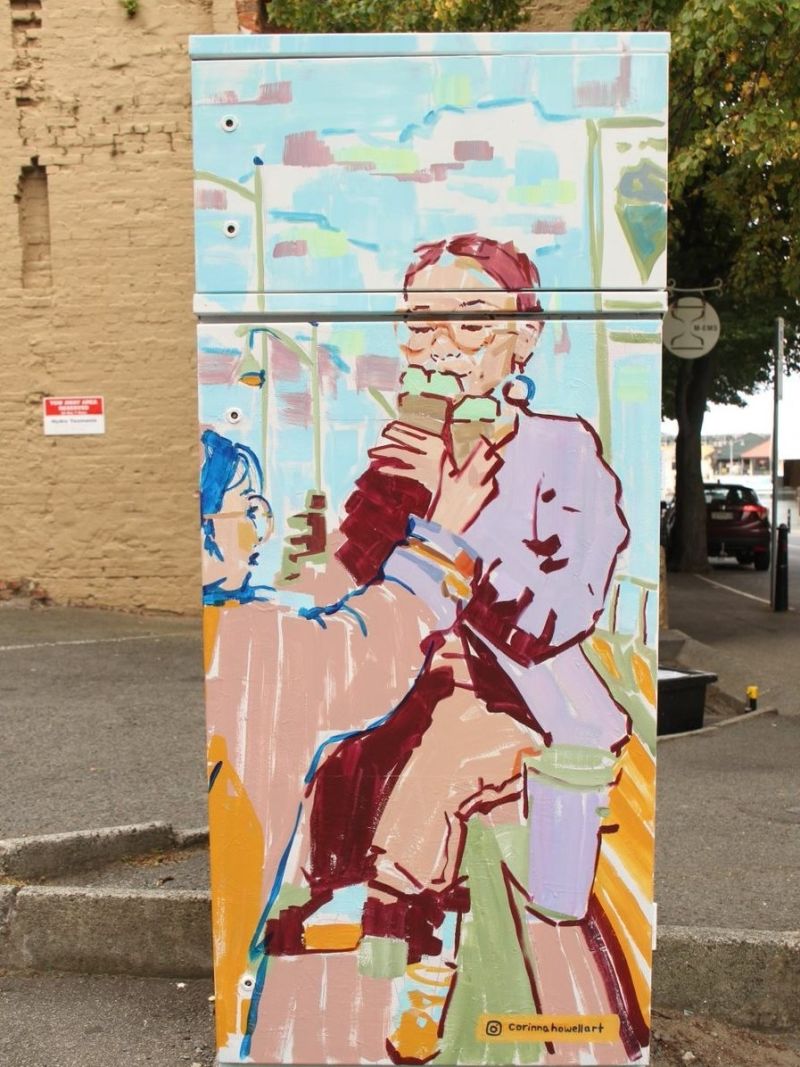 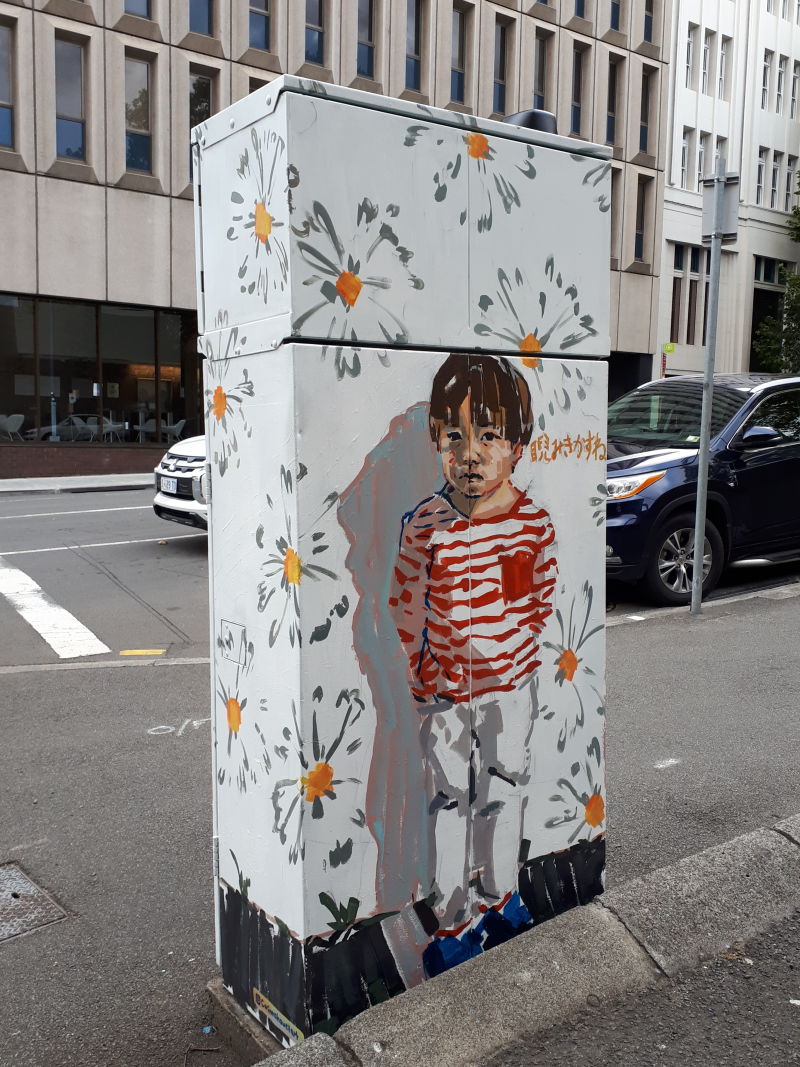 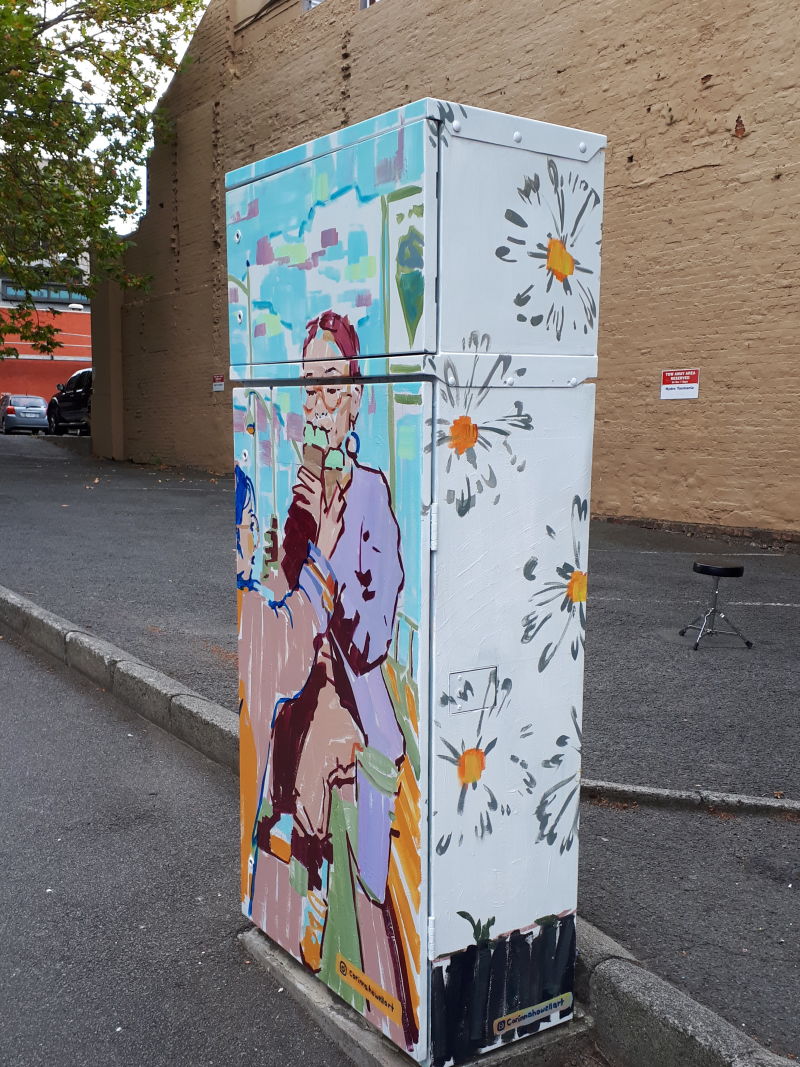 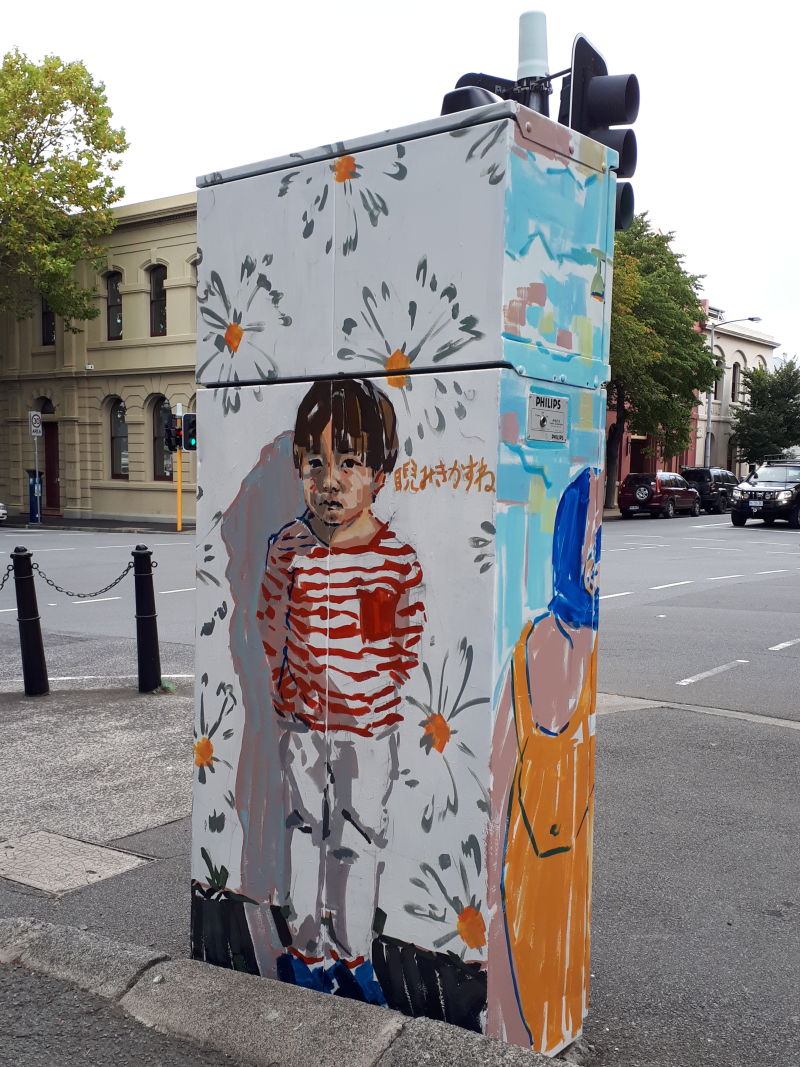 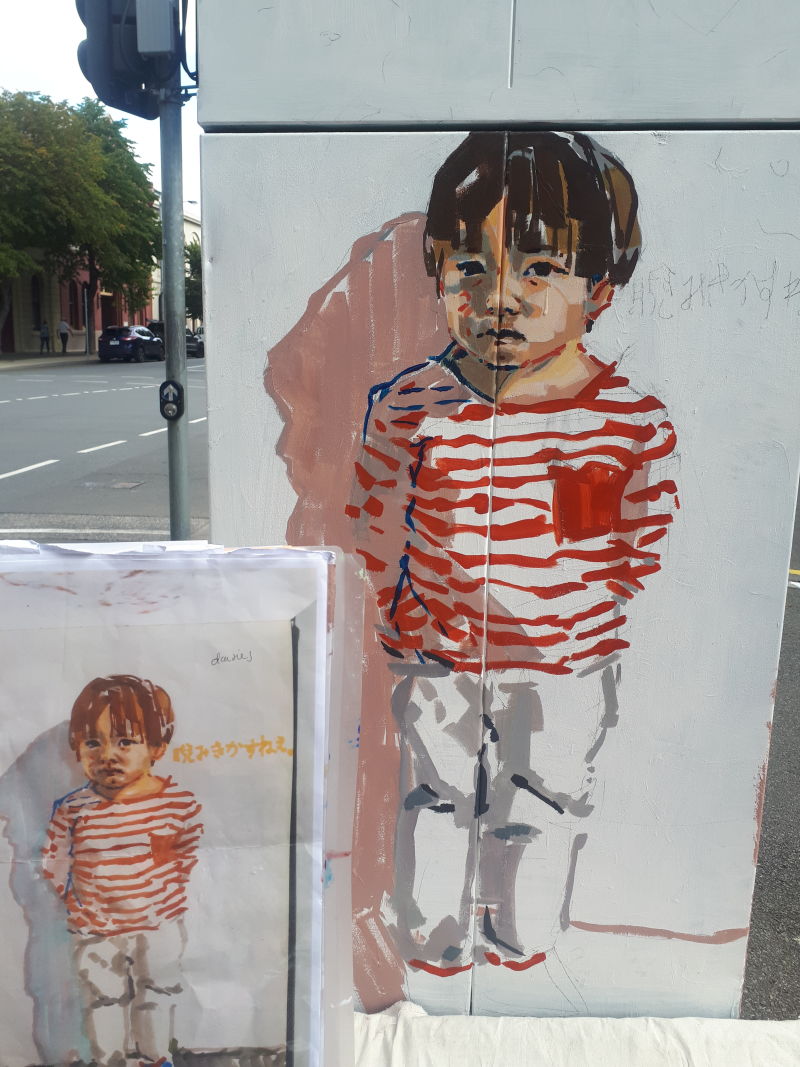 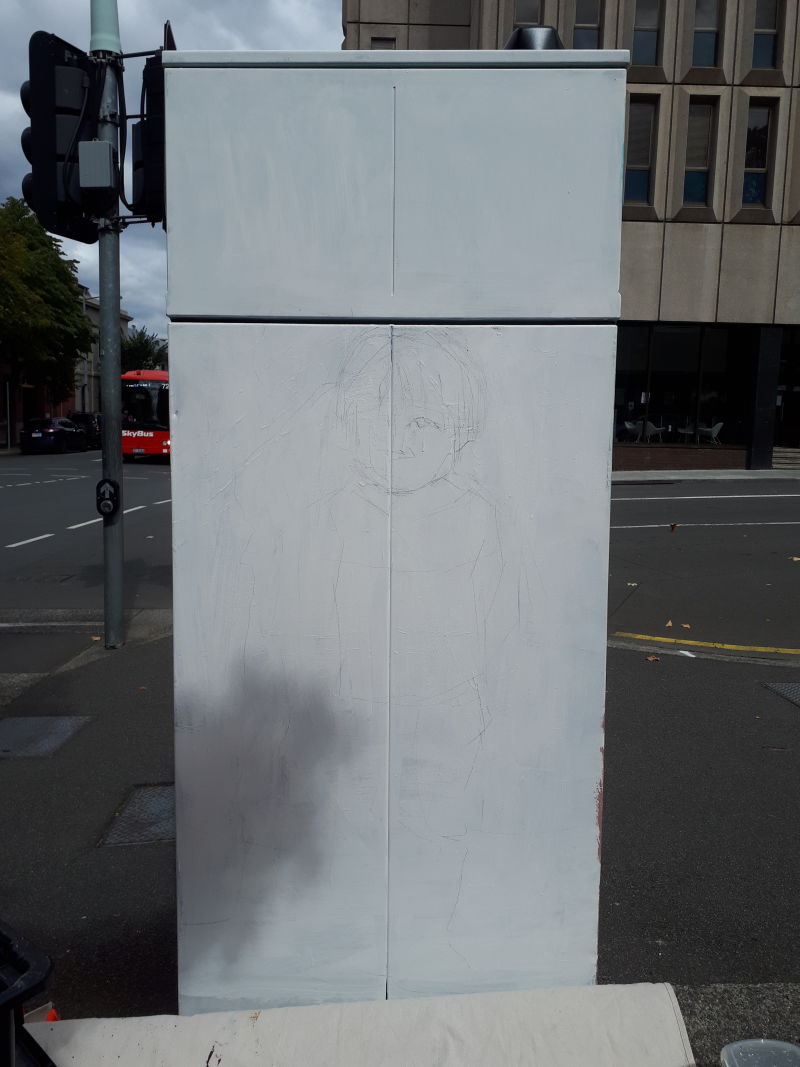 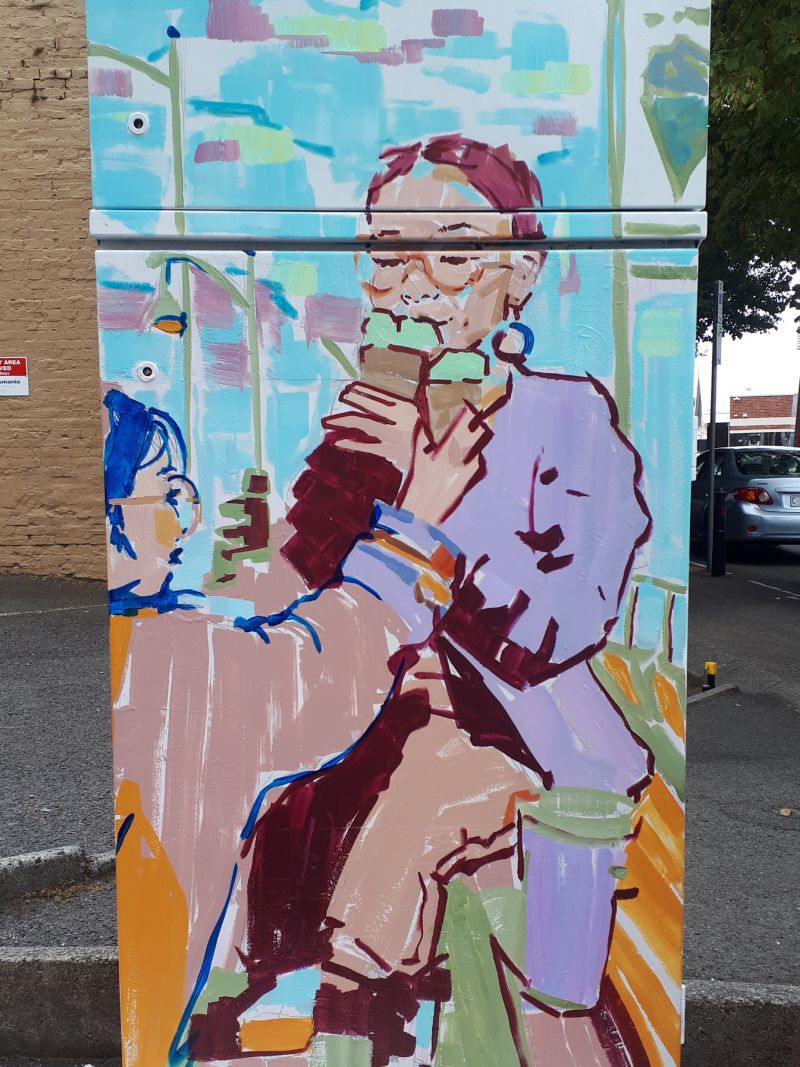 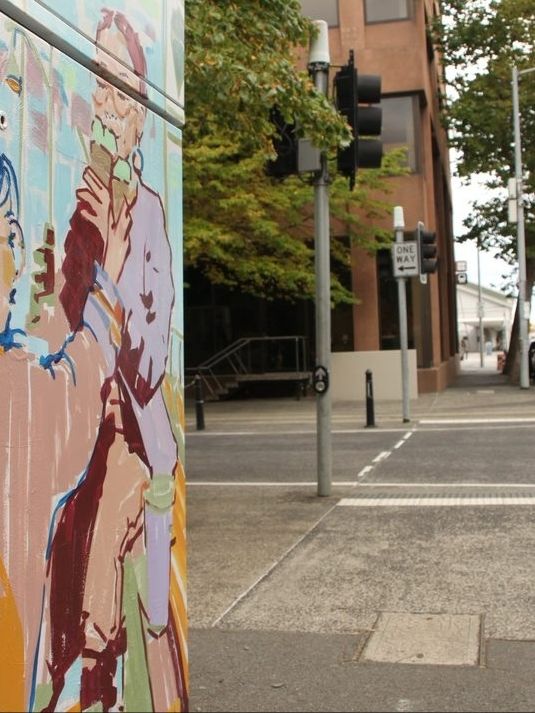 The artwork is a remake of two original drawings with the above titles. Initially I had intended on just including "ice cream at franklin wharf" but realised I had much more space to utilise and would like to take the opportunity to include the second work "Islay's Glare". The first is a portrait of two friends sharing an ice cream at the nearby franklin wharf. The second is a portrait of my brother standing against a plain white wall with the caption in Japanese, translated to "He has such a glare". This image was originally an Instagram post, hence the floating description.

I first wanted to include "ice cream at franklin wharf" as in the warmer seasons it is the classic representation of the people-scape in that area - The warm smooth skies, ice cream at the docks, seagulls waiting for a chip, and of course, it's Tasmania, so we still have our down jackets on.

The second image I enjoy for the illusionary quality it will have when painted - maybe you'll have a double-take to check that the boy standing there isn't real. He leans against the wall at the curb-side, squinting through the sunlight. The placement of the caption may hint at a social media snapshot. The daisies reflect the child's whimsy, innocence, and the warmth of our spring and summer seasons.

The colours included in both the works compliment each other, as well as the nearby buildings and structures in the area. 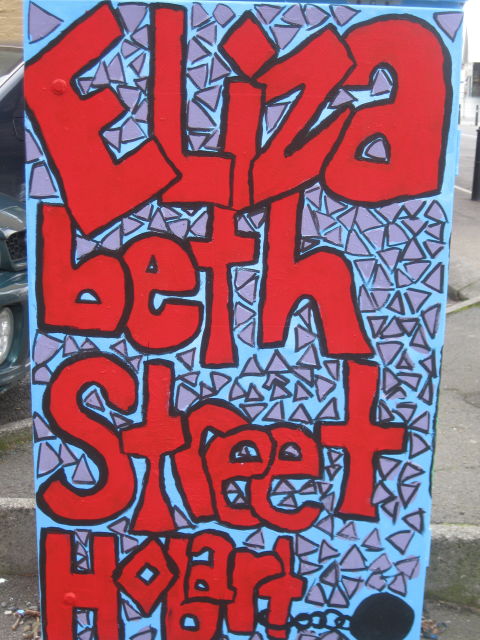