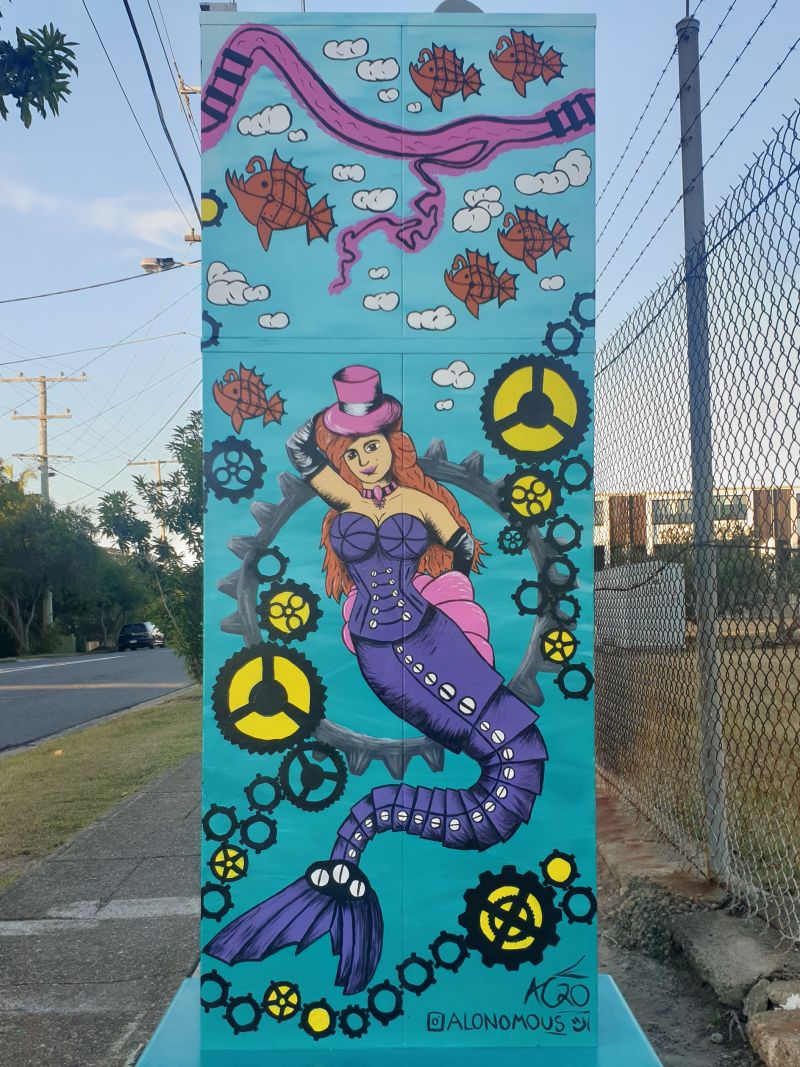 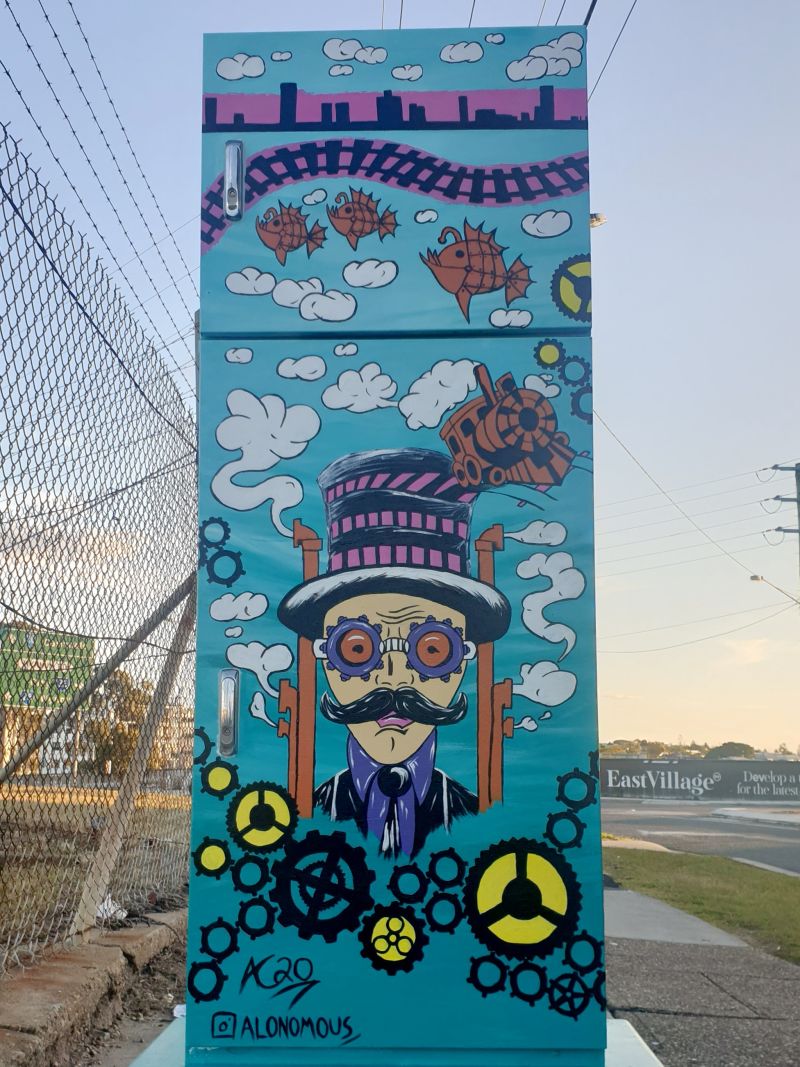 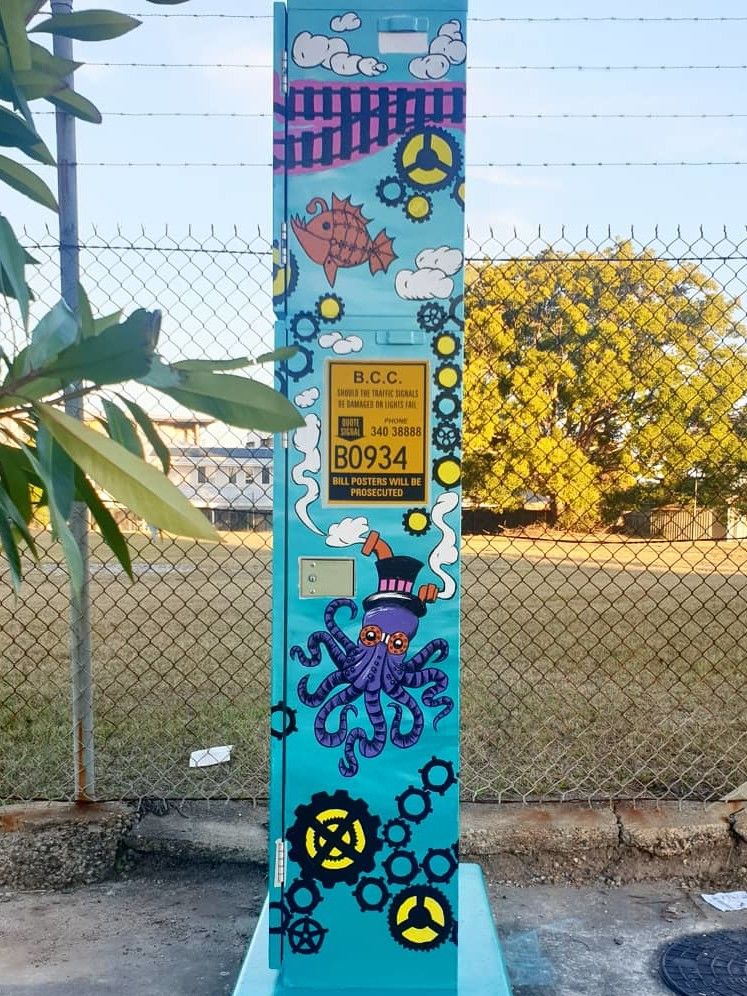 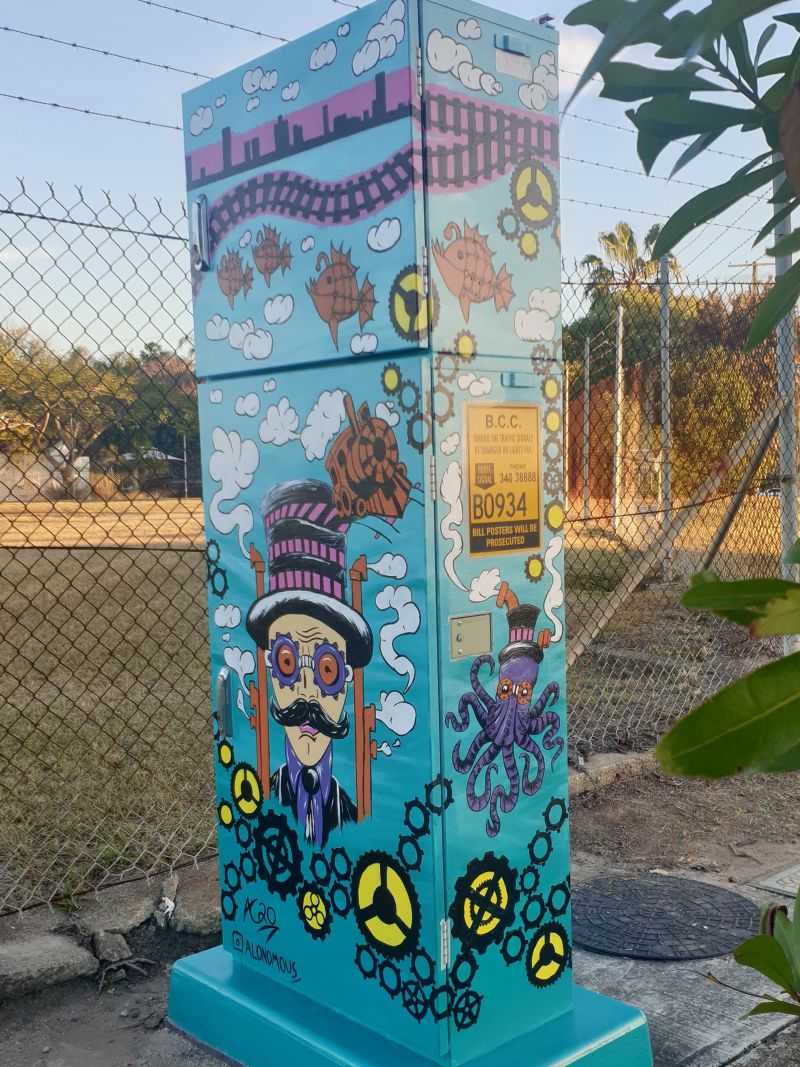 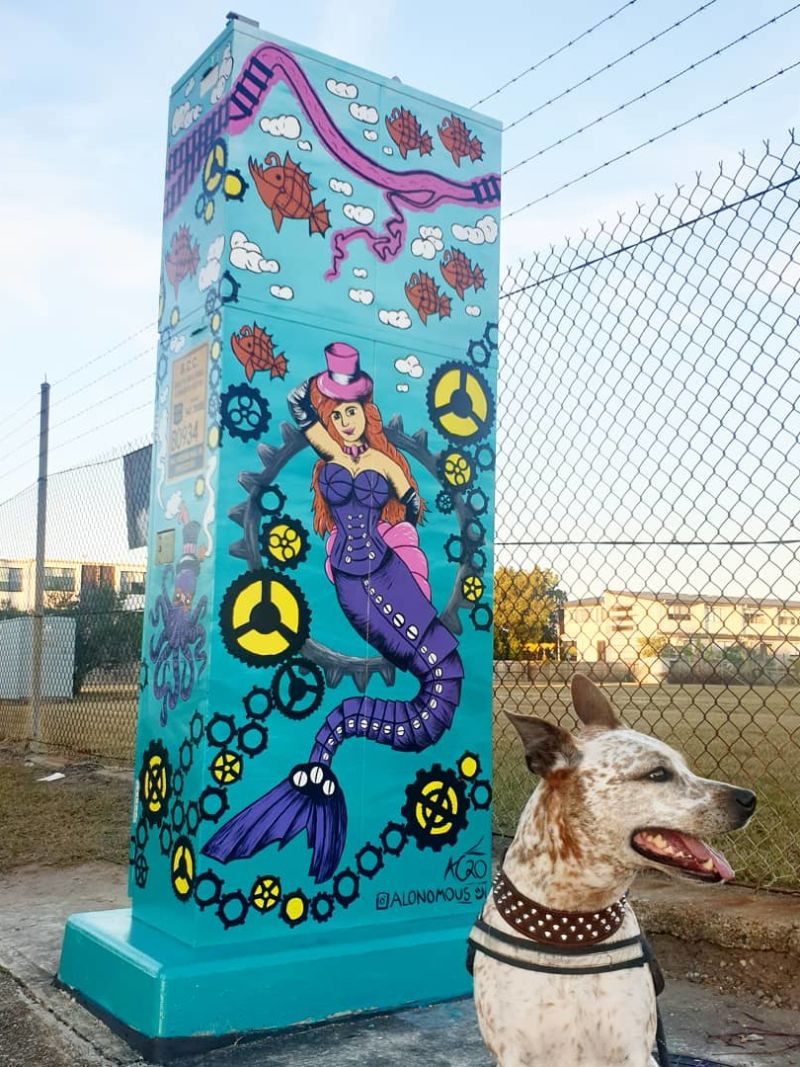 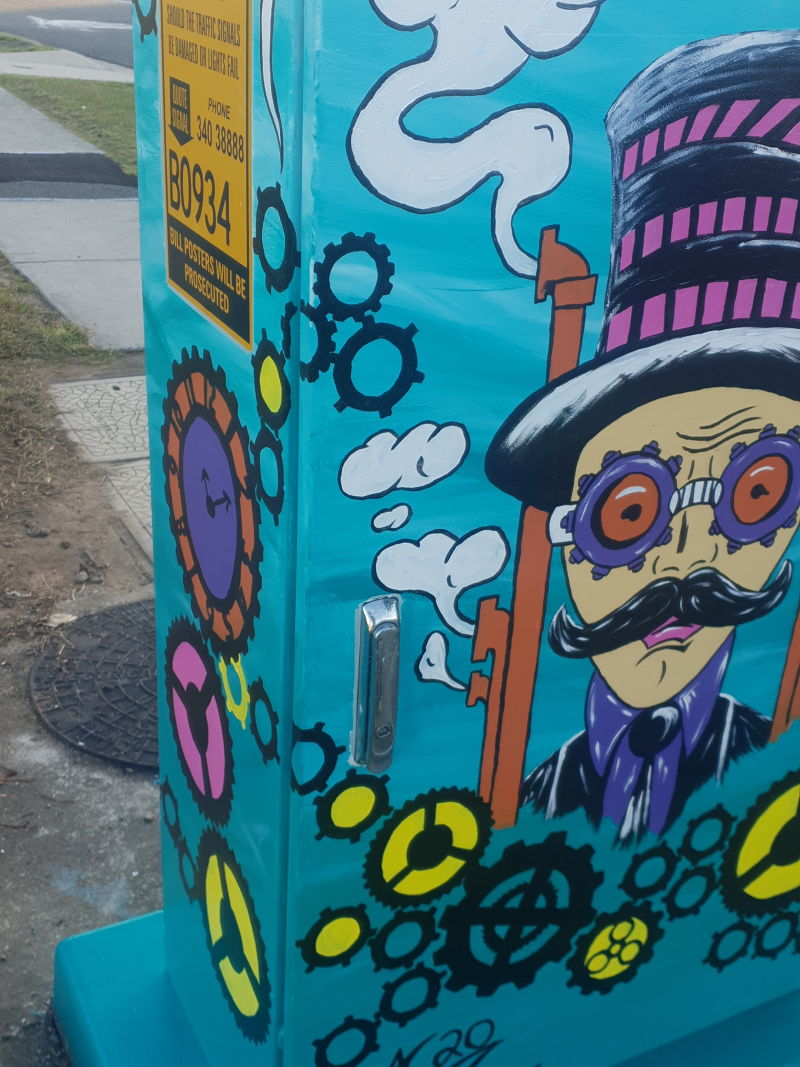 This piece is a homage to the hidden history of the area including cues to the Queensport Aquarium, Rail, River and Industrial influence. All merged together to give a time warp from a steampunk mermaid to the present day skyline. Although the location of the TSB is further up the hill from the river, the suburb was developed firstly from the popularity of the Queensport Aquarium. When the aquarium was destroyed by Brisbane River floods, the space made way for the meatworks and other industrial businesses. The rail line splits at Murarrie and is the connecting marker between the city and port. Which led to the creation of Murarrie town where workers cottages are still resided in. The river and industrial zoning influence is still present today even while the suburb begins to be developed again. Meaning the history of hard working Murarrie residents may be gone but not forgotten.