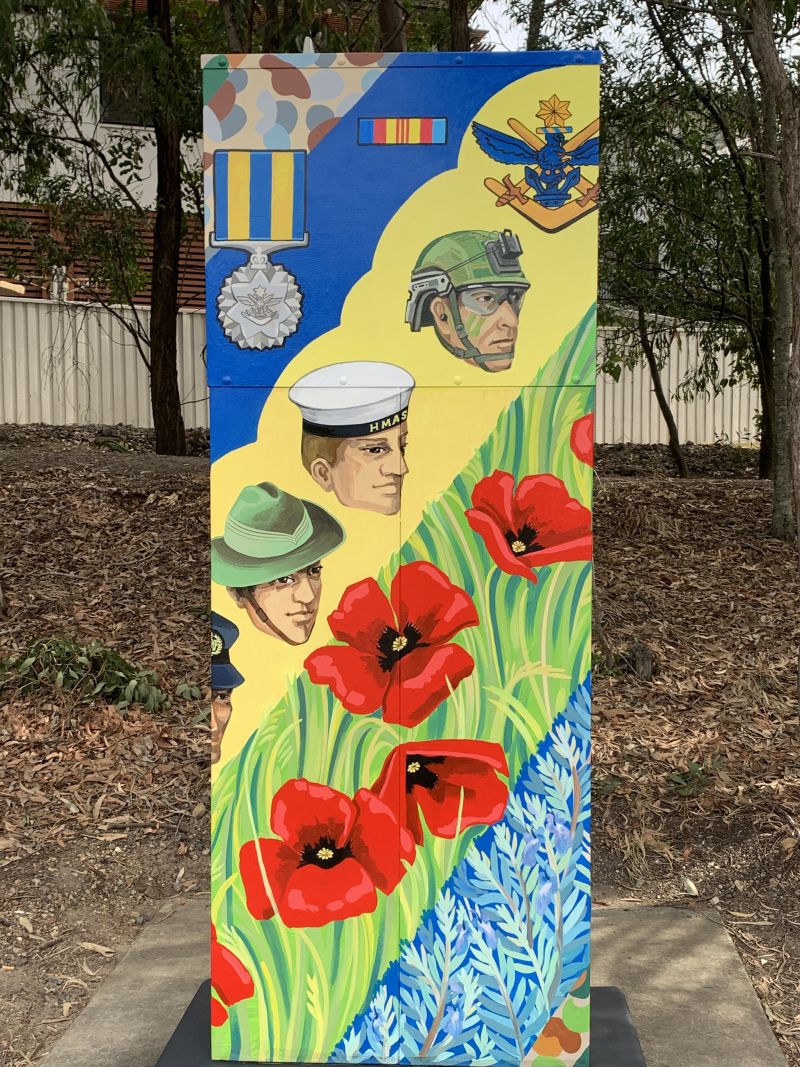 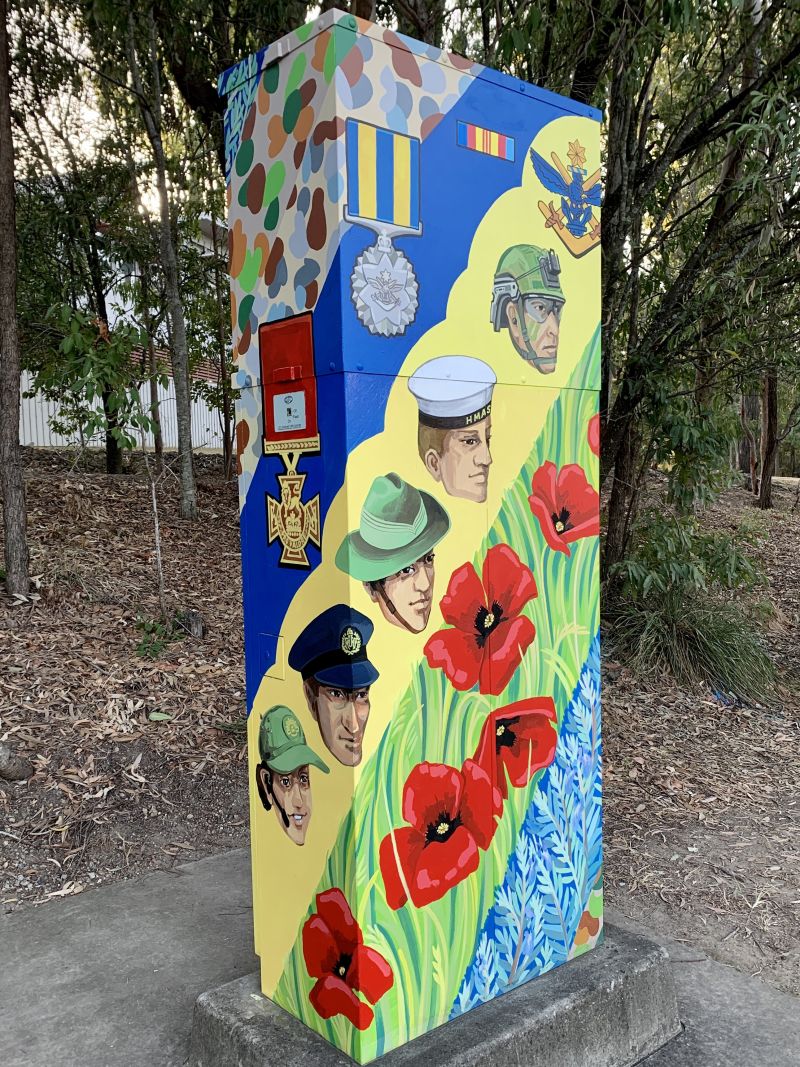 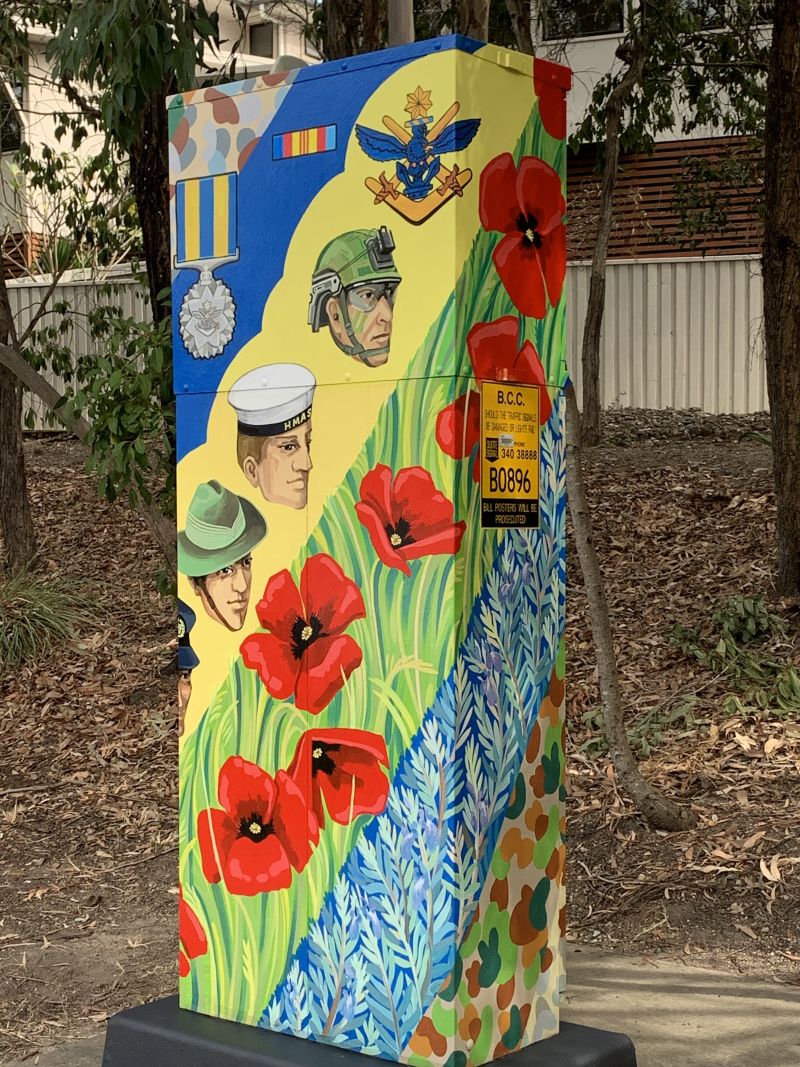 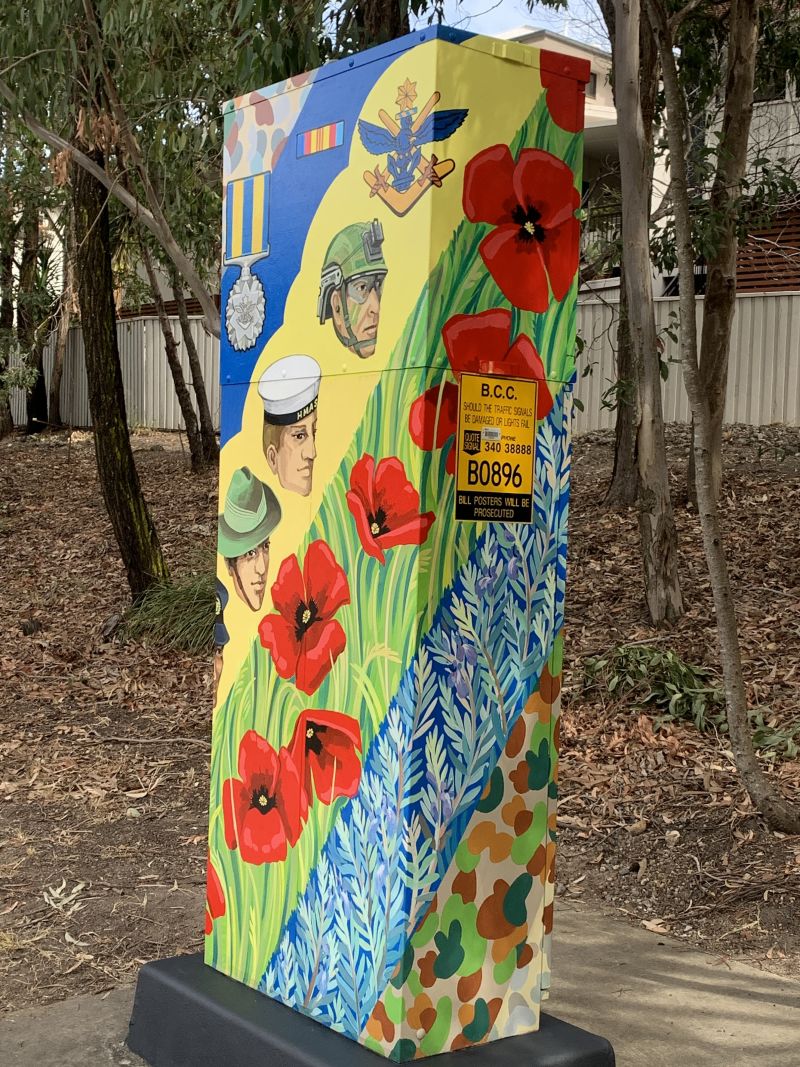 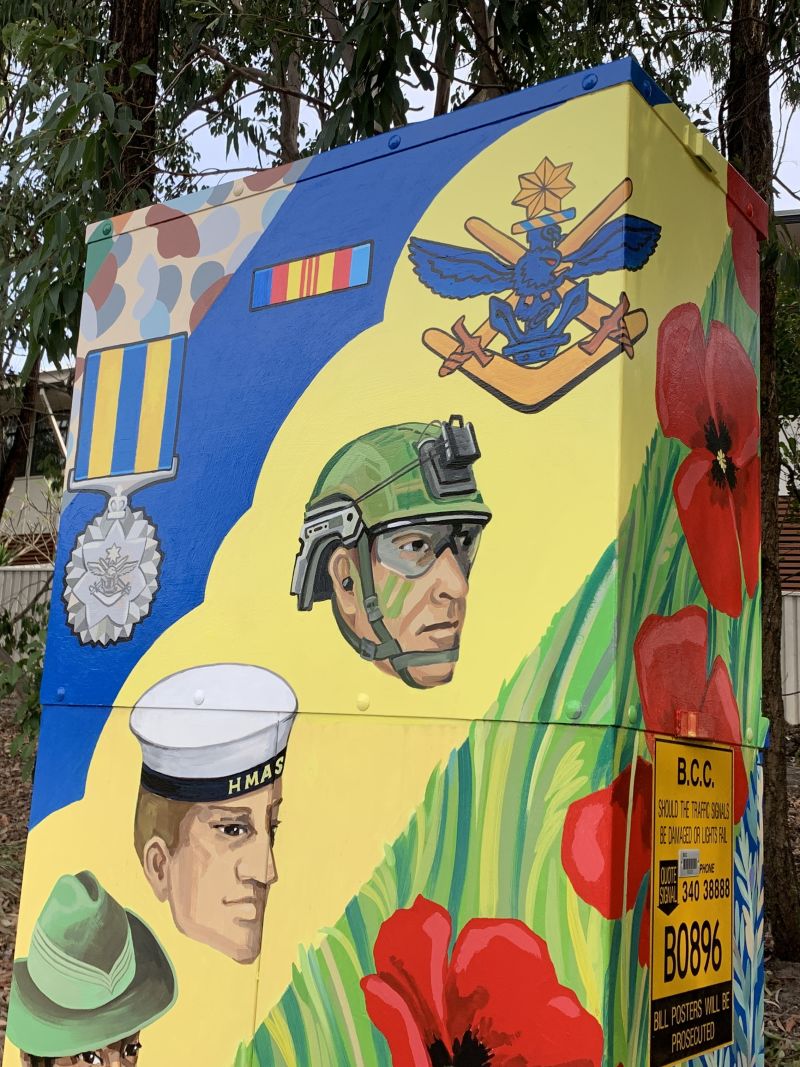 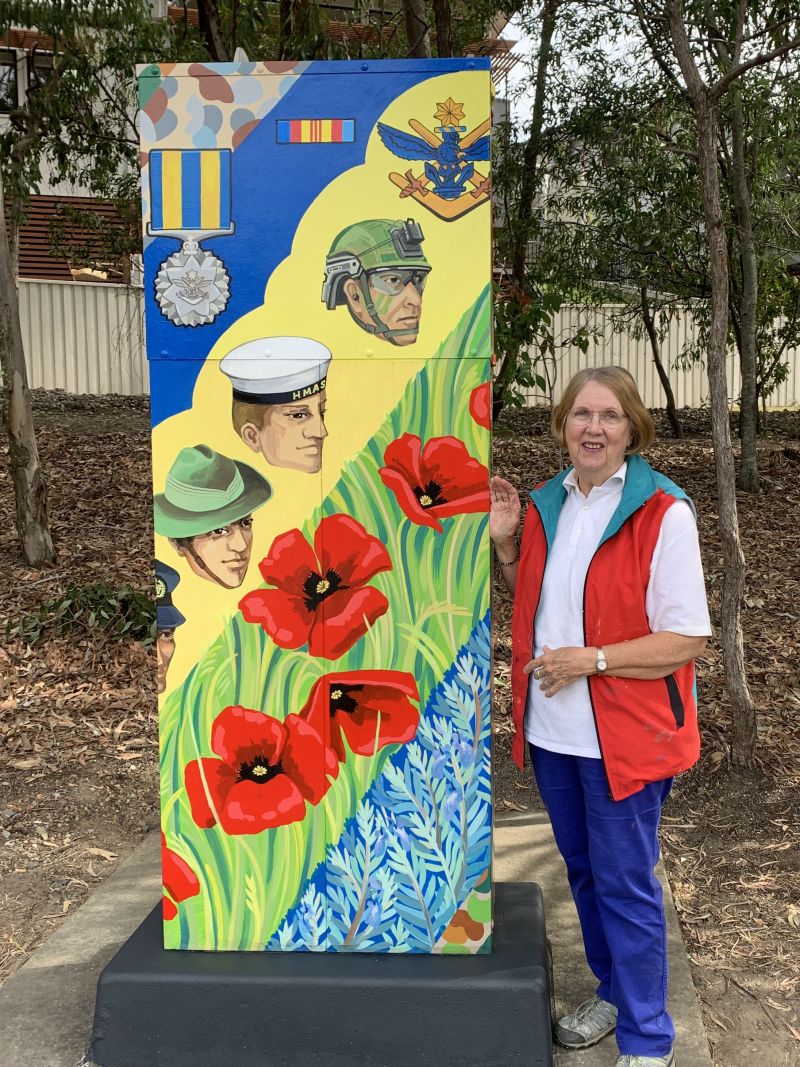 - Rosemary for Remembrance, which is planted in the Centenary Memorial Gardens which are close to the Traffic Signal Box.
- A field of Poppies as the symbol of The Great War.
- Hats on stylised service personnel – Navy, Army, Air Force and Women.
- The Victoria Cross
- Australian Camouflage – green & desert colours.
A Modern Australian Soldier and the combined Defence Force Badge, the Australian Service Badge and Vietnam Conflict Ribbon have all been added to the top. The bright red poppies, Rosemary and Camouflage patterns were also extended to the top of the box. 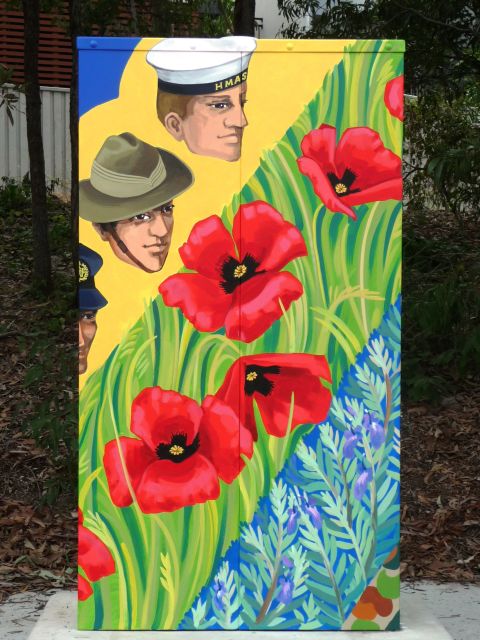 Other artworks by Frances Rowland Wregg 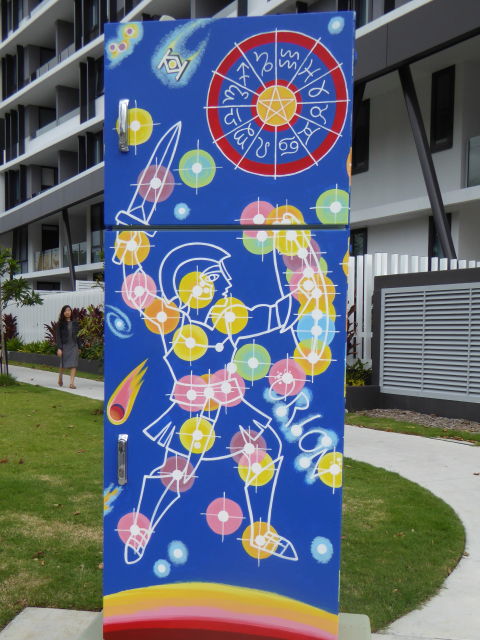 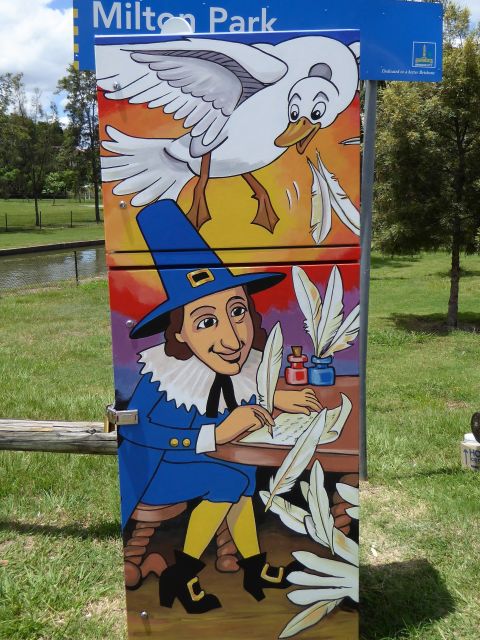 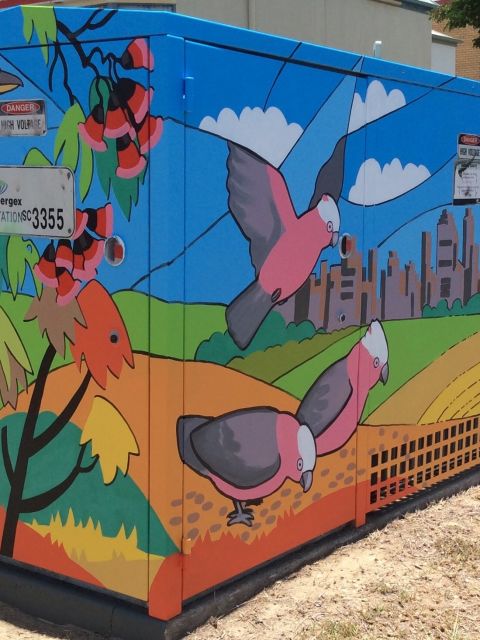 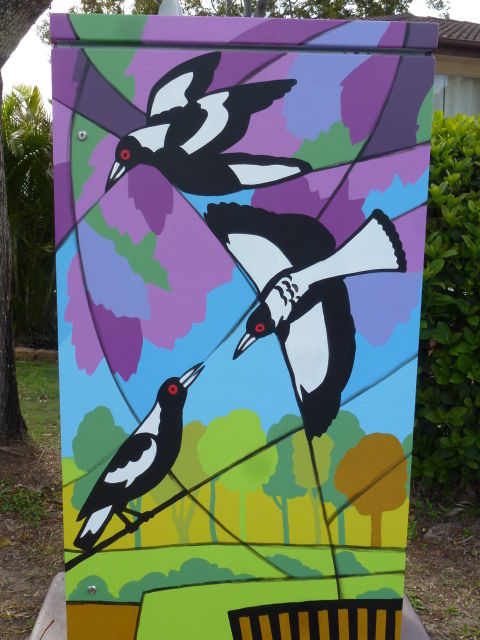 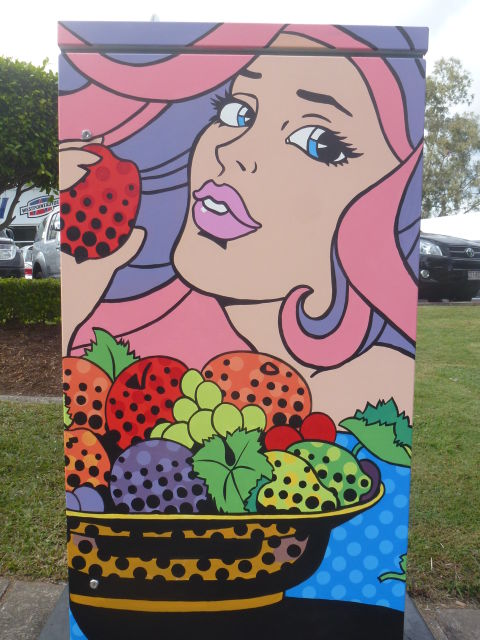 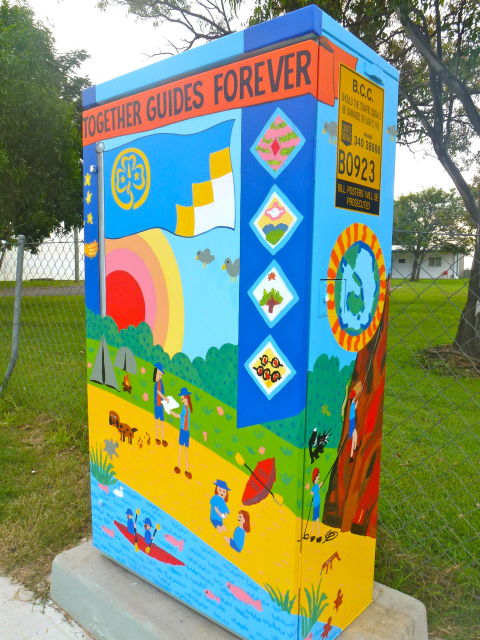 All Together Guides Forever
Jindalee, QLD 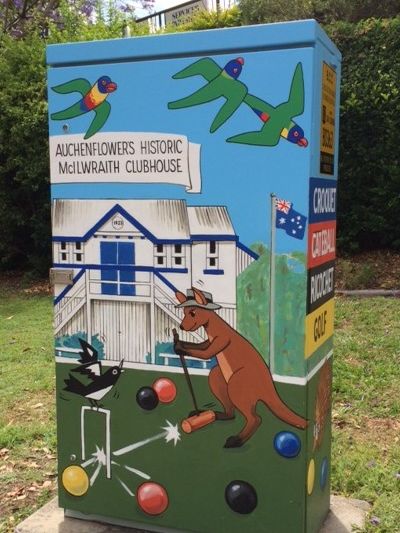 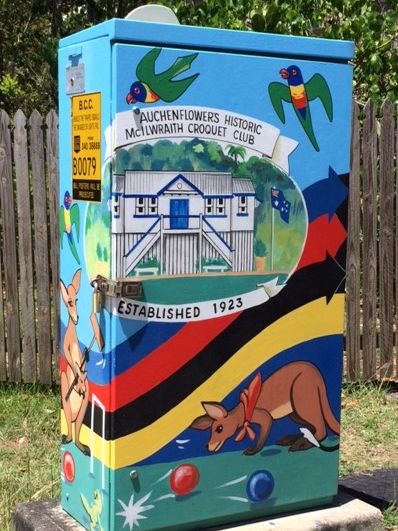 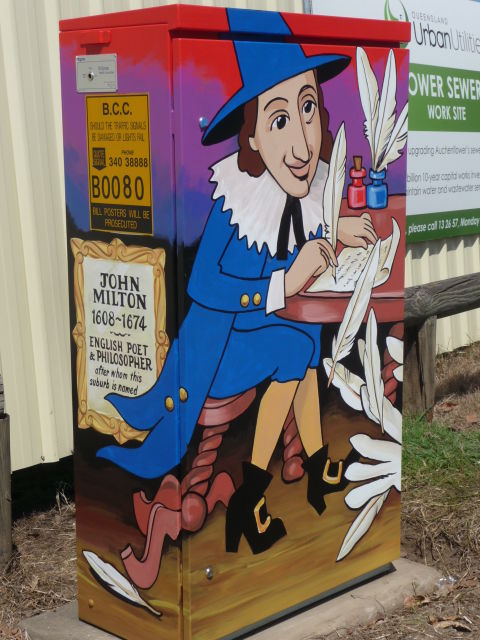 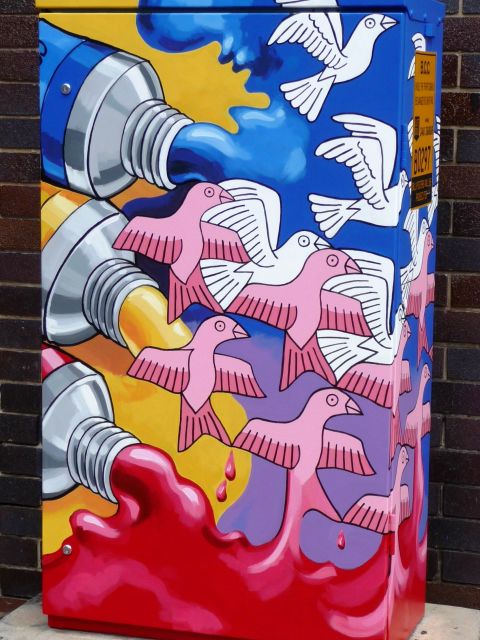 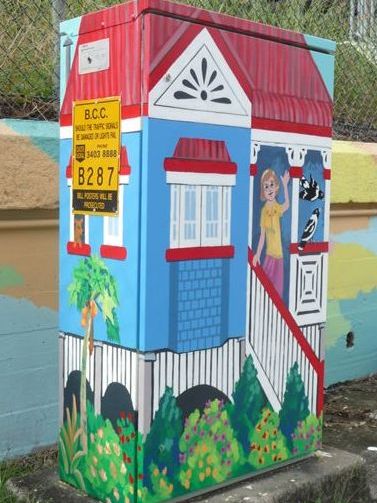