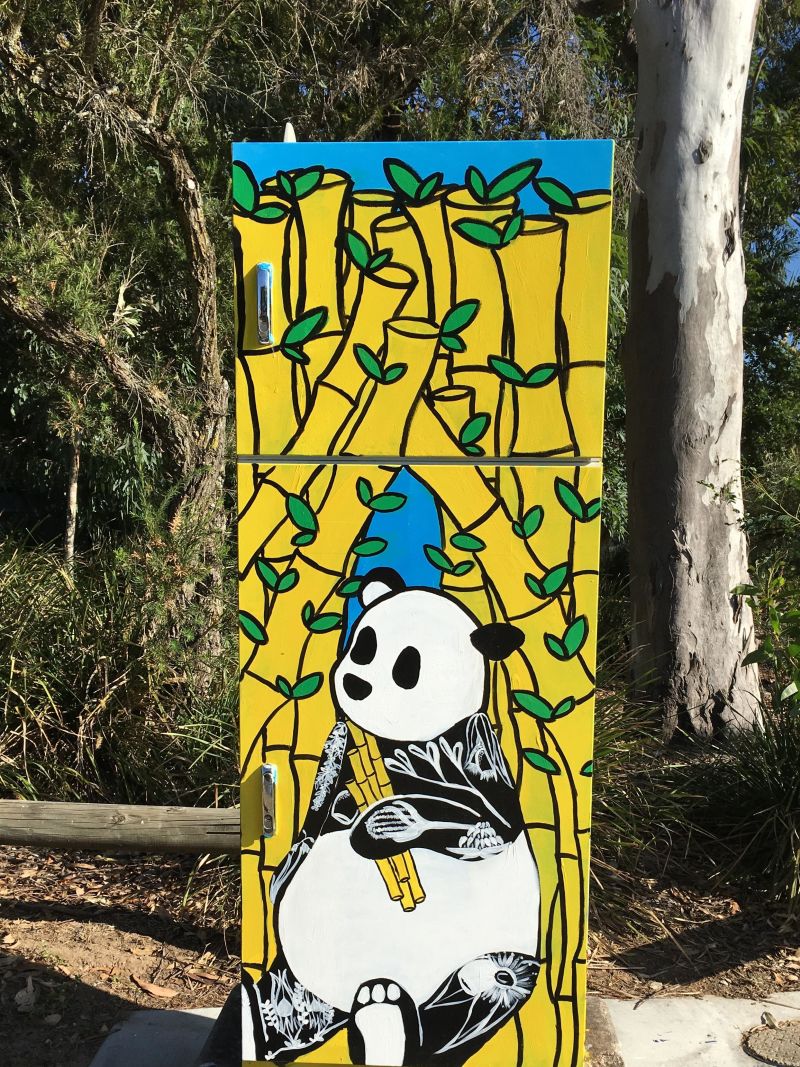 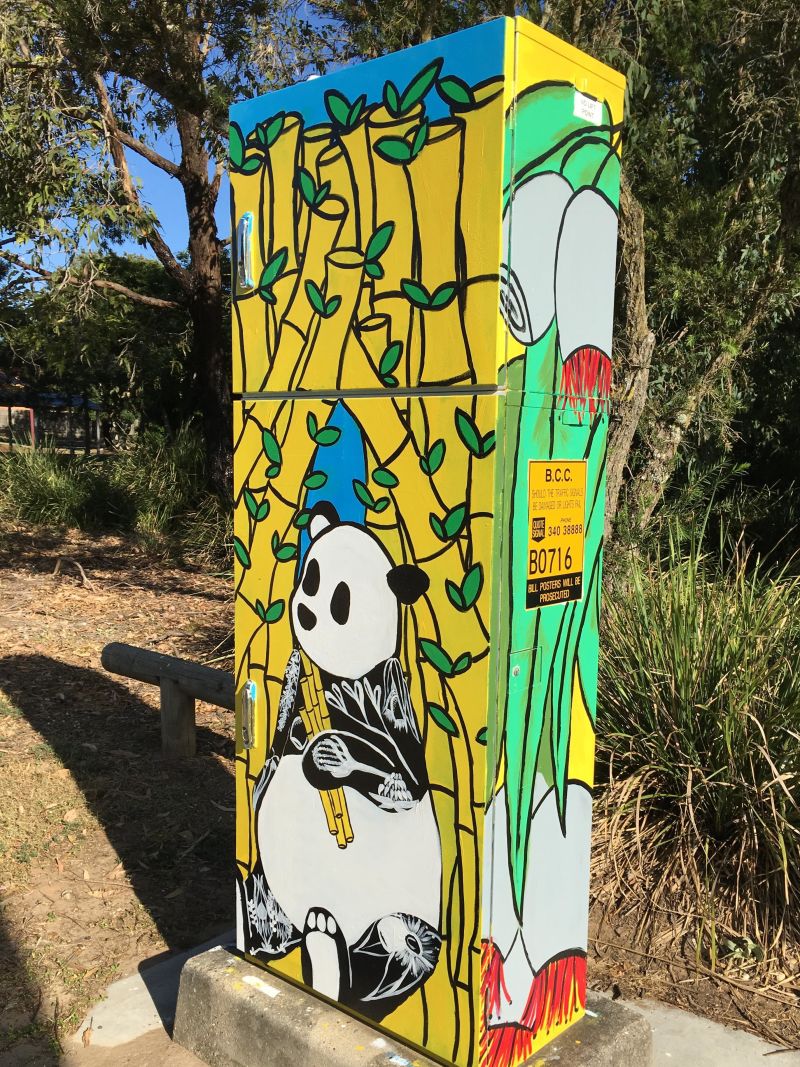 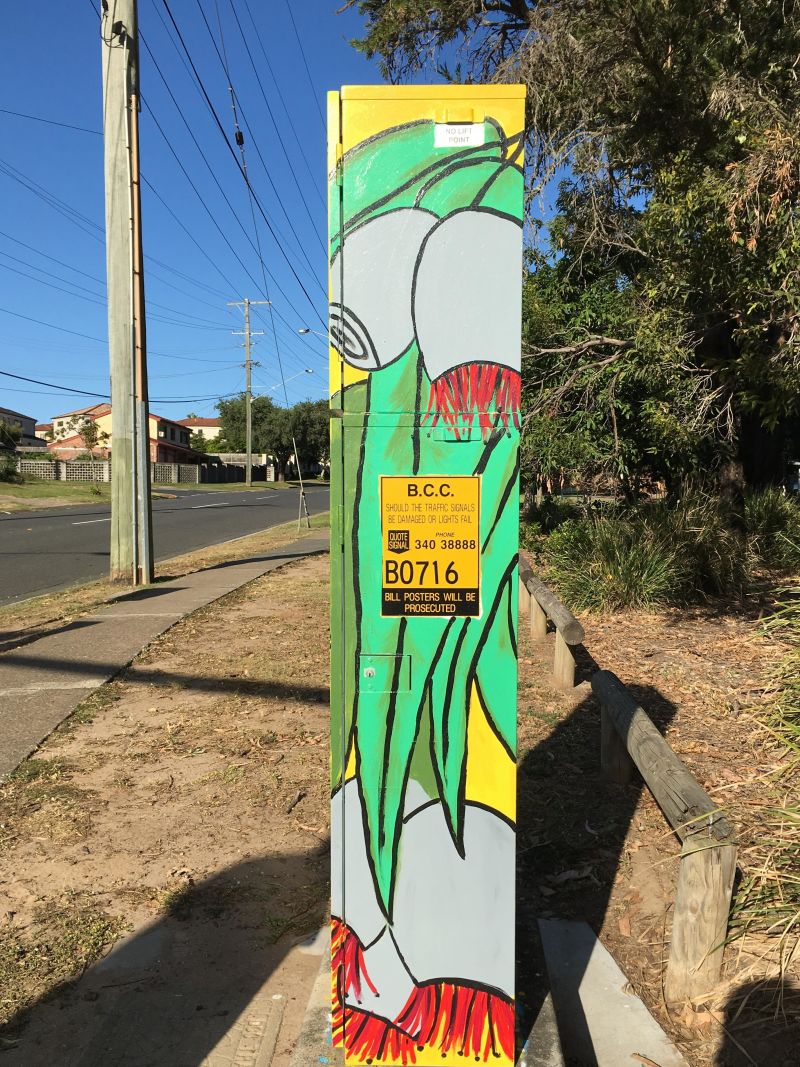 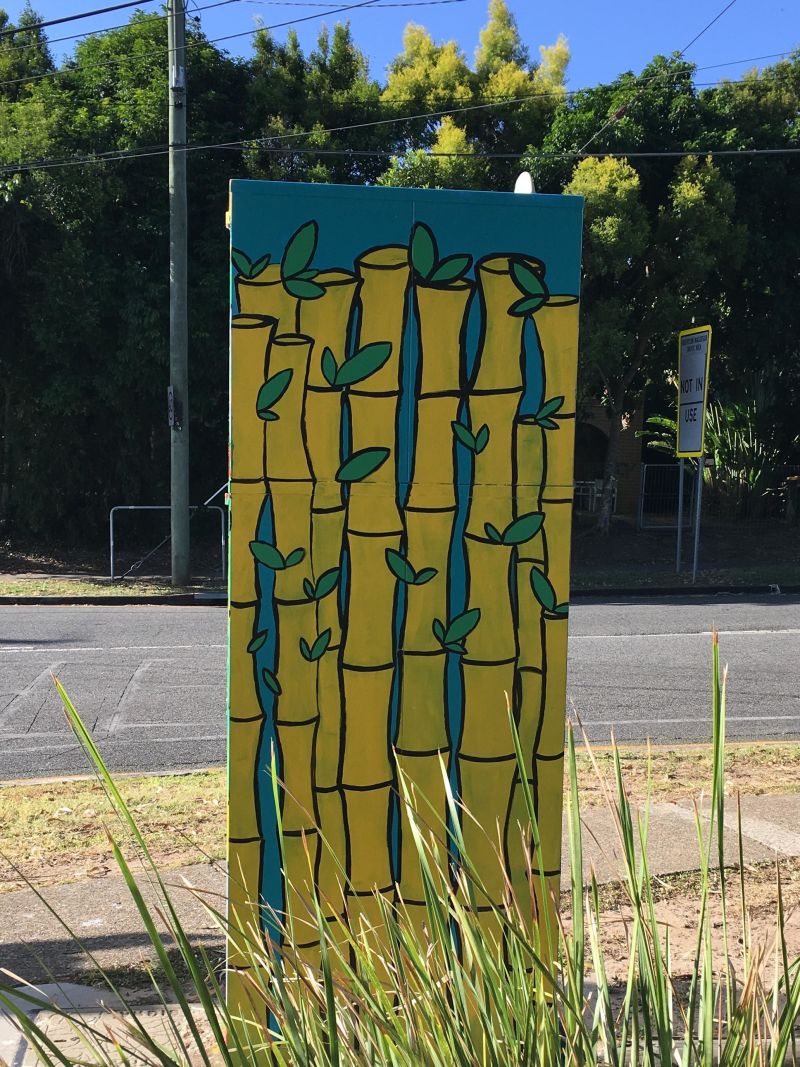 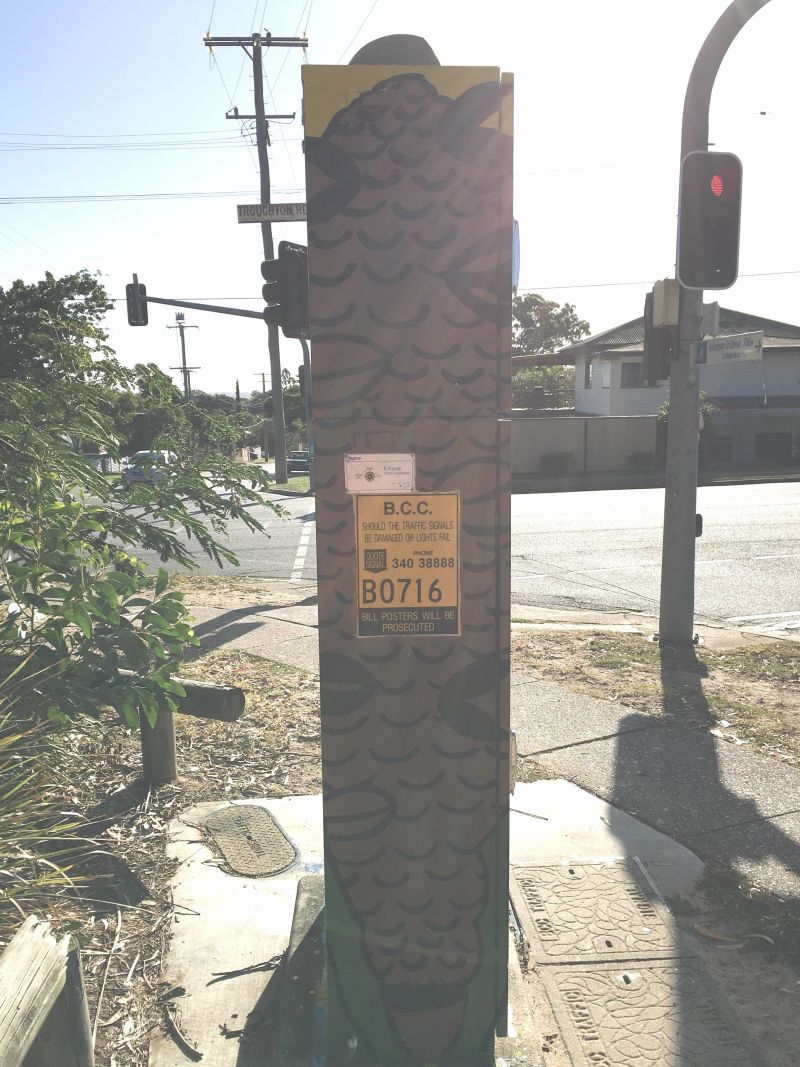 A play on the word 'Australiana,' Australipanda was created to show that no matter where you or your family come from, you are accepted as an Australian. People with Chinese ancestry make up most of the population in the Sunnybank/ Robertson area, according to the Bureau of Statistics. I have used the giant panda, being the national animal of China and painted Australian national flowers on him to represent perhaps originating from elsewhere, but now living in Australia and being accepted as part of our community. In the environment of COVID19 and isolation, now, more than ever is a time to work together as a blended community and accept and look after each other.