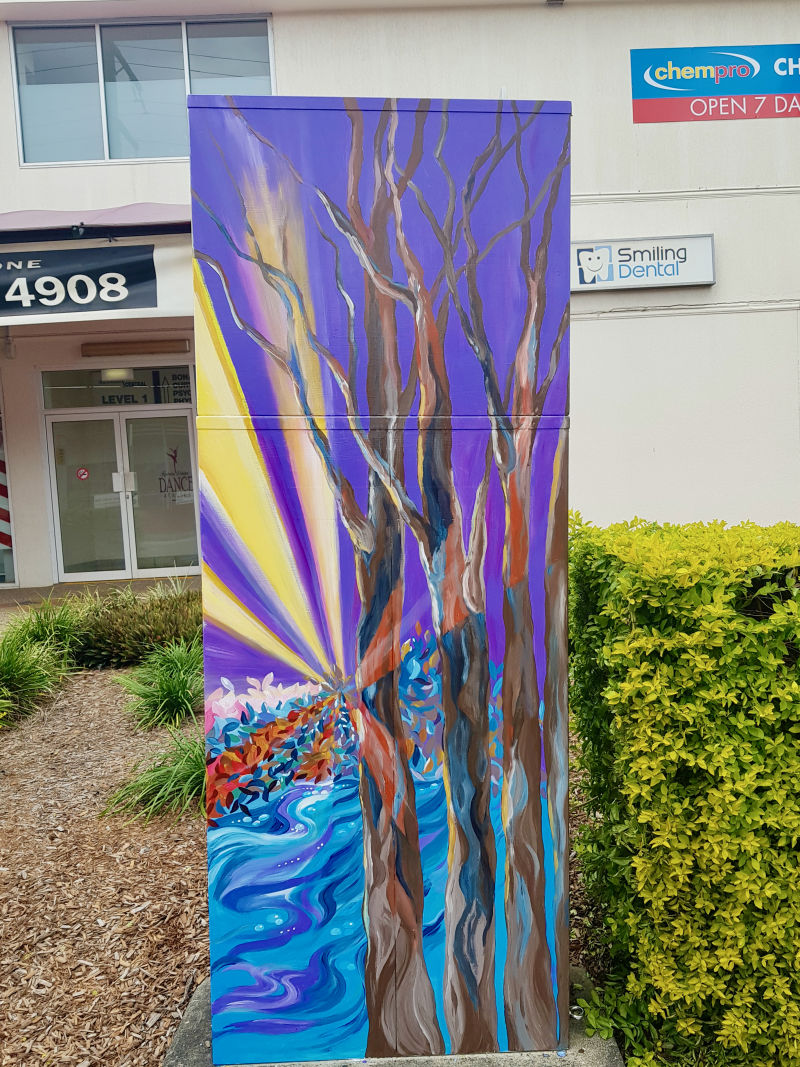 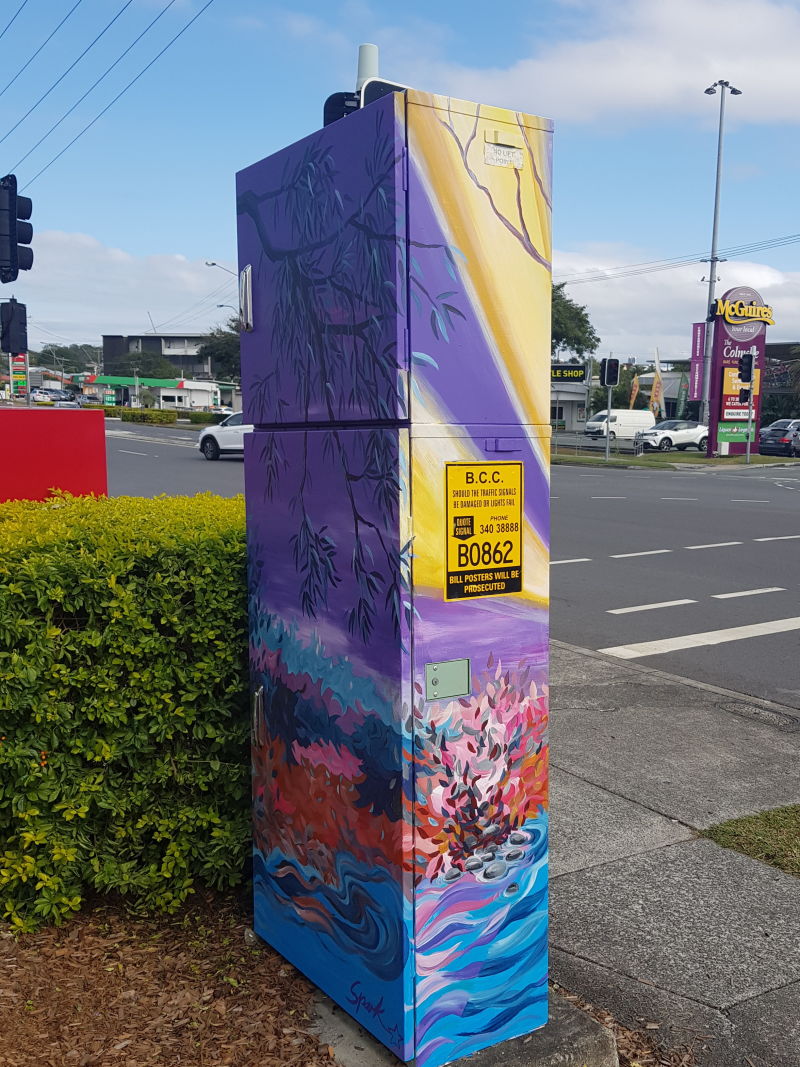 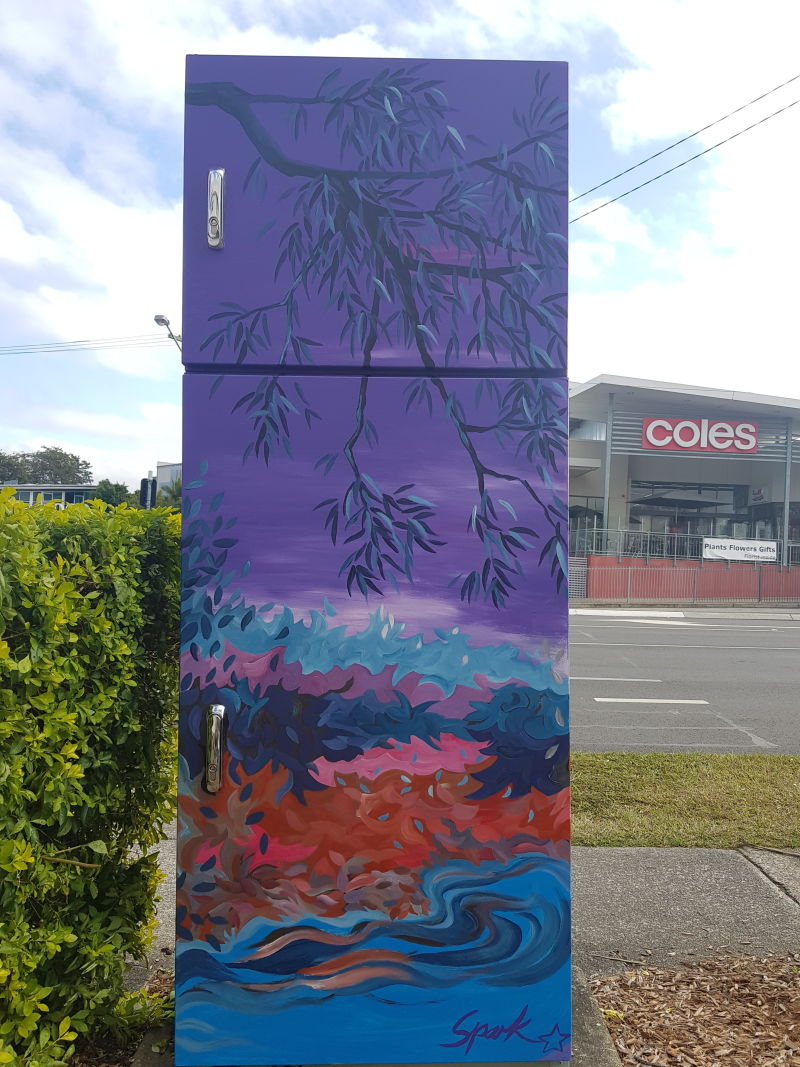 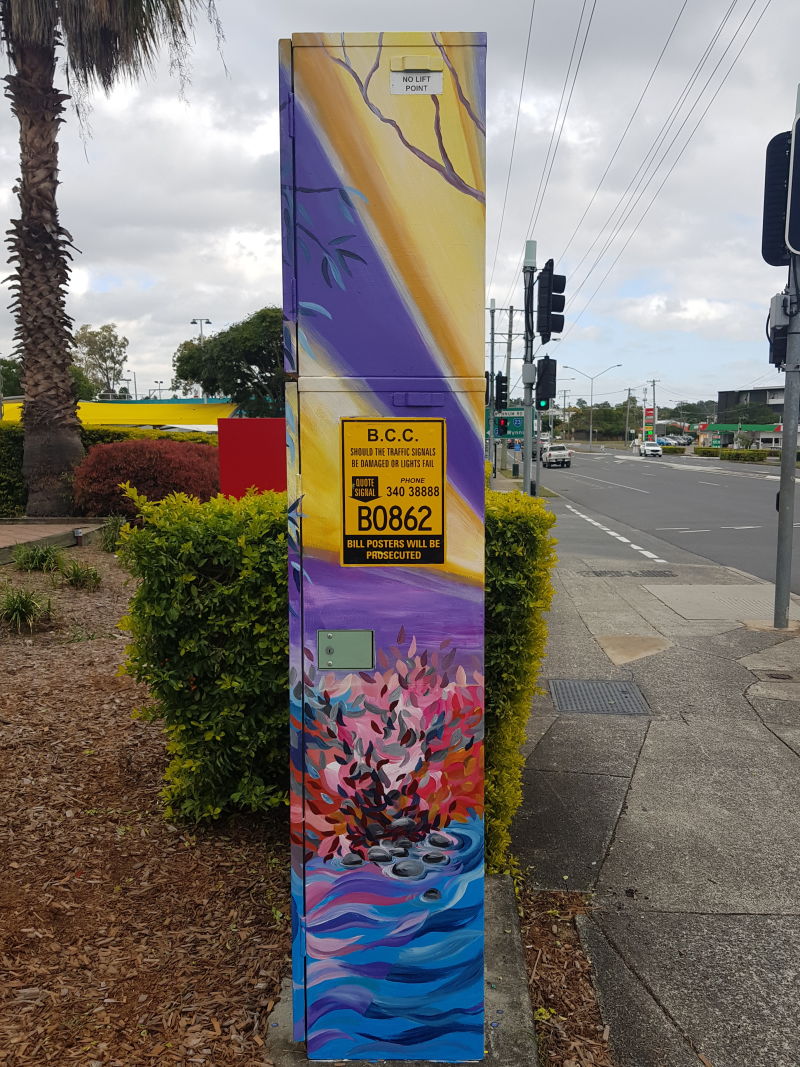 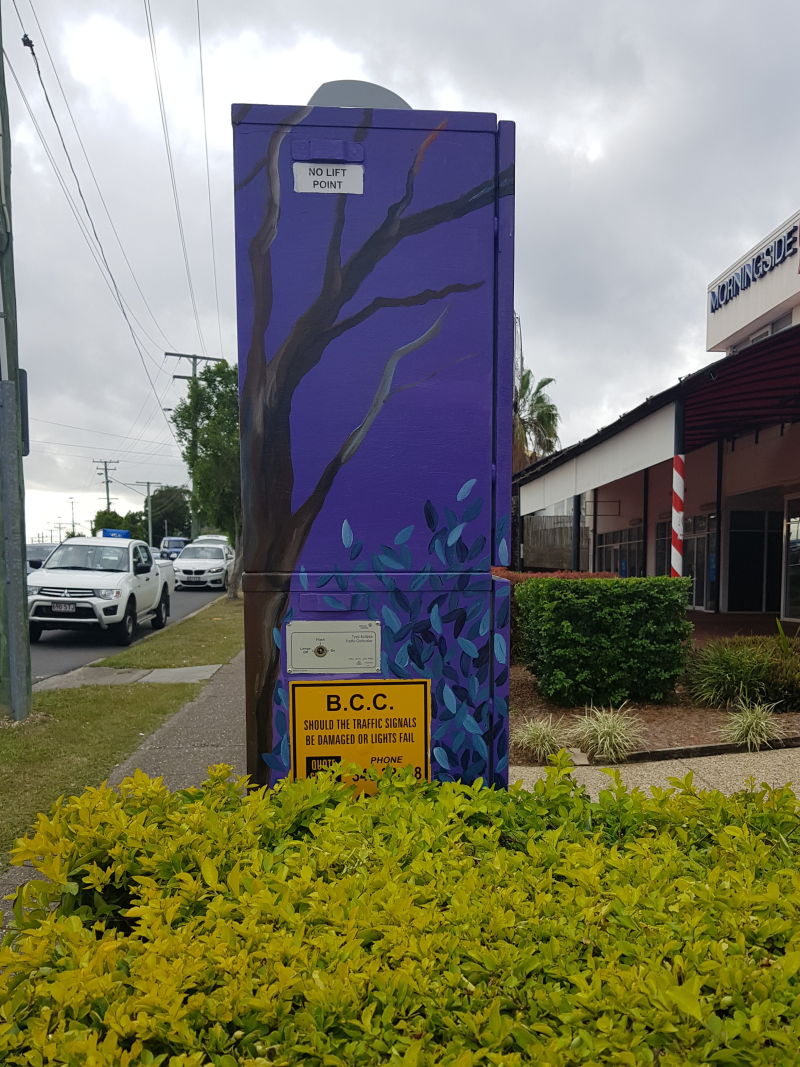 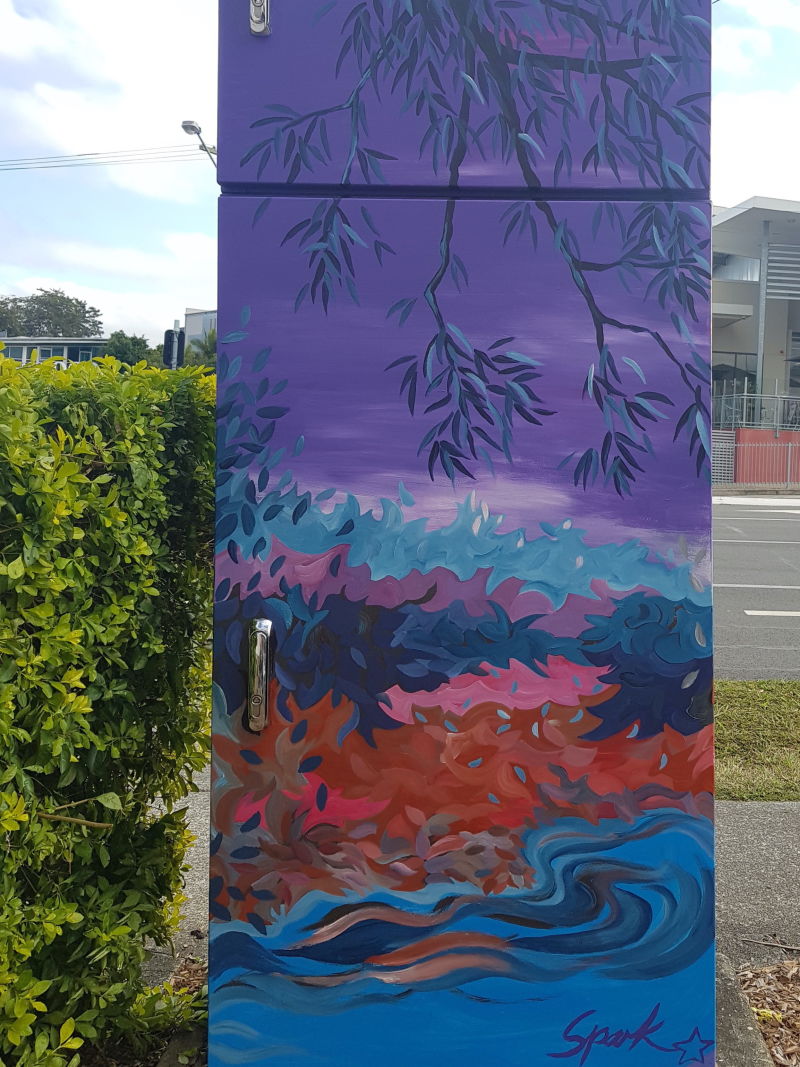 In a moment of poetic inspiration, Morningside was allegedly named for the morning sun catching the banks of the river. Down amongst the tussocky grasses beneath the paperbark trees, the soft purple of Brisbane’s ethereal early morning light is transformed with the ever-strong sun beams. The painting reflects on the creeks and waterways around this area, though largely hidden beneath concrete and tarmac, that are part of our critical water catchment system. 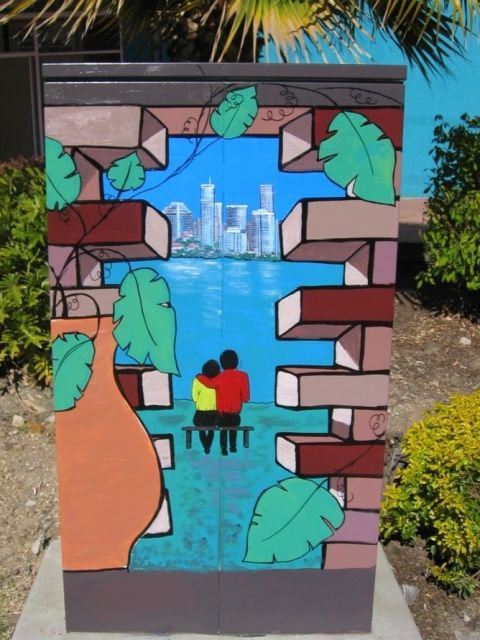