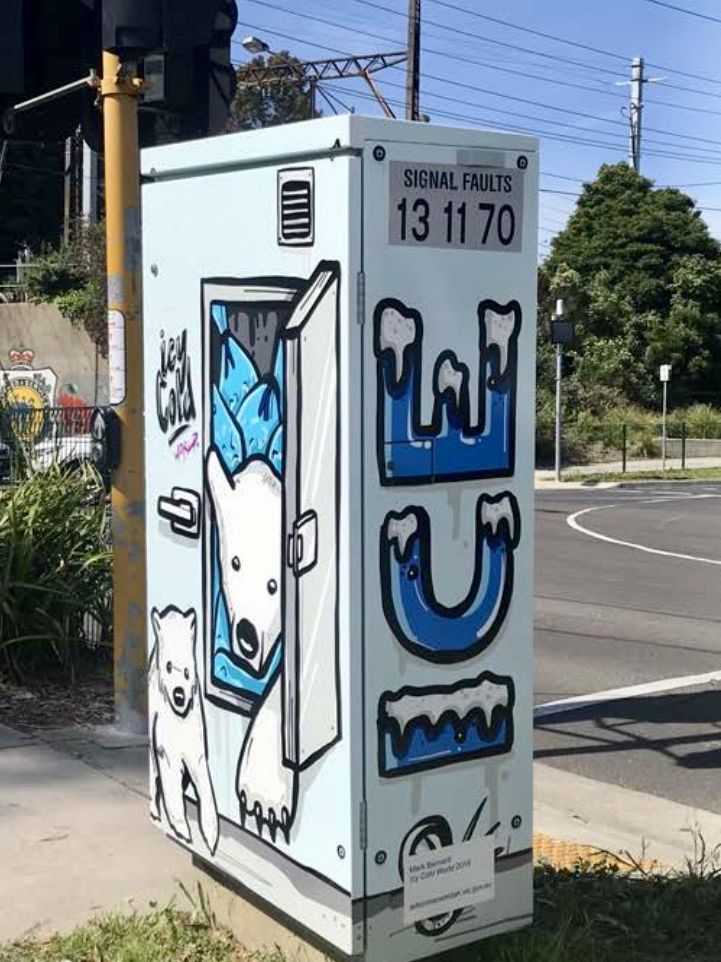 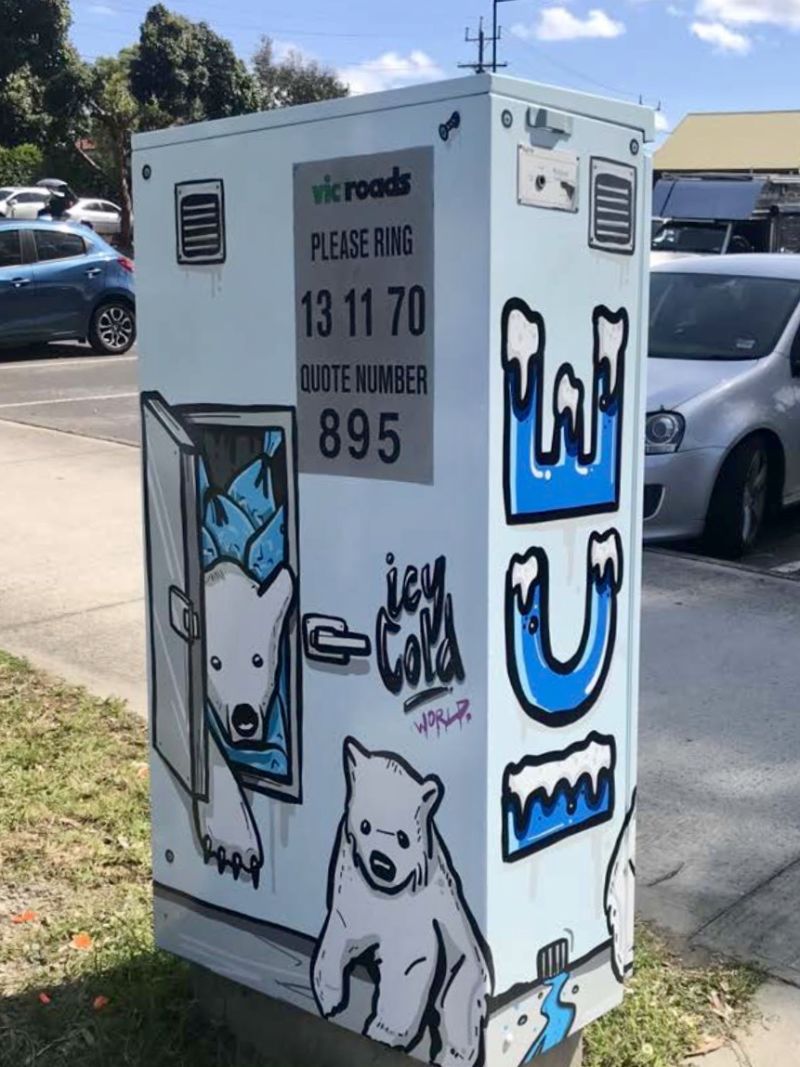 The piece Icy Cold World considers the effects of climate change on Arctic animals. This piece reflects the way humans have impacted the environment and how nature has to adapt to mankind’s actions in order to survive. The shape of the signal box is similar to a commercial ice dispenser, it is a form people can instantly recognize. Mark Bernard was born in Melbourne, 1982, to South Indian parents who migrated to Australia in the late seventies. A self-taught artist, he has only recently resumed painting on canvas after an absence of more than a decade. His artwork mainly consists of acrylics, paint markers and digital art. His work is strongly influenced by street art and Hip Hop music.

The Maroondah Signal Box Program is an initiative of the Arts and Culture Team, Maroondah City Council managed in conjunction with Urban Smart Projects. Artworks installed in 2022 responded to the theme 'A close-knit community'. in 2021 the theme was 'Celebrating Cultural Vibrancy' and in 2019 'Anthropocene'. The Maroondah public art collection can be found online here: https://www.maroondah.vic.gov.au/Explore/ArtsInMaroondah/Arts-things-to-see-and-do/Public-Art-in-Maroondah

Other artworks by Mark Bernard 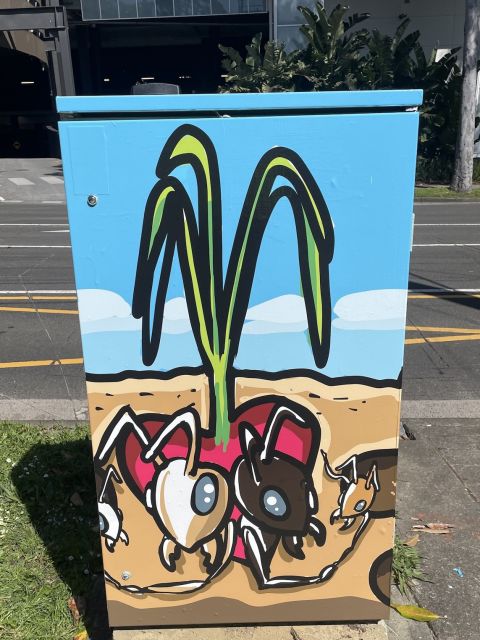