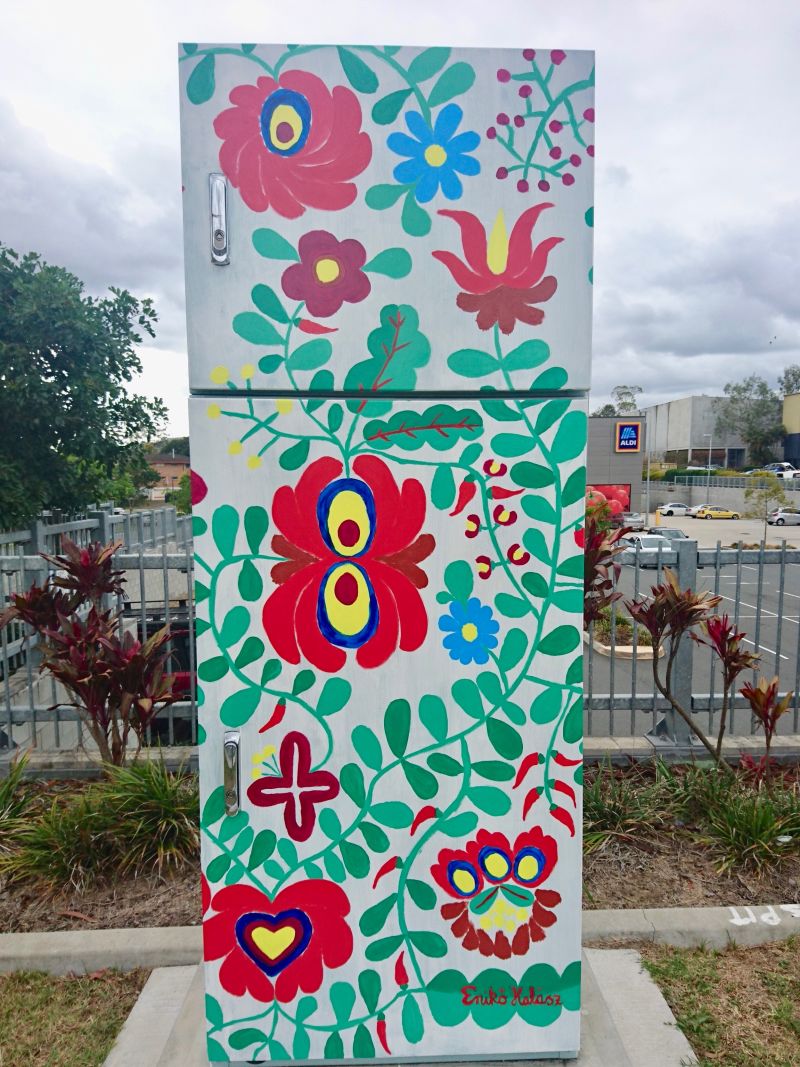 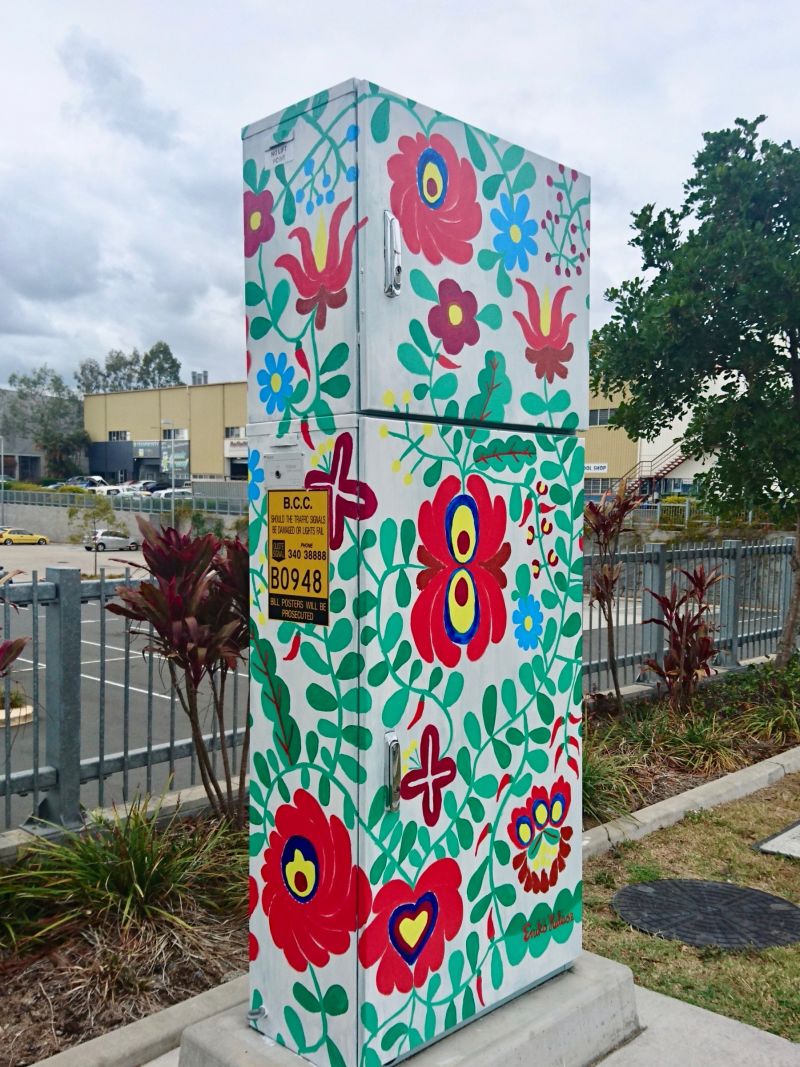 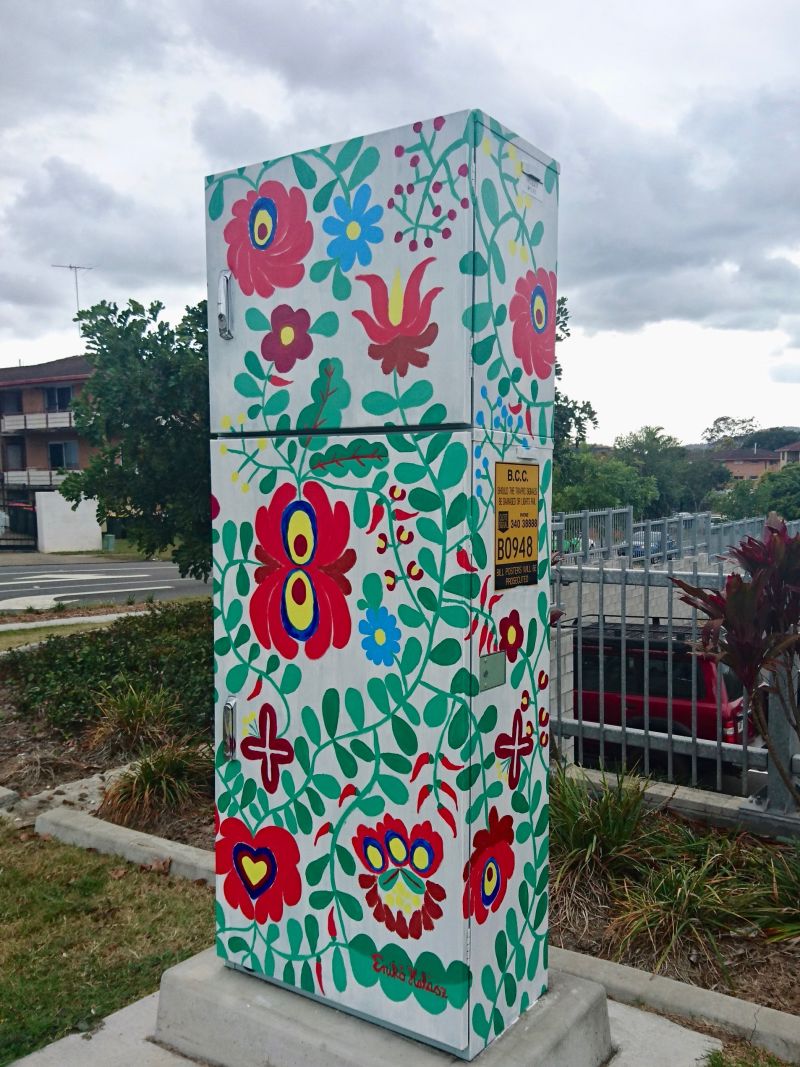 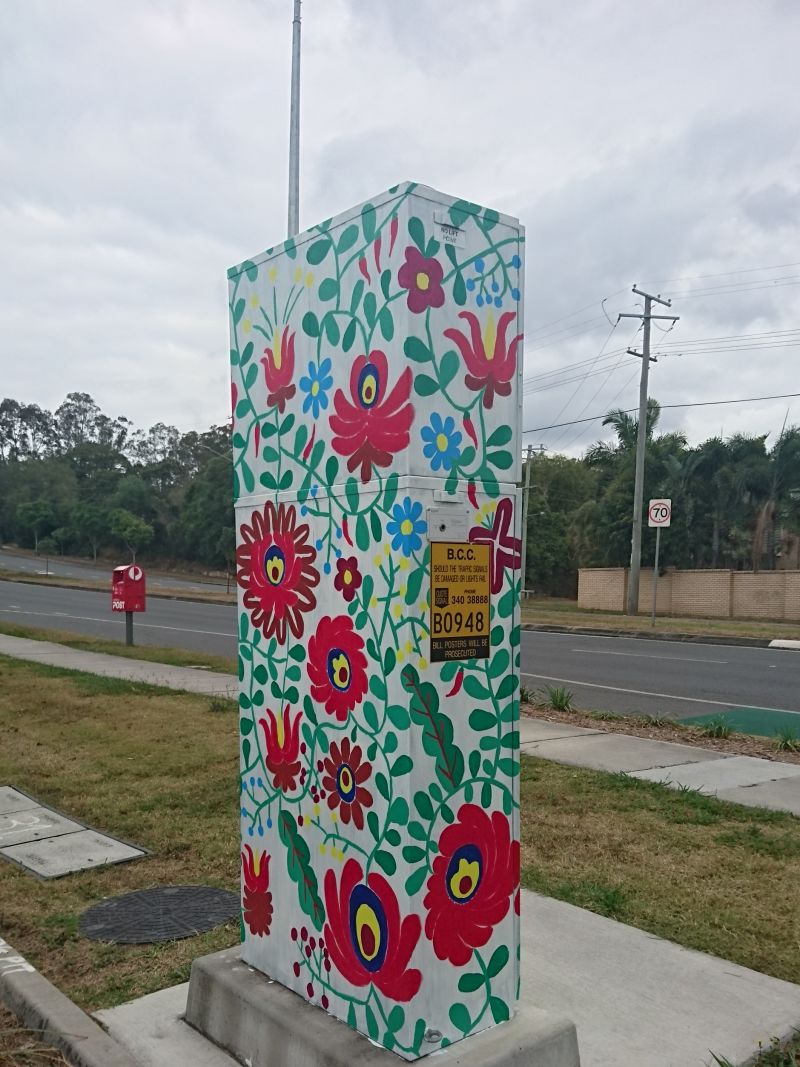 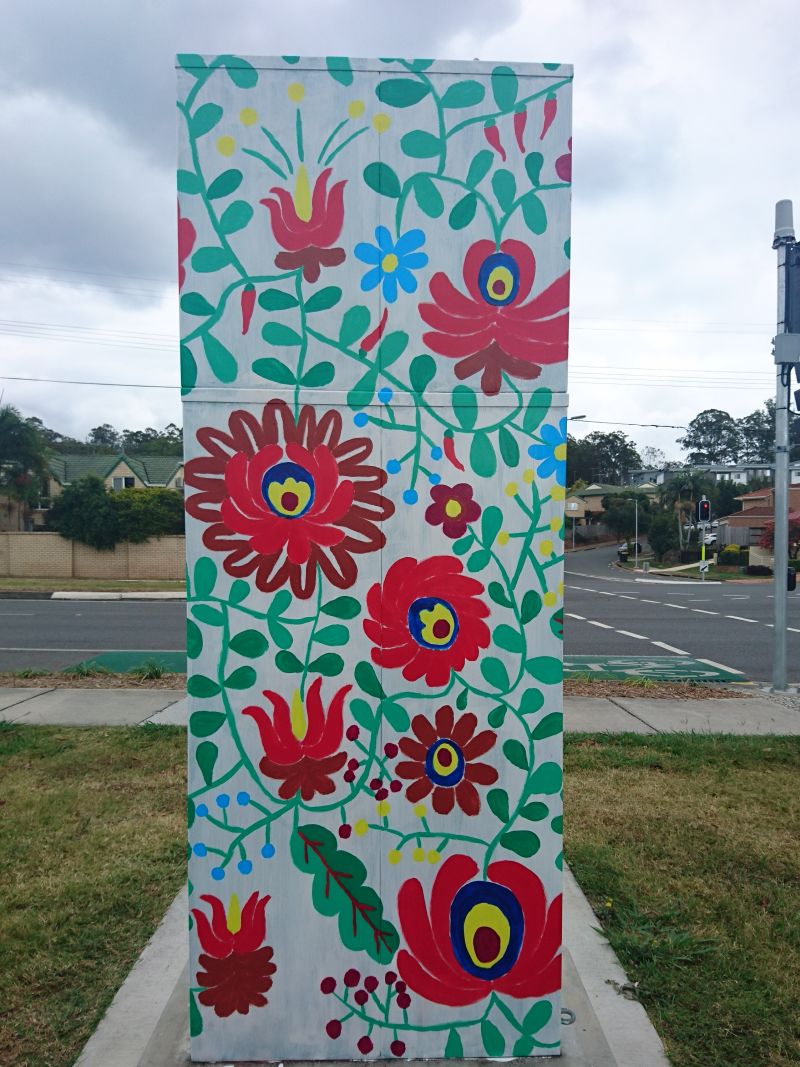 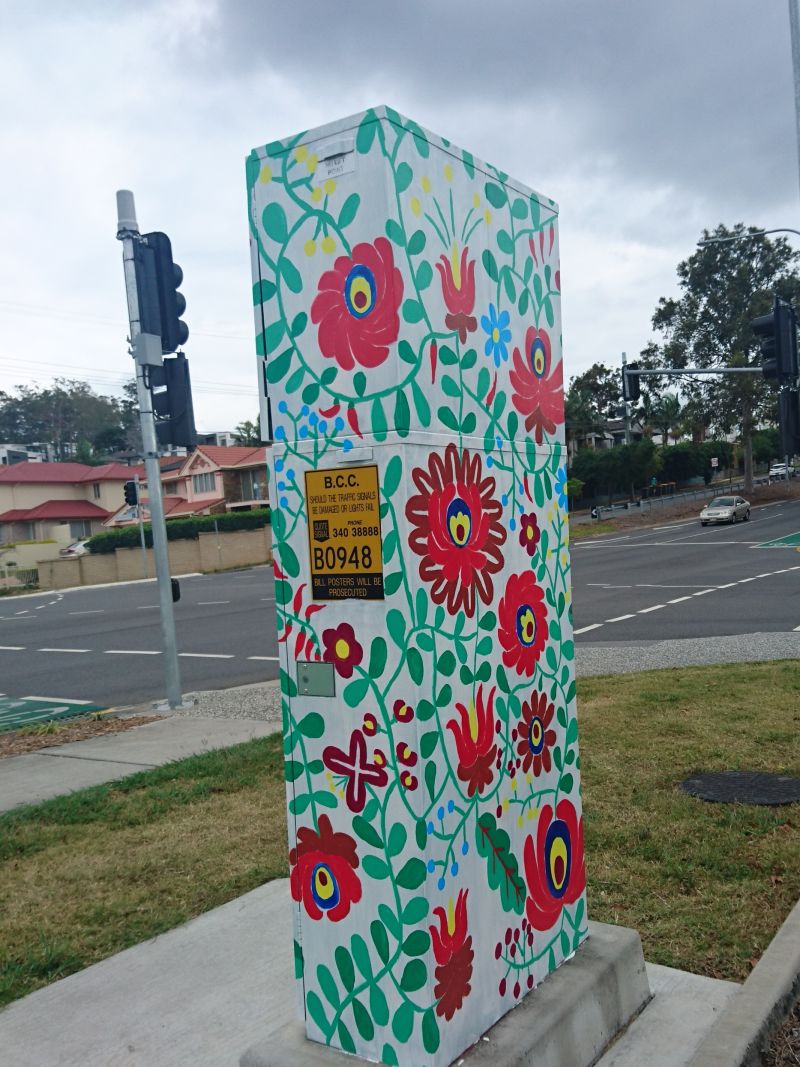 My design was inspired by traditional Hungarian 'Matyo' embroidery. These stylised flowers would add a touch of colour to the new garden patch surrounding Aldi. No matter the season, there would always be the uplifting sense given by flowers, everytime someone drives past. The fun colours reflect the community's personality; the people here are really nice, and it is a safe place to live in.
The colours of the flowers have symbolic meanings: red means joy, yellow the sun (similarly to the Aboriginal flag), and the green the crops (and in this case the bushlands that were once in the place of this residential area).
I have seen many TSB designs which include motifs from other countries, and I believe this advertises and enhances Australia's multiculturalism, and makes people more aware and curious about different cultures and traditions.
The Aldi nearby also influenced my design idea. It often has weeks when the specialties of a European country are sold.