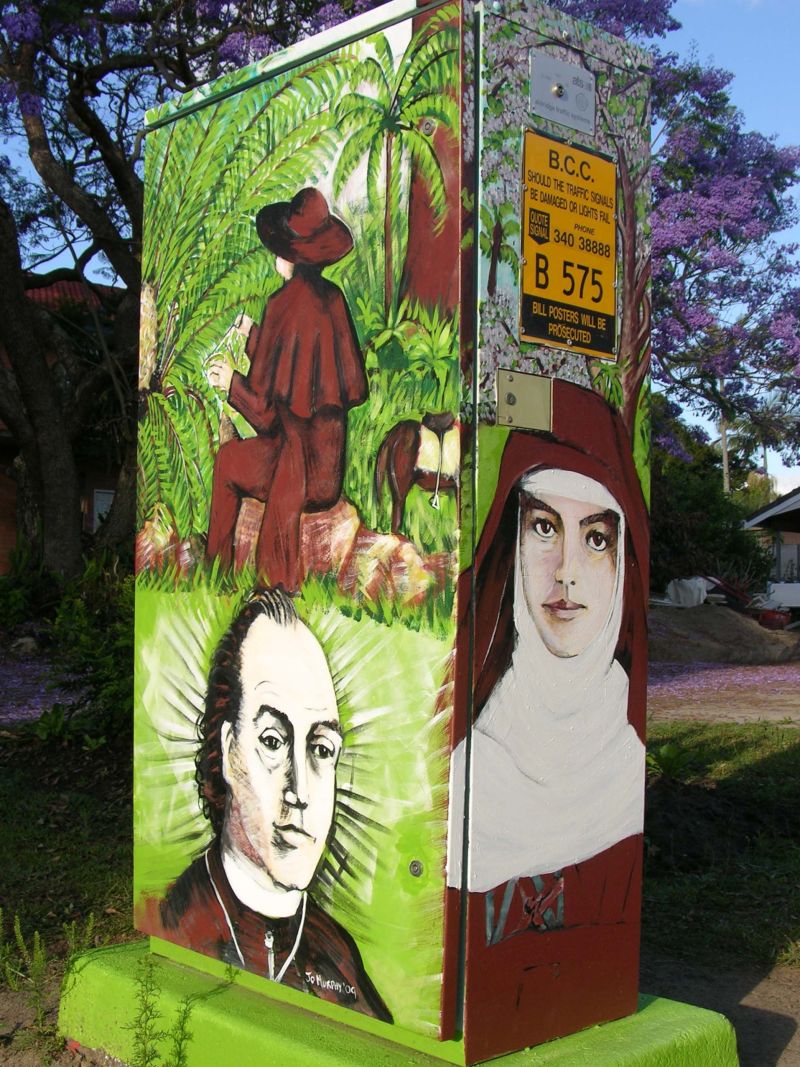 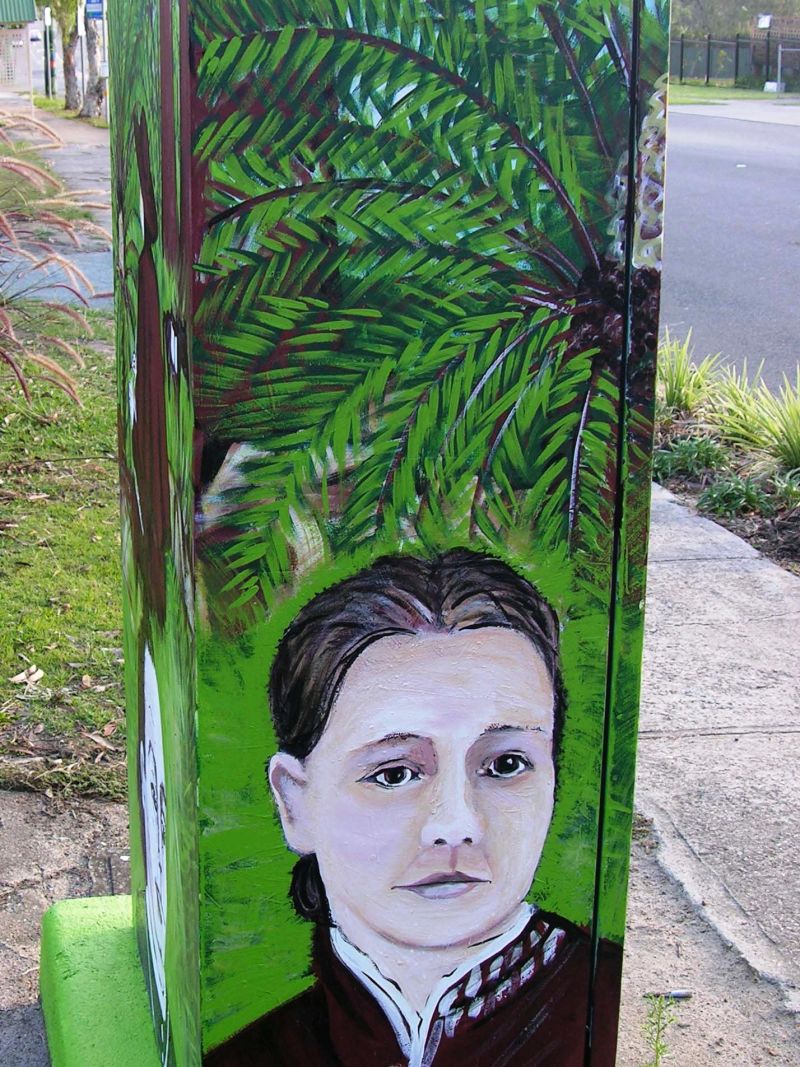 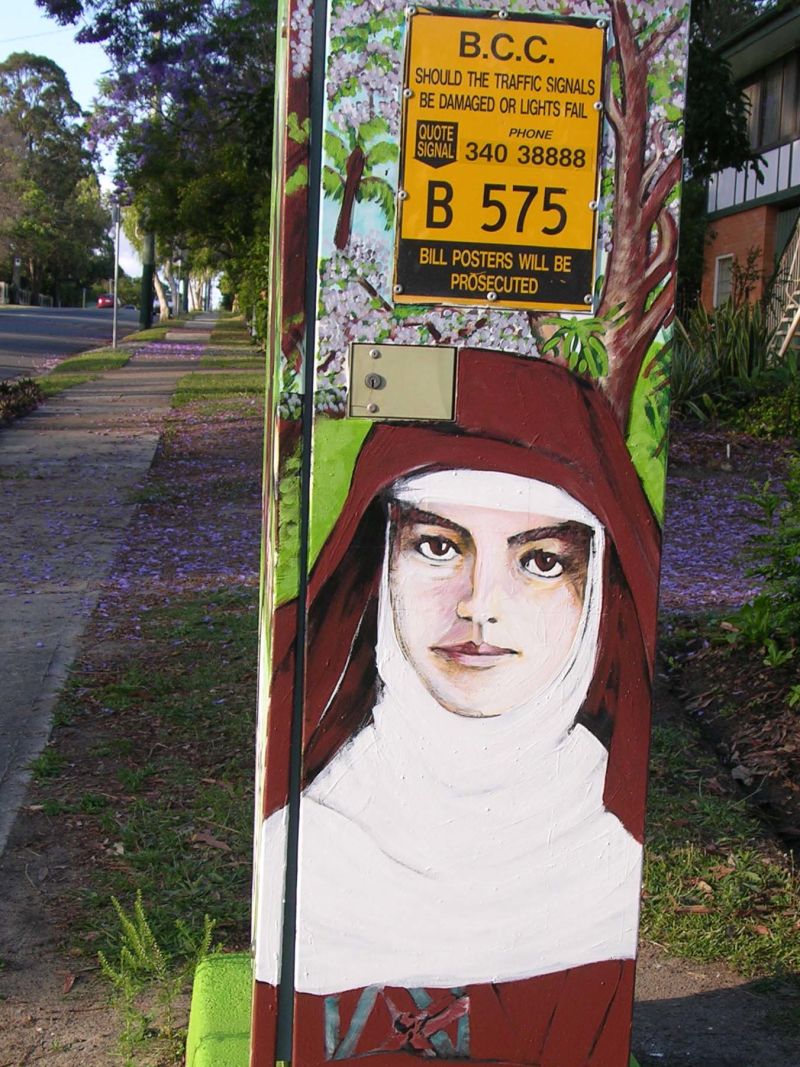 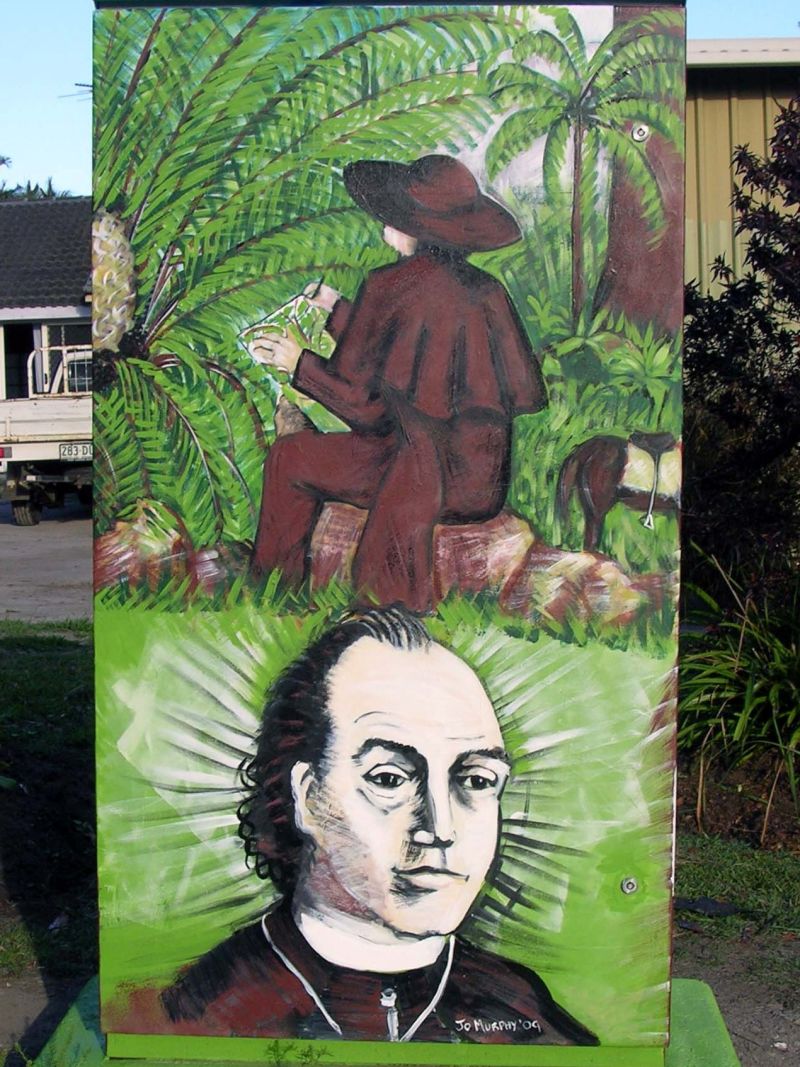 The painting is a commemorative one that marks the Aggregation of the Sisters of Perpetual Adoration and the Sisters of St Joseph. The male figure being Julian Tenison Woods the spiritual advisor and founder of both orders. Q150 is a big year for Catholic school communities this year as it is also a hundred years since Mary MacKillop died. I am personally attached to the story, because for me it brings together social justice traditions. One has to do with action, and social justice traditions, the other has to do with contemplative meditation. The painting endeavours to show the scientific basis for an integration of the two. (Hence the picture of Tenison Woods doing Botanical drawings). The sunrise depicted in the painting also alludes to the tradition of Pierre Teilhard de Chardin. 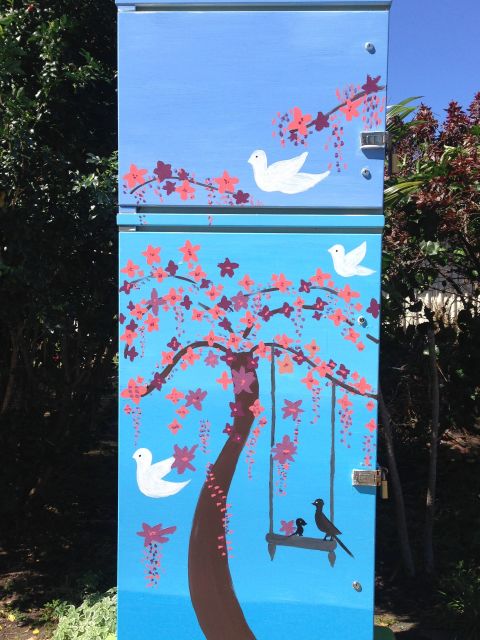 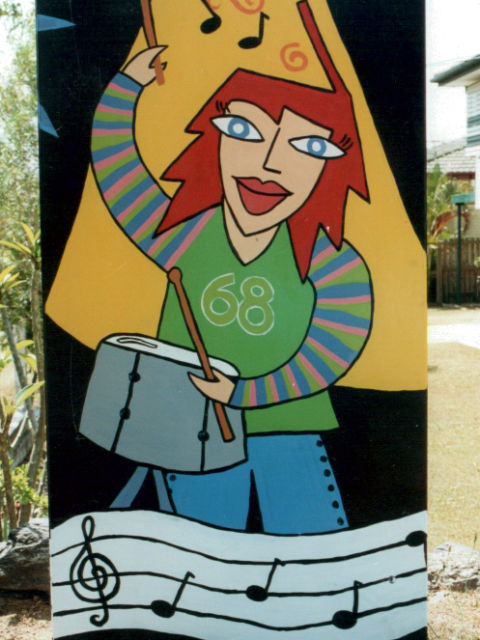 Other artworks by Jo Murphy 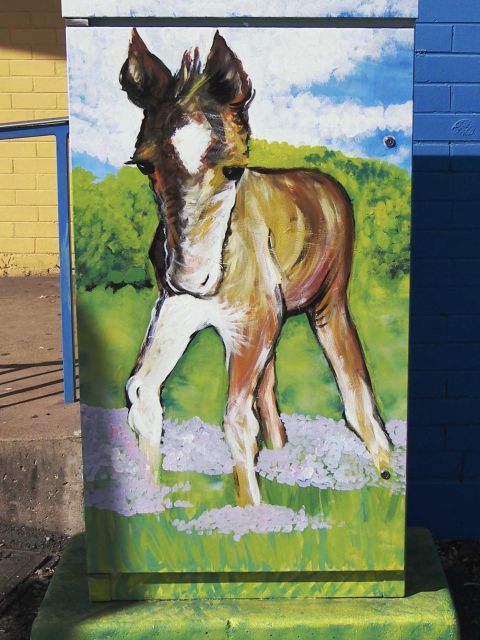 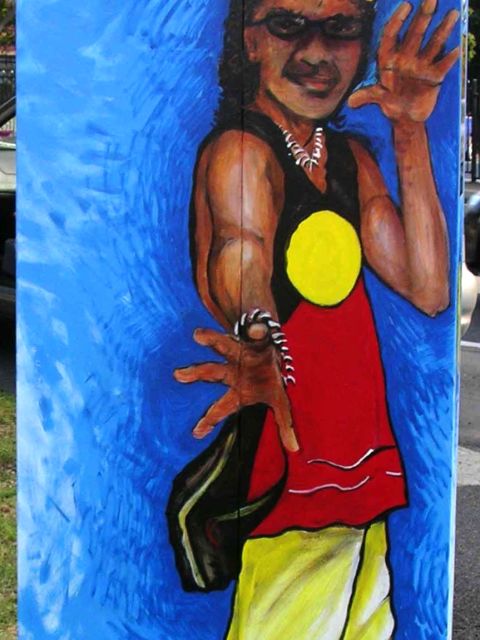 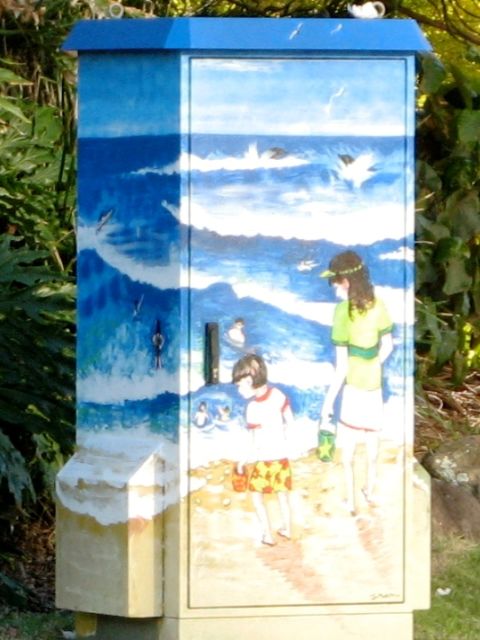 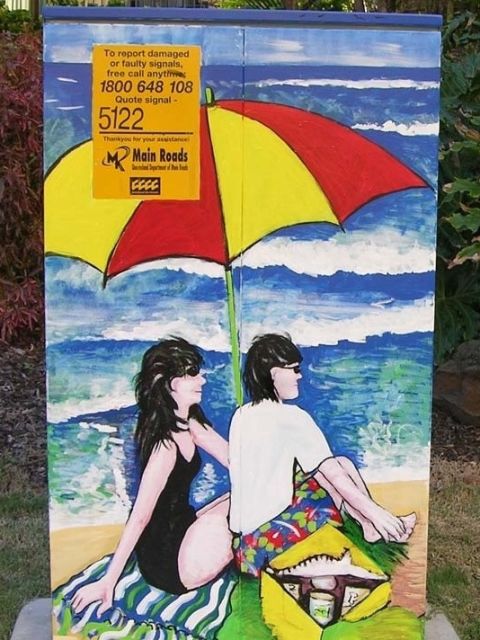 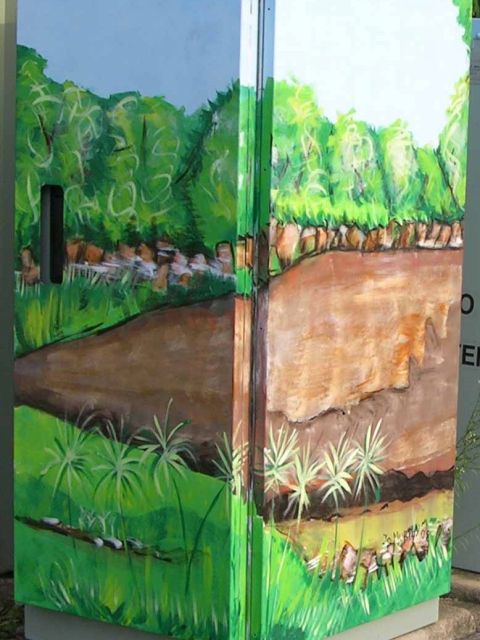 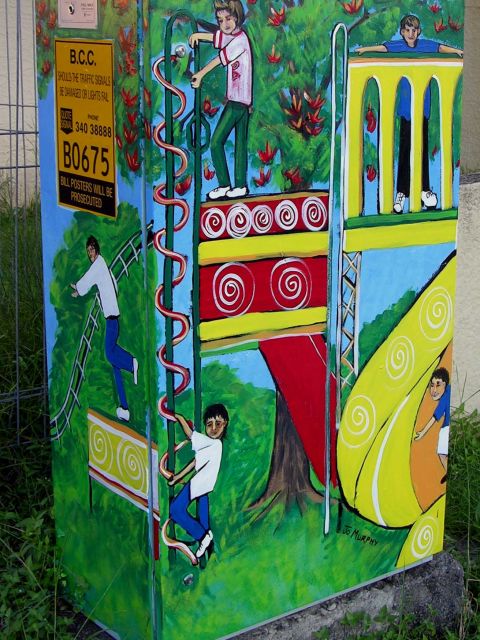 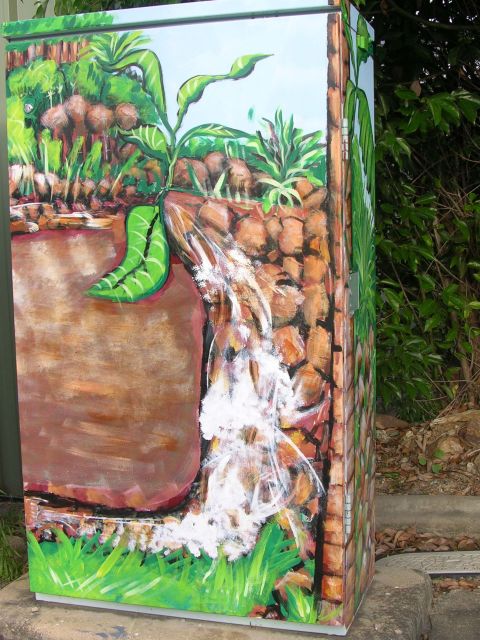 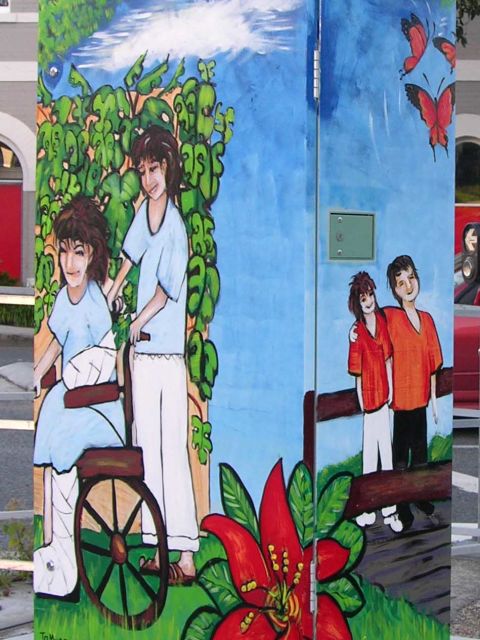 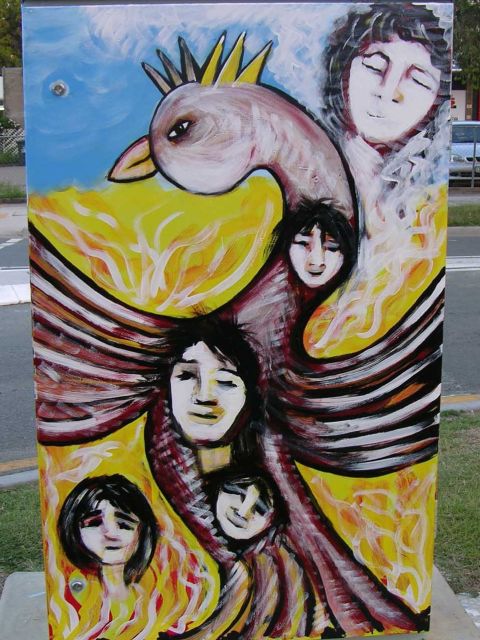 Rising From the Ashes II
Wacol 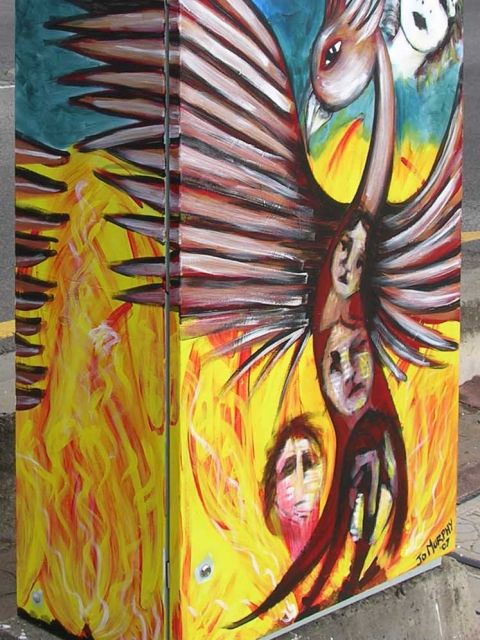 Rising From the Ashes
Annerley 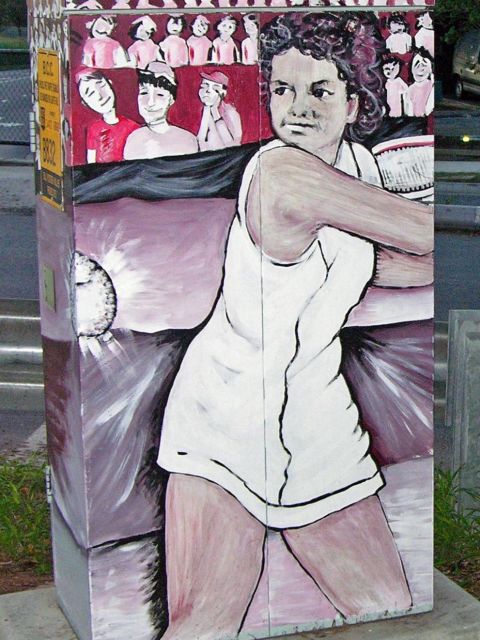 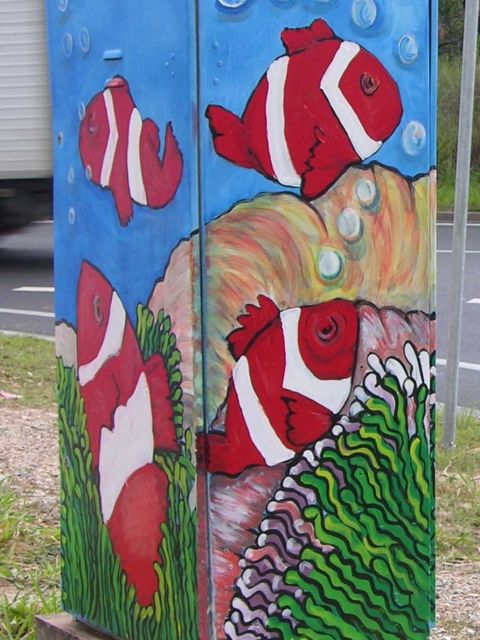