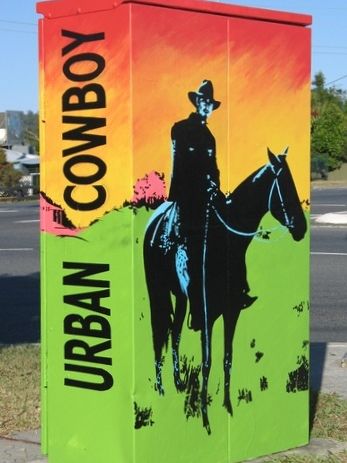 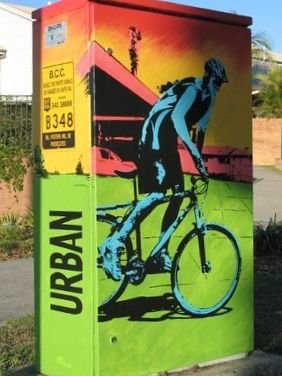 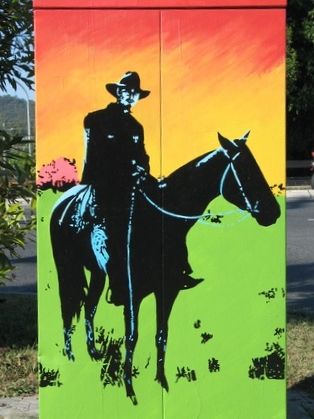 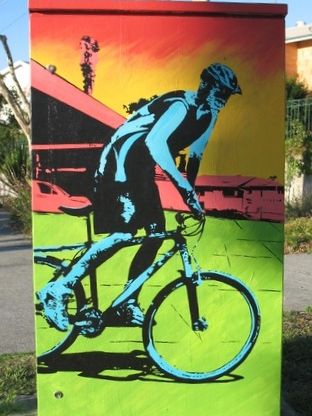 I wanted to draw a comparison between the stockman's horse and the cyclist's bike as forms of transport, The stockman would have looked after the cattle that grazed the hills 150 years ago. Now, The Gap is very popular with cyclists on their way to the 'hills' of Mount Nebo and Mount Glorious. Many cyclists also use their bikes as modes of transport to and from work, this being environmentally friendly as well as a great form of exercise. 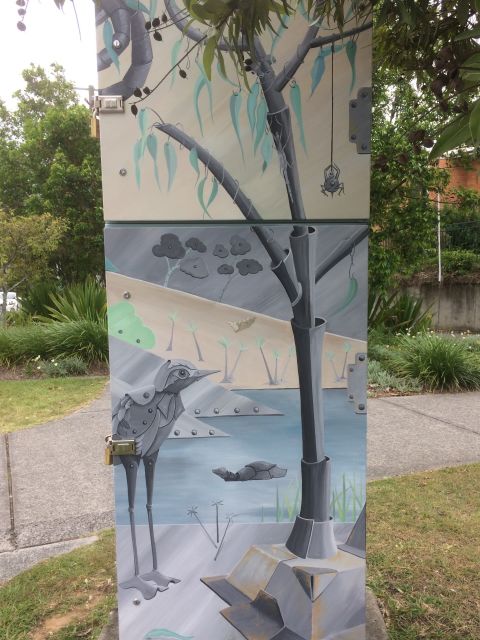 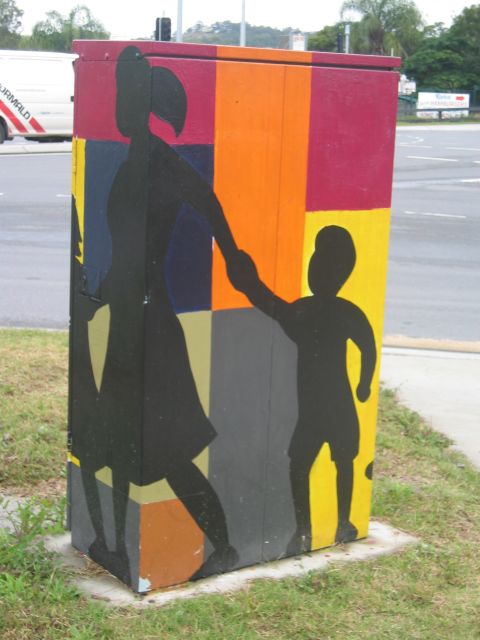 Other artworks by Kathy Sullivan 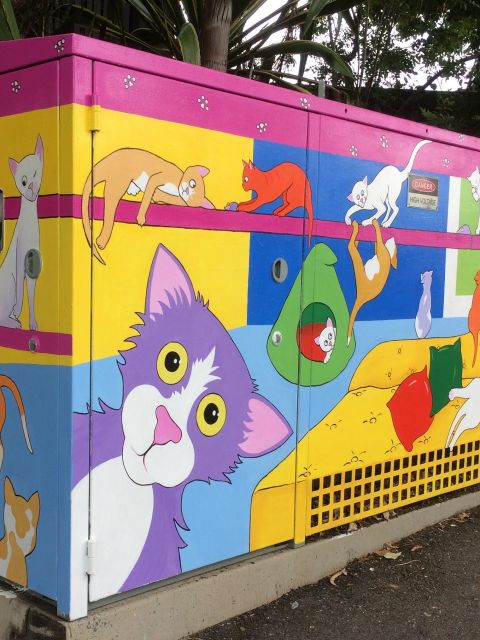 Preserving our Wildlife
The Gap, QLD 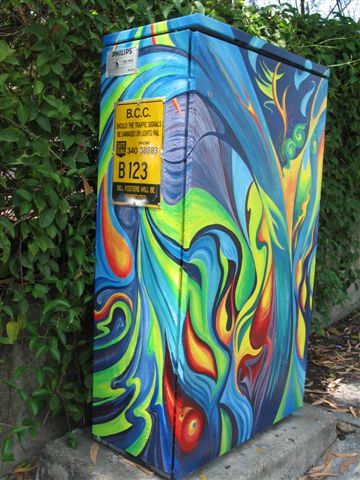