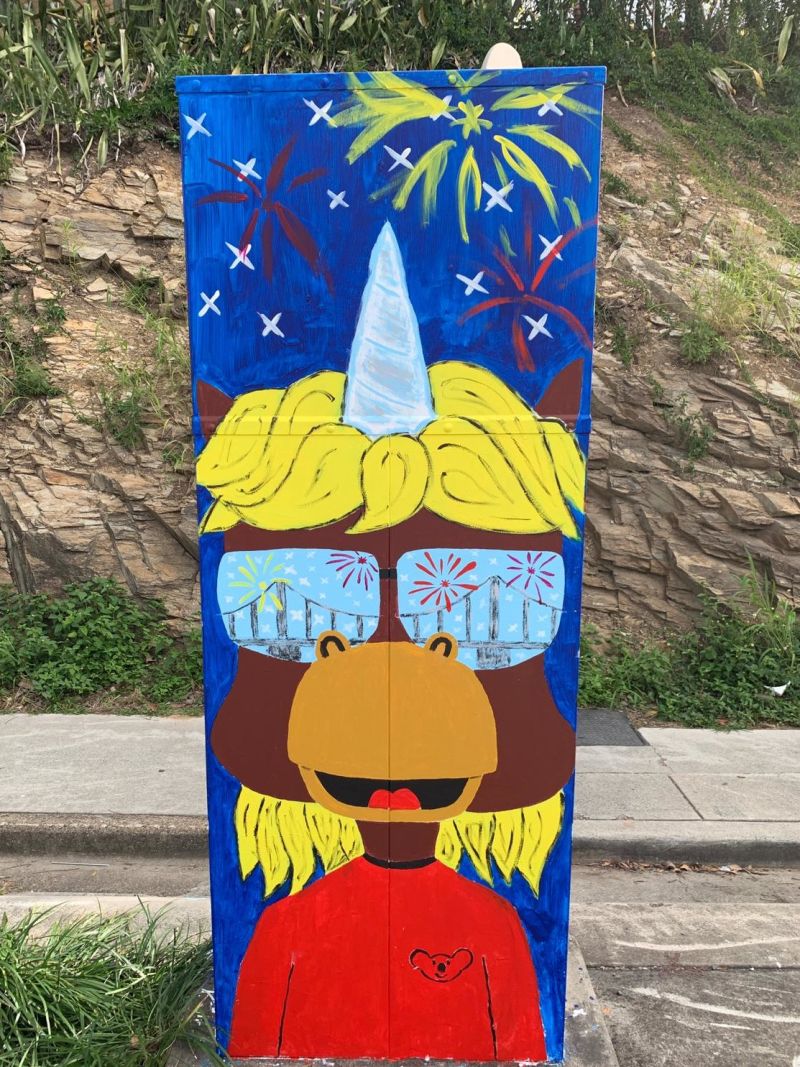 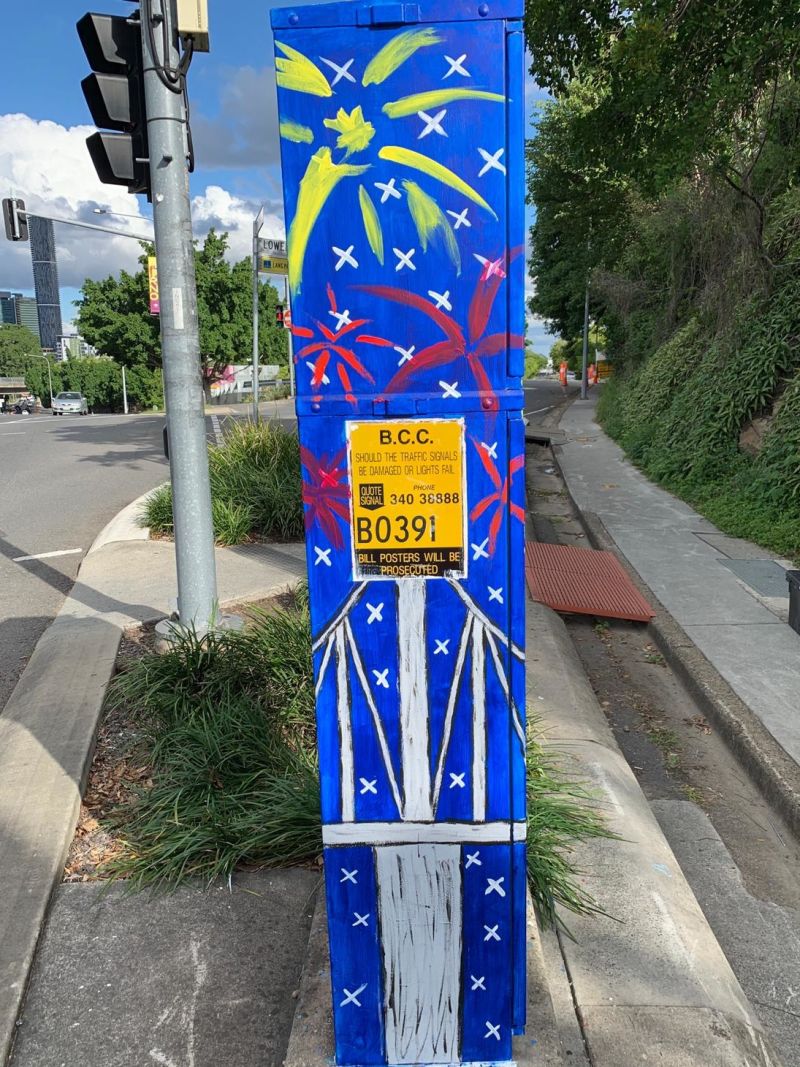 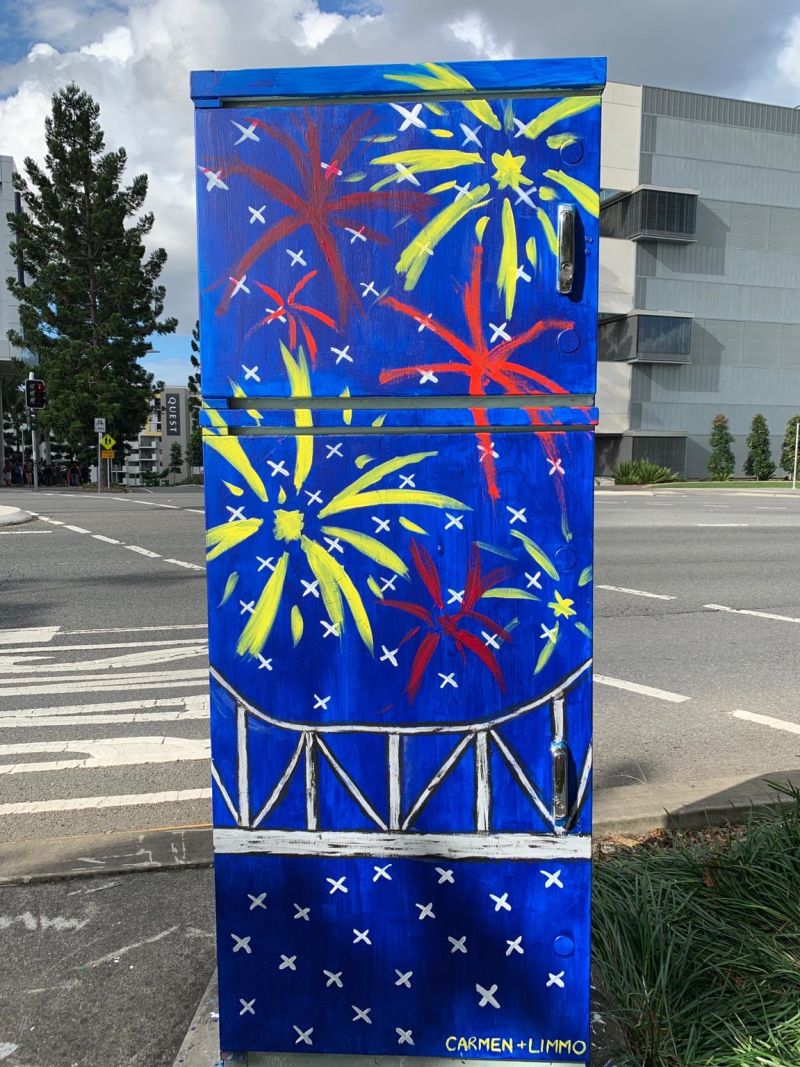 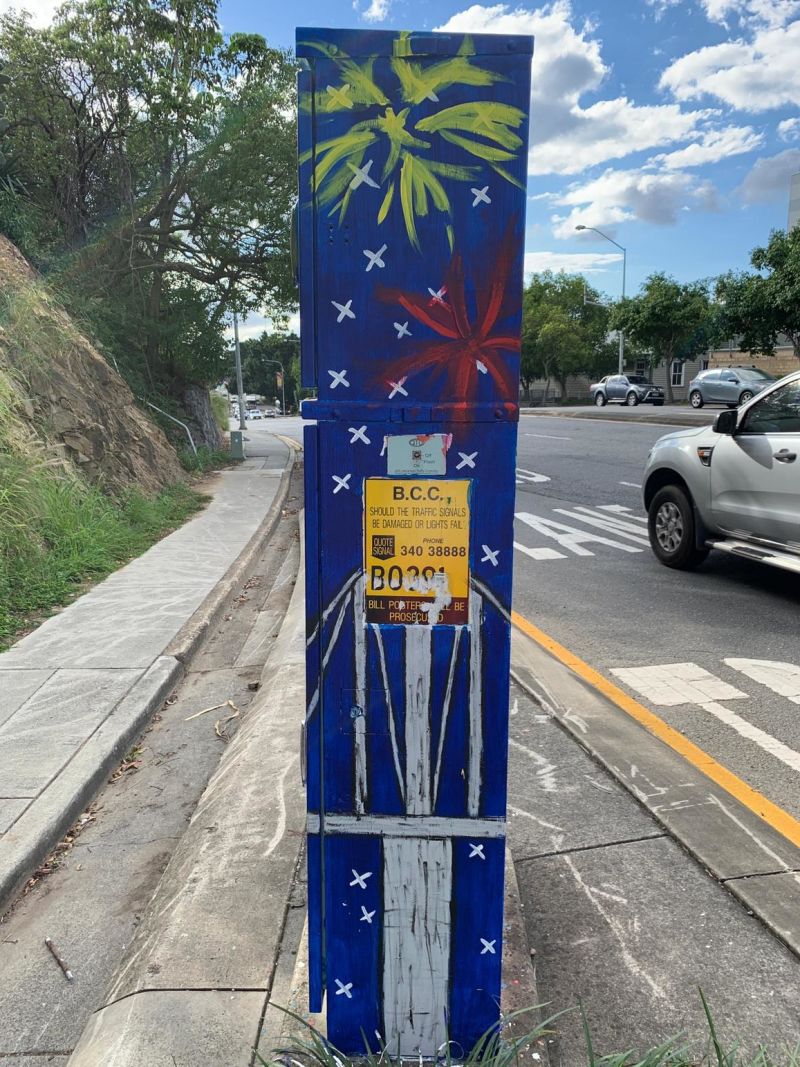 The Brisbane suburb of Kelvin Grove was named after the Kelvingrove Park in Glasgow, Scotland. This Scottish link is reflected in the Unicorn, which is Scotland's national animal, as well as in the dark blue sky filled with white stars/crosses (representing the Flag of Scotland which consists of a St Andrew's cross on a blue field).
It showcases the Story Bridge as the backdrop for bursts of fireworks during a Brisbane festive event. The colours of maroon and gold chosen for the Unicorn is a homage to the Brisbane Rugby League team (Brisbane Broncos); the red colour shirt with a koala on it is an inspiration taken from the Queensland Rugby Union team (Queensland Reds). 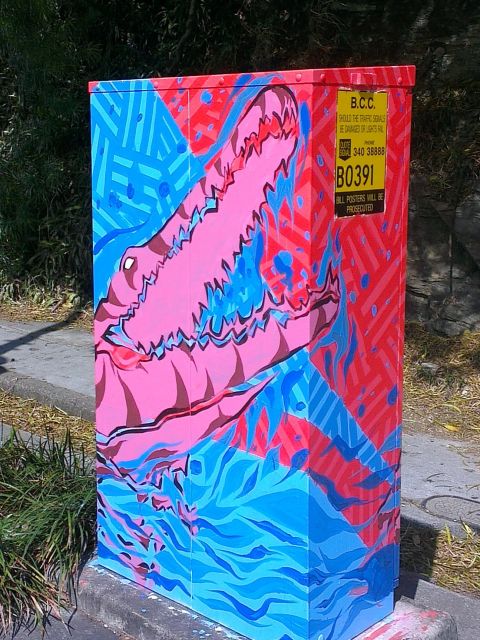 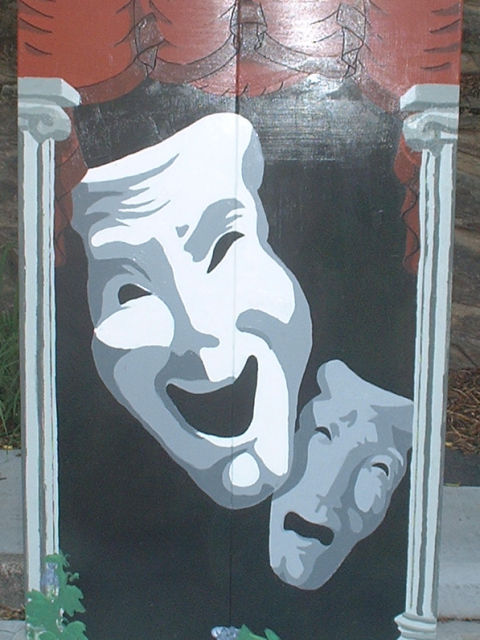