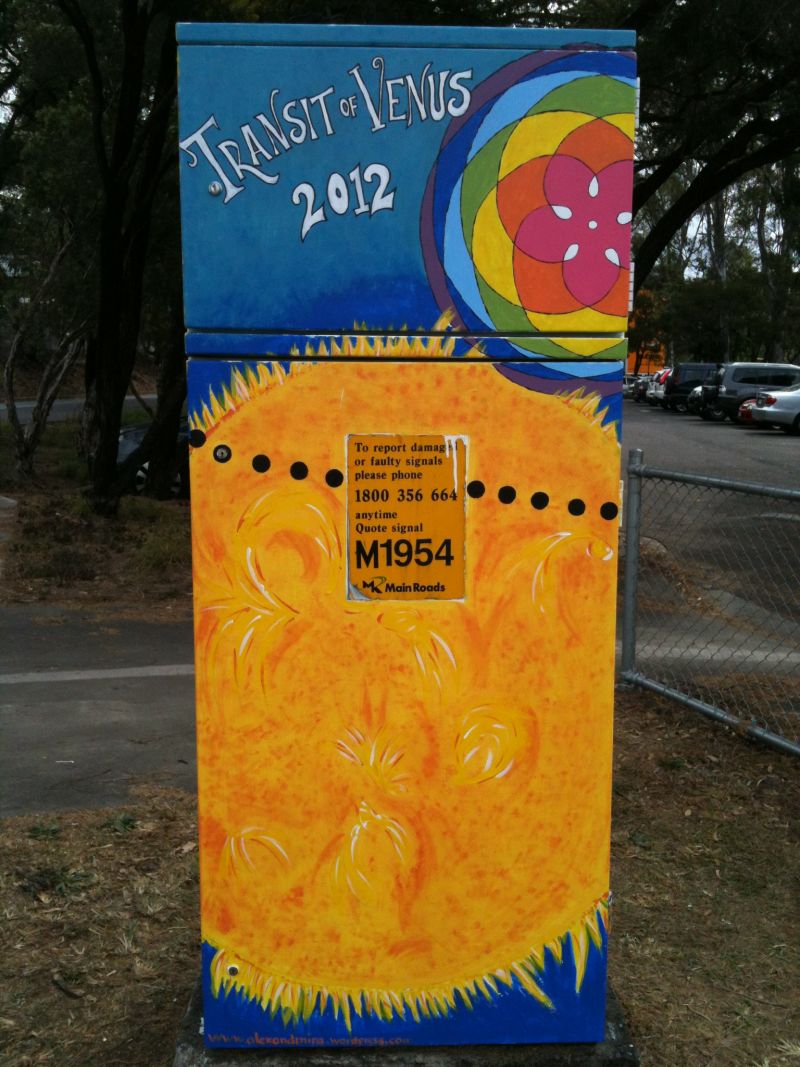 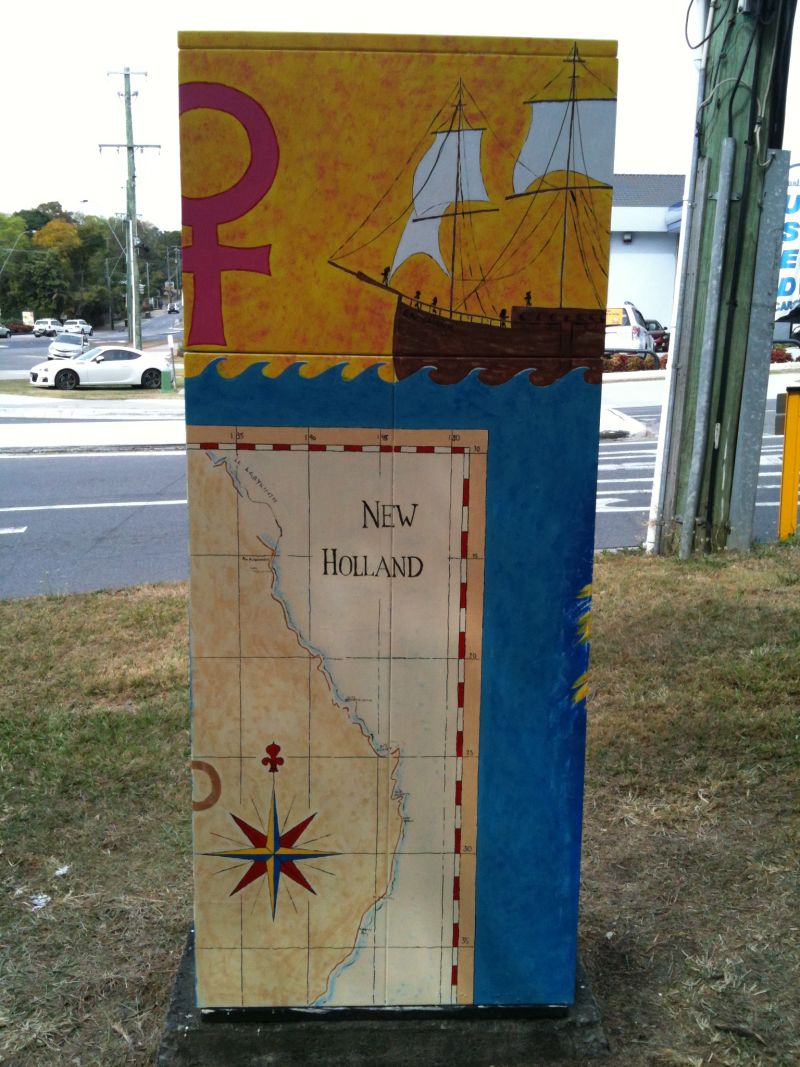 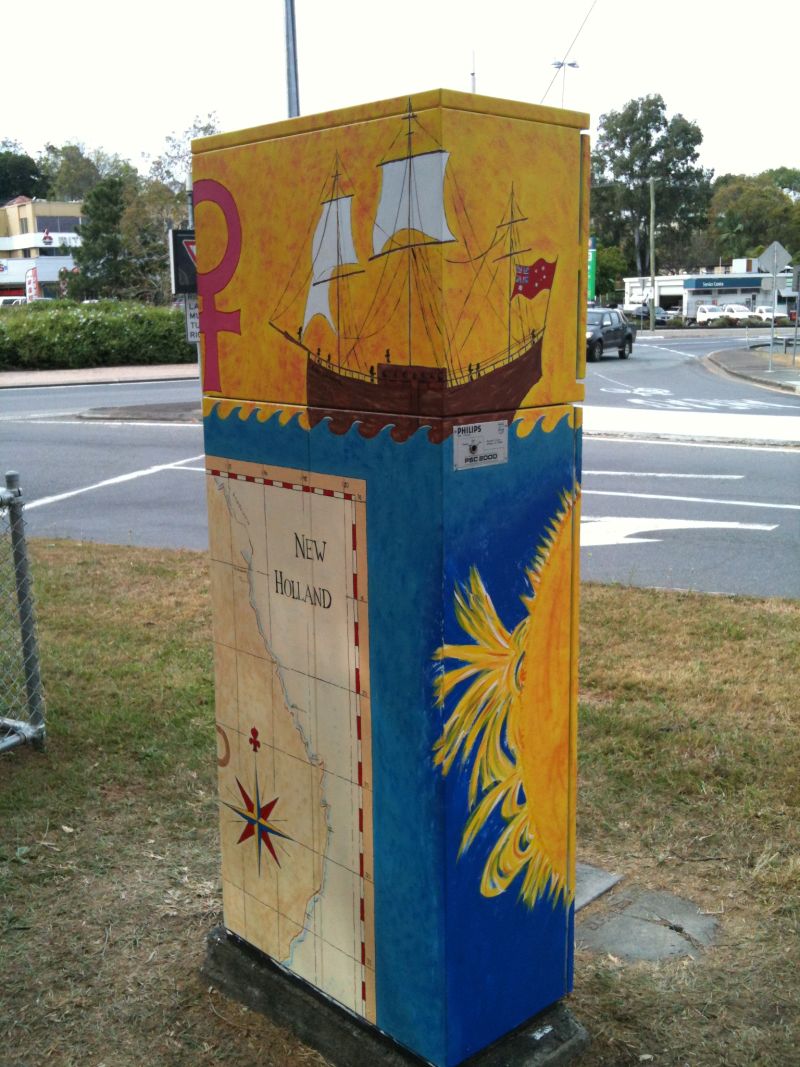 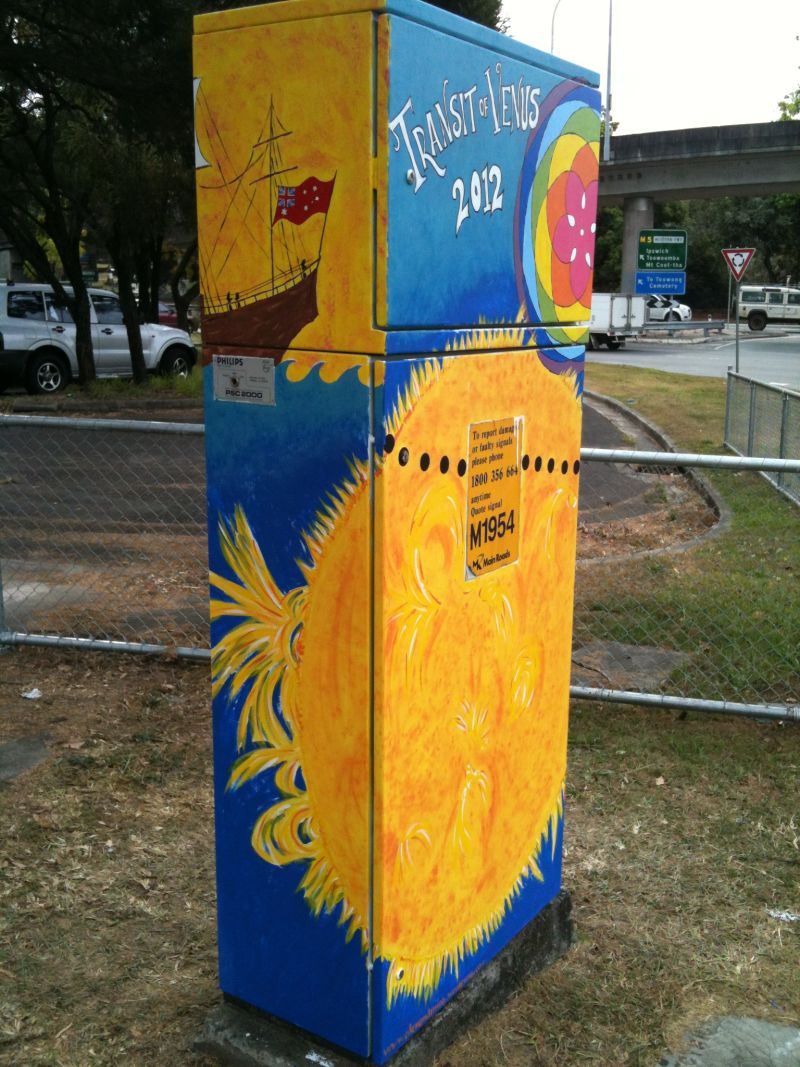 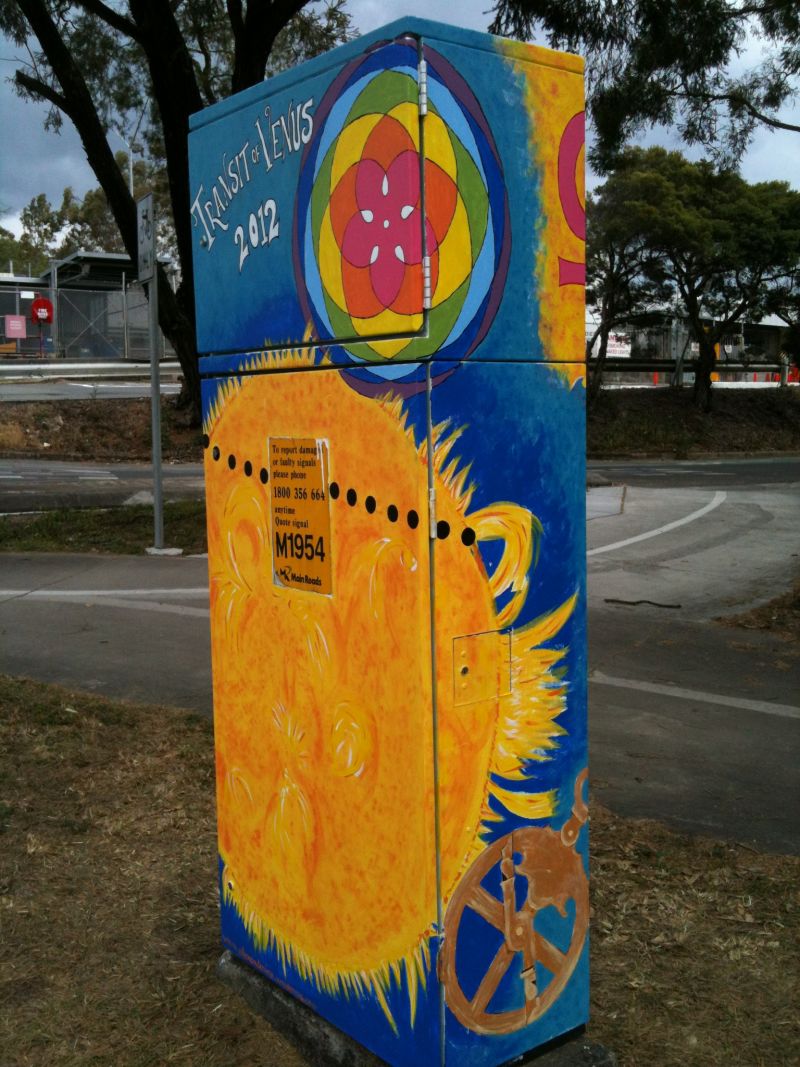 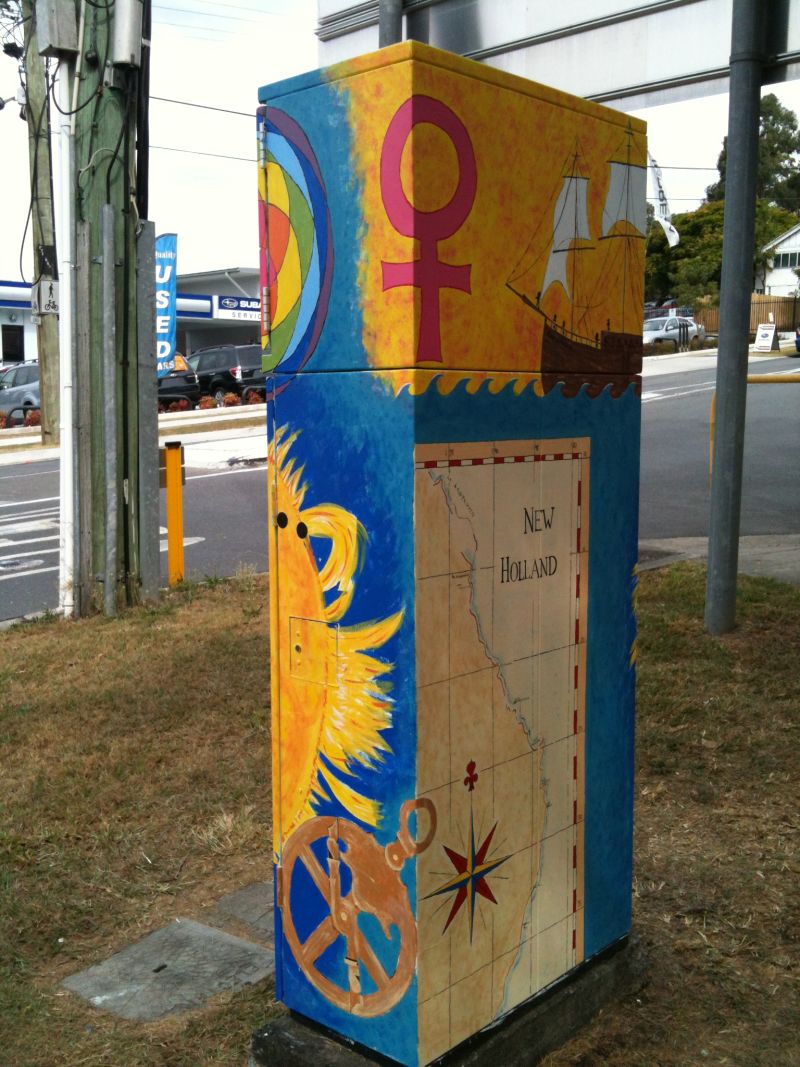 In June 2012 a rare astronomical occurance was visible here in Brisbane. The Brisbane Planetarium, not far from this traffic box, hosted a viewing of the transit of Venus across the sun, which will not occur again until 2117. It was after viewing the Venus transit of 1769 from Tahiti, that Captain
James Cook, in his ship the Endeavour, mapped the east coast of Australia and claimed it for Great Britain.

Main Roads Metro is an initiative of the Queensland Department of Transport and Main Roads managed by Urban Smart Projects. 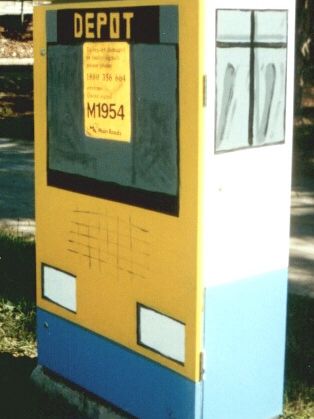