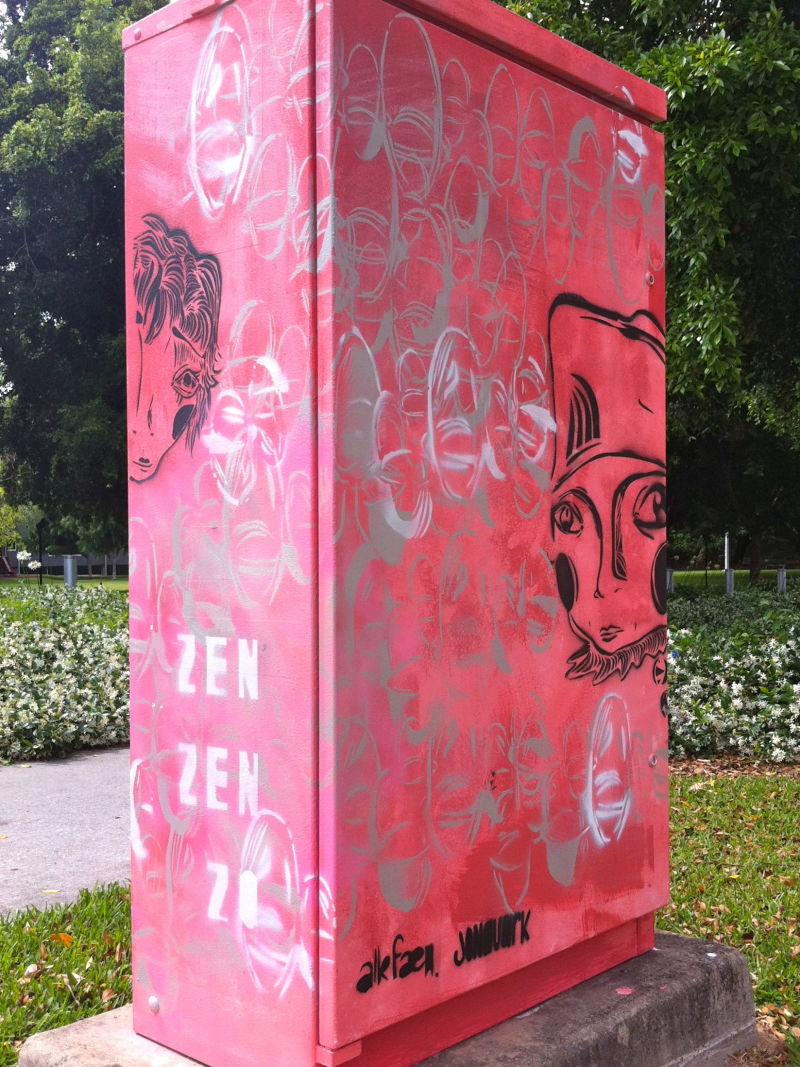 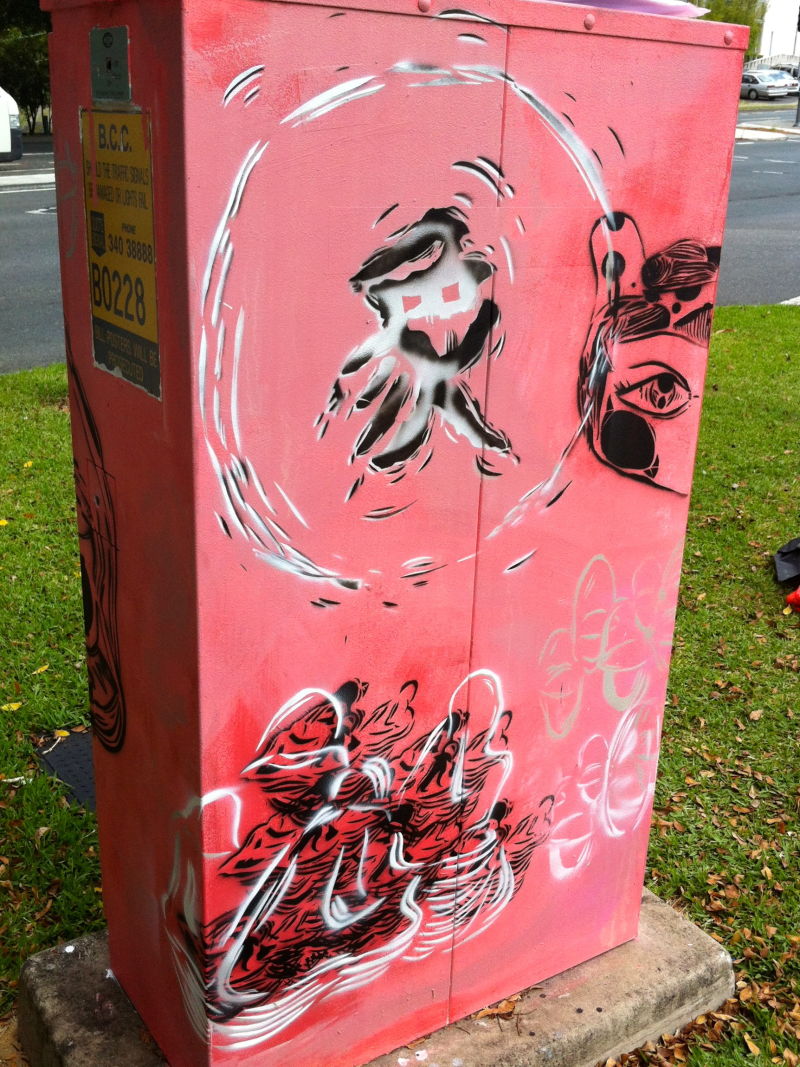 The background features a burnt orange landscape, stained with various shades of earthy reds. Thin black lines meander in an overlaid maze, intricately intermingling in a transformation which becomes a pair of humanistic faces.

Hiding beneath these images, the shadow of an elephant poses secretly in the corner.

The words “Zen Zen Zo” stamp the centre panel in a chalky white, marking the name which these markets represent: the home of the shadow, the elephant and these humanistic creatures of art, spirituality and culture.
The moon marked with “Never The Elephant” shines fiercely down over a vast field, upon the gleaming bodies of four Butoh dancers. 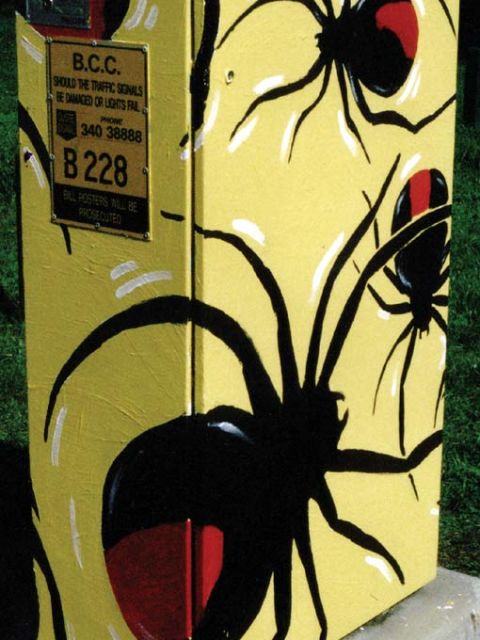